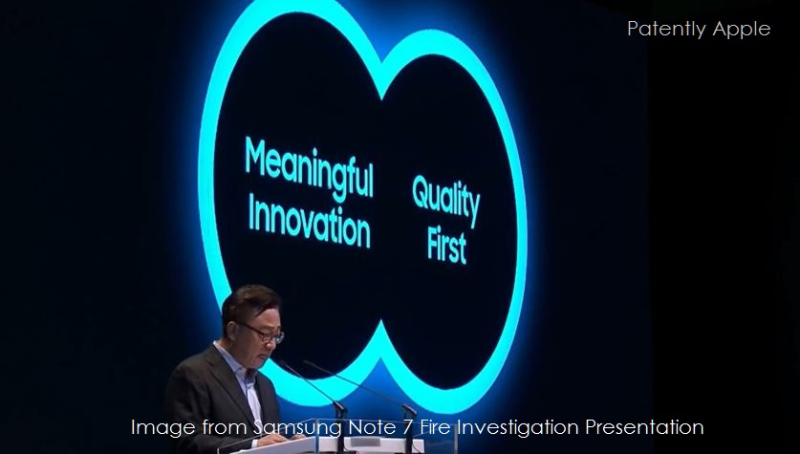 Samsung's heir Lee Jae-yong was only appointed to the board of directors in October 2016 when he had to immediately deal with the Note 7 crisis in additon to reported cases of exploding top-loading washing machines. Lee took out a full page ad in the Wall Street Journal appologizing to U.S. customers for the Company's breakdown in quality control. Then on January 22 Samsung held a special news conference to explain the problems behind the Note 7 fires due to faulty batteries and recommitt their company to making quality number one at Samsung as noted in our cover graphic. But their efforts to rebuilt their quality reputation fell on deaf ears in the U.S. According to a new report published today, the reputation of the Samsung brand in the US has plummeted to #49 in a top 100 list of top brands.

According to the 2017 Reputation Quotient Ratings by Harris Poll, Samsung ranked No. 49 among 100 corporations surveyed. The firm's reputation quotient fell 46 spots compared to 2015, when it ranked No. 3, ahead of both Apple and Google. Samsung came in at No. 7 last year, having secured a spot in the top 10 in the previous three years. No. 13 in 2012 was Samsung's lowest rank, marking the company's first appearance on the ratings. 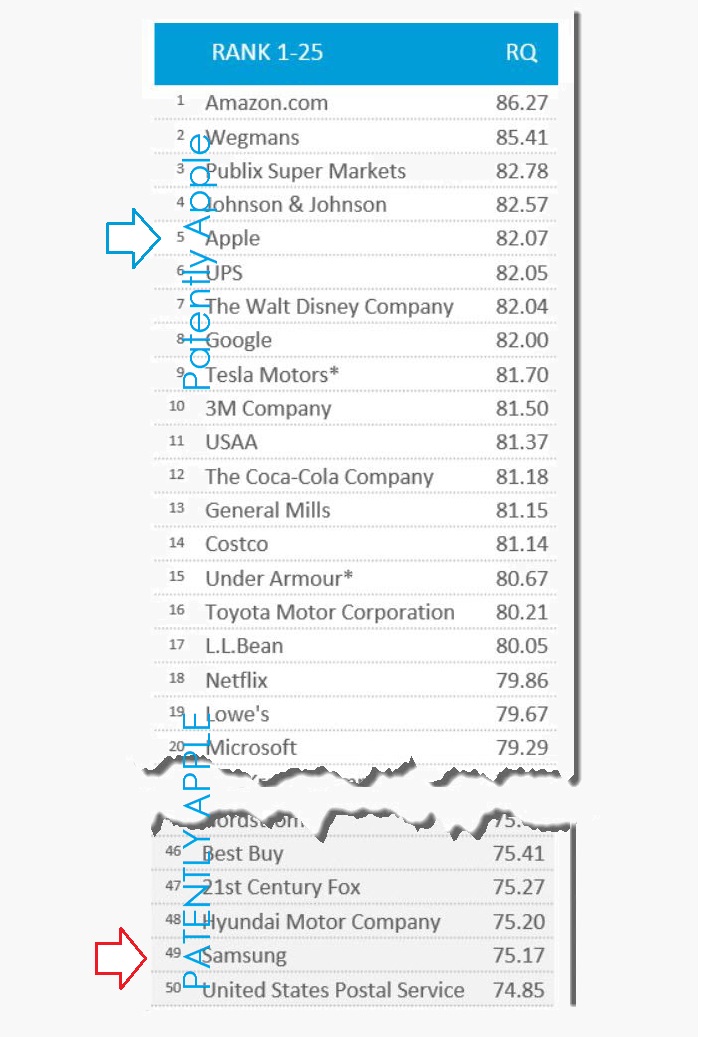 The Harris Poll Reputation Quotient measures the reputations of the most visible companies in the US, as perceived by the general public. The poll was conducted among 23,633 U.S. respondents from Nov. 29 to Dec. 16, 2016, in which they were asked to rate the firms in six dimensions: social responsibility, products and services, vision and leadership, emotional appeal, financial performance, and workplace environment.

E-commerce giant Amazon topped the Harris Poll results as noted in our graphic above with Apple landing in fifth position.

Suh Yong-gu, a professor of marketing at Sookmyung Women's University admitted that "The failed Galaxy Note 7 and the arrest of heir apparent Lee Jae-yong on bribery charges are huge negatives," that can't be denied.

The professor added that "Samsung has to overcome its tarnished reputation by rolling out a better gadget, and use Lee's arrest as a chance to enhance transparency by cutting off collusive links between business and politics."

Illegal actions by corporate leaders was one of the biggest risks to corporate reputation, which was cited by 85 percent of Americans surveyed, according to Harris Poll.

Other risks factors included lying or misrepresenting facts about a product or service, account manipulation and security or data breaches.

When asked which company damaged their reputation the most this past year, most consumers cited Wells Fargo, where bank employees created over 1.5 million unauthorized fake bank accounts. That was followed by Volkswagen, which recalled millions of vehicles worldwide due to false emissions test results, and Samsung, Harris Poll said.

The Korean report pointed out positive results for Tesla Motors at #9, Microsoft at #20 and Nike at #33. It was kind of humorous that the Korean report just happened to miss Samsung's rival Apple sweetly sitting in the #5 spot. Oh how typical of the Korean Press.

Just as Samsung is preparing to launch new products like tablets at next week's Mobile World Congress trade show in Barcelona, and perhaps give us glimpse of the Galaxy S8 (not launch it), the ongoing news of Samsung's Heir arrest and today's devastating hit on their brand reputation are the last things that they needed to see made public.