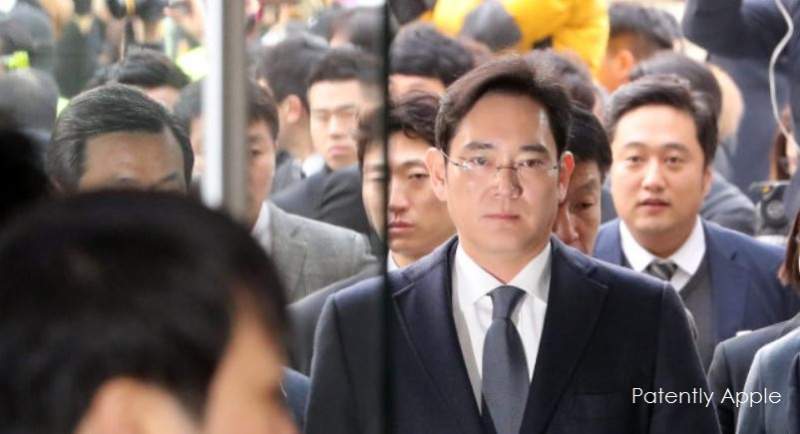 Bloomberg reports tonight that "Samsung Group's Jay Y. Lee was formally arrested on allegations of bribery, perjury and embezzlement, an extraordinary step that jeopardizes the executive's ascent to the top role at the world's biggest smartphone maker and the nation's most powerful company.

The Seoul Central District Court issued the warrant for Lee's arrest early Friday. Including procedural steps and appeals, it may take as long as 18 months for a trial and verdict. There's a chance the suspect could destroy evidence or flee, so arresting him is appropriate, a court spokesperson said.

Investigators are looking into whether the vice chairman of Samsung Electronics Co. was involved in providing as much as 43 billion won ($38 million) to benefit a close friend of South Korean President Park Geun-hye, in exchange for government support of his management succession. Prosecutors allege that Lee, 48, funded Park's associates as he tried to consolidate control over the sprawling conglomerate founded by his grandfather.

Lee, who had been waiting for the court's decision at a detention center in Seoul, will remain there as a result of the arrest warrant. The court rejected the arrest of Samsung Electronics President Park Sang-Jin. Samsung said it couldn't immediately comment on the arrest. For more on this, read the full Bloomberg report here.

Reuters adds that "The judge's decision was announced at about 5:30 a.m. (2030 GMT) on Friday, more than 10 hours after Lee, the sprawling conglomerate's third-generation leader, had left the court."

At the time of this posting, it's about 9:30 a.m. in Korea and Korean tech sites have yet to digest the news and report on its developments. Perhaps it's shock. For now it's about an arrest warrant. It's not a conviction and Samsung will have the best lawyers in the country making the case of not guilty. So it's far from over.