Samsung Electronics has recently filed a trademark for its pending foldable smartphone, dubbed "Galaxy X," with South Korea's patent office. Samsung has been widely rumored to be working on its first fordable smartphone -- with the bendable screen folding outward, unlike the old flip phones -- as early as in the third quarter this year.

The Korea Herald continues to claim that "Samsung plans to showcase the folding device as well as the upcoming Galaxy Note 8 smartphone, at the IFA electronics trade show in Berlin in September. Sources say the initial production volume of the foldable phone, measuring approximately 7 inches when unfolded, is expected to reach more than 100,000 units.

The problem is that this is old news being rehashed by the Korea Herald. More recent news has Samsung executives explaining that a foldable smartphone is ready for primetime in 2017.

Earlier this month Patently Apple posted a report that derived from Korea's ETNews that noted that Samsung is "going to introduce their new foldable Smartphones and foldable displays to other companies that are invited to MWC at a private room. Their plan is to predict demands for foldable products after looking at responses from markets with its customers at the center.

Generally supply contracts of panels are prepared at least one year prior due to timing of production and supply. Samsung Display can predict demands for its displays in the future by examining responses from the markets towards its foldable displays at MWC." This is a clear indication that Samsung isn't ready to mass produce a foldable smartphone prior to February 2018.

Does Samsung have a foldout smartphone design? Yes of course and we've recently posted a report covering their granted design patent as noted below. 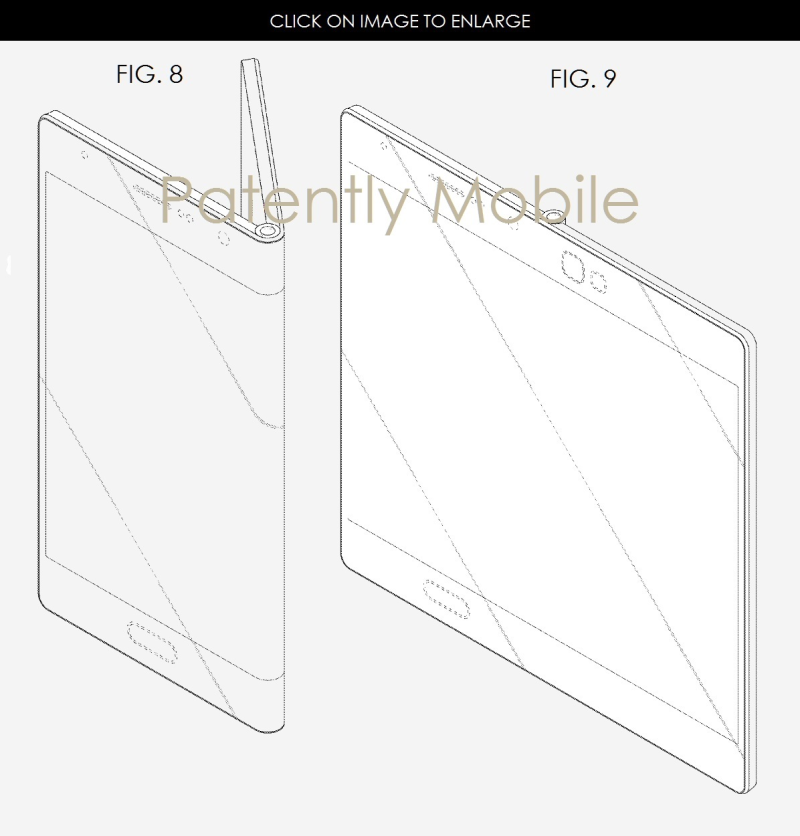 But didn't Samsung just file a trademark for Galaxy X? Yes they did on February 24, 2017. However, there's no indication whatsoever that it's for a "foldable" smartphone.

Samsung's South Korean trademark application is very generic as noted below with no indication it's for a foldable smartphone. 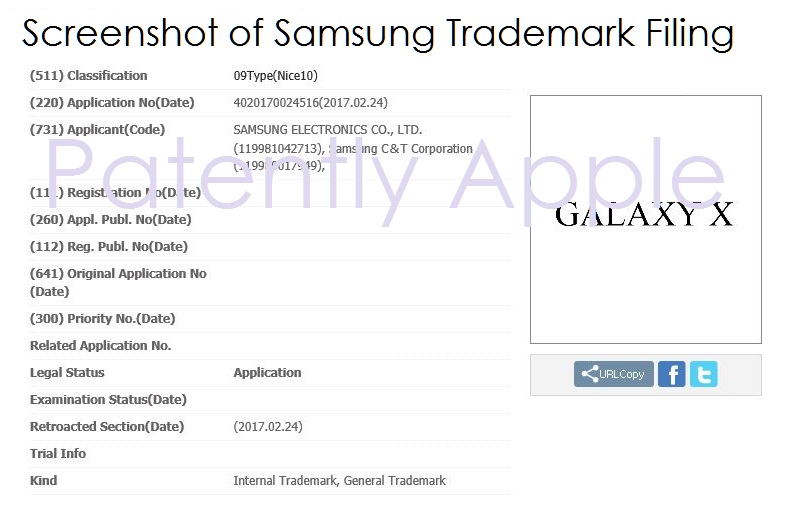 Samsung's trademark application points to Classification being 09 Type (Nice10). When you click on that part of the application it brings you to the page noted below in-part with the Korean verbiage for Type 09. Below that is the Bing Translation. 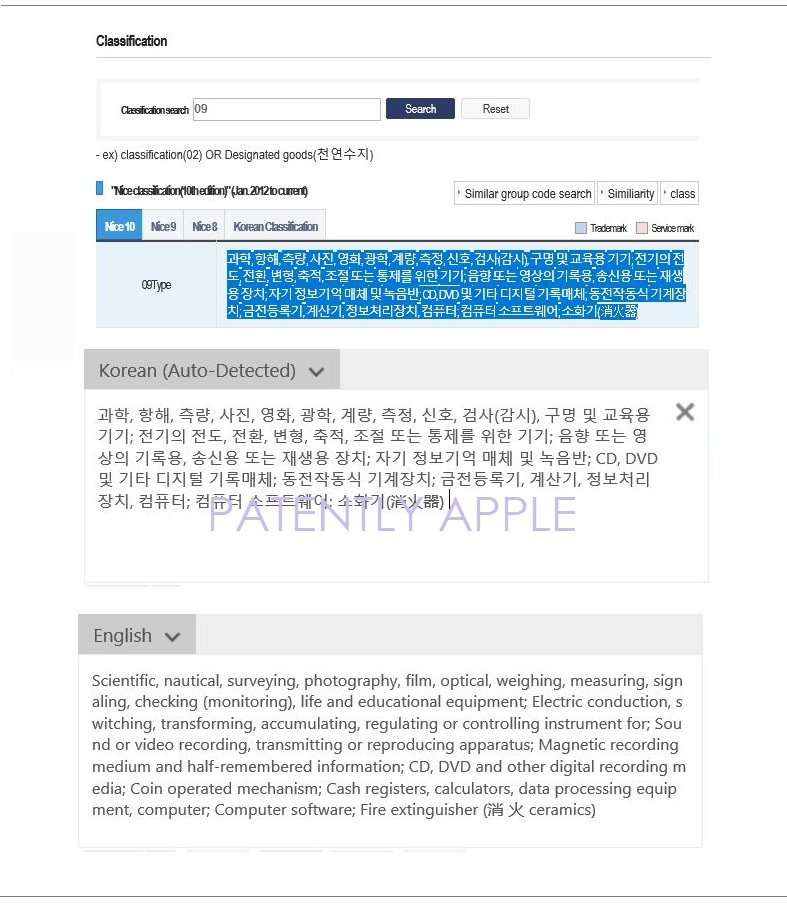 Even if you stretch it to represent only International Class 09, that limits coverage to hardware in general and it would have been up to Samsung to list any particulars that would specifically cover a divergence such as foldable smartphone. So without an official word from Samsung that this trademark is for a future foldable smartphone, all we're left with are Android tech writers running with what amounts to being Fake News; a rumor run amok one, two, three, four and more.)

At the moment, there's no proof that the trademark Galaxy X represents a folded or folding smartphone. Technically speaking, Trademark Classification Nice 10 is for medical applications and apparatuses as note officially by WIPO.

So while it's been long known by Patently Mobile / Patently Apple that Samsung has been working on all kinds of futuristic flexible, foldable and bendable smartphones, that's not what's in dispute. What's in dispute is the new trademark Galaxy X being attributed specifically to a foldable smartphone and there's no such evidence of that going by the official trademark application filed on February 24, 2017.

While Samsung is likely reserving this trademark for a futuristic smartphone of some kind or other, it could also be use to blur the line marketing wise with Apple's tenth anniversary iPhone that will debut later this year. Yet for now it's just another trademark among dozens filed every year by Samsung with no direct link to a foldable smartphone, end of story.