The U.S. Patent and Trademark Office officially published a series of 62 newly granted patents for Apple Inc. today. In this particular report we cover a new moisture routing system that could bring a new level of water resistance to future iPhones and other iDevices.

Apple notes that during normal operation, a device may be exposed to moisture from precipitation or perspiration. The moisture may enter the interior of the housing of an electronic device through gaps. To prevent damage to sensitive components mounted within the device housing, moisture repelling and attracting layers may be patterned on printed circuit boards, conformal coating layers, and other internal structures of the device. 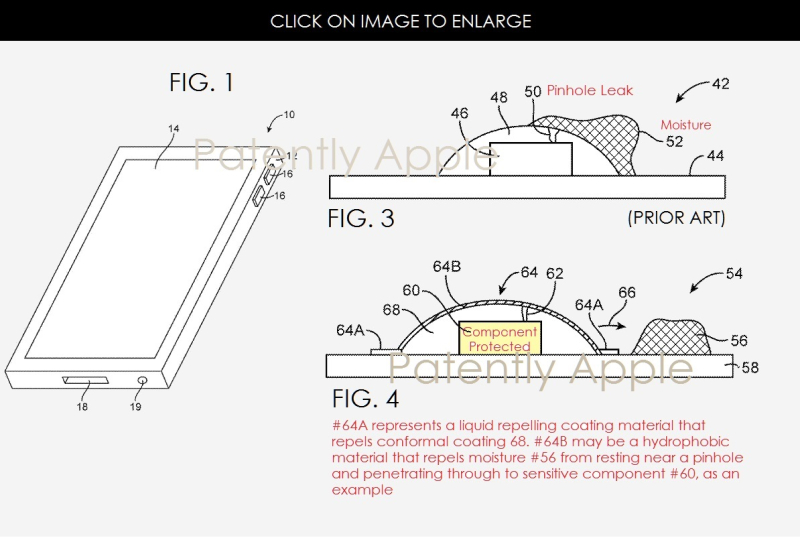 Apple's patent FIG. 16 is a flow chart of illustrative steps involved in forming device structures that incorporate patterned liquid repelling regions and liquid attracting regions in accordance with an embodiment of the present invention. 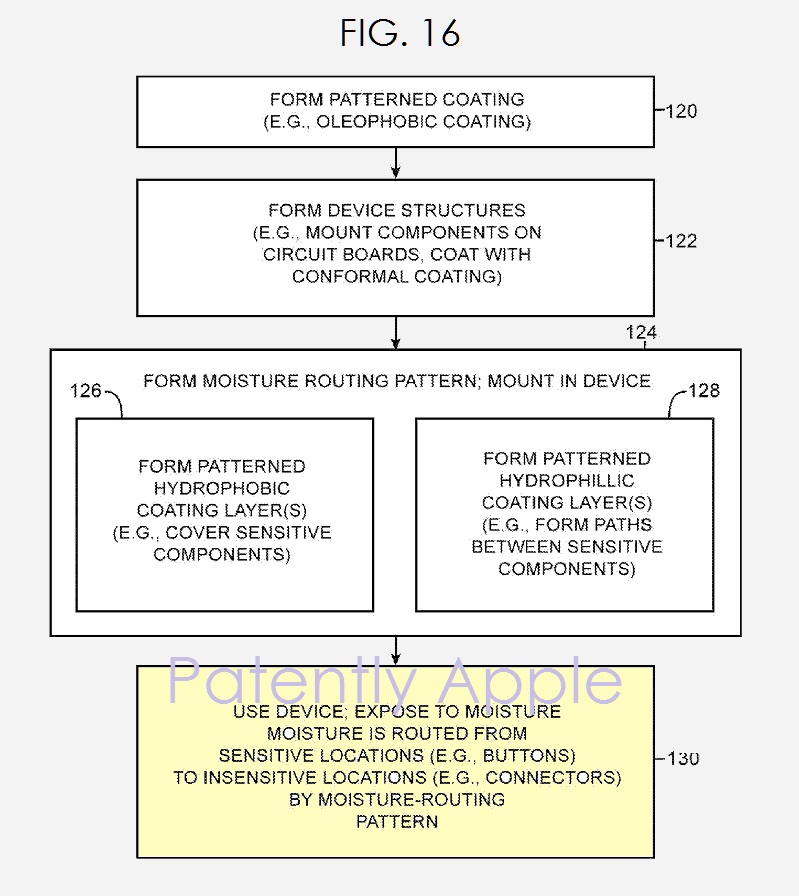 Apple's granted patent 9,585,275 was originally filed in Q4 2014 and published today by the US Patent and Trademark Office.