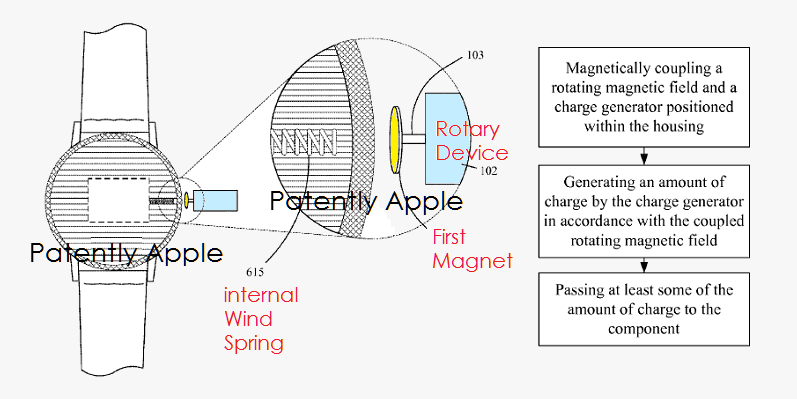 The U.S. Patent and Trademark Office published one of Apple's inventions today that was first granted back in September. The patent covers possibly adding a new function to the Digital Crown: Fast Charging – a new method of providing Apple Watch with an added boost of power when it's running low. Apple has since that time filed for a patent that would embed a charger into one Apple watch band design. You could review our original granted patent report here for more details and graphics. An amateur patent writer this morning mistook today's patent published by USPTO as an original patent rather than one that has already been granted and simply revisited by Apple. But if you missed the original report, it's an interesting invention to review.. 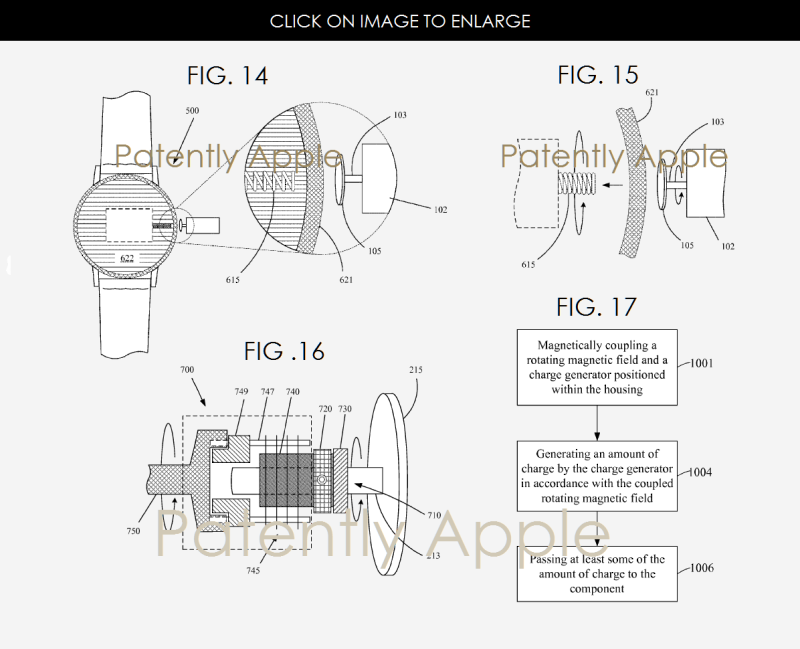 Patent Claim #12: The portable electronic device of claim 8, further comprising: a power supply that is included within the enclosure, wherein the power supply is configured to receive the electrical energy.

Patent Claim #14: An electronic device that includes a contact-free charging mechanism, the electronic device comprising: a housing including an interface region that is included between a magnetic element that is external to the housing and a coil element that is disposed within an interior cavity of the housing, wherein the coil element is configured to rotate in a substantially similar direction as an externally applied rotating magnetic field generated by the magnetic element; and a charge generator that is coupled to the coil element and is disposed within the interior cavity, wherein the charge generator creates electrical energy based on rotation of the coil element.

Patent Claim #18: The electronic device of claim 14, further comprising: a power supply that is included within the interior cavity, wherein the power supply is configured to receive the electrical energy.

Patent Claim #20: The electronic device of claim 14, wherein the housing is comprised of a magnetically neutral material