Home Archives Contact Us Subscribe Twitter Facebook Patently Mobile
Apple's iPhone 7 was the Top Brand in Great Britain in Q4 2016 with Brand Loyalty hitting an All-Time High
Korea's LG commits to a New U.S. Headquarters to be Operational in New Jersey Sometime in 2019 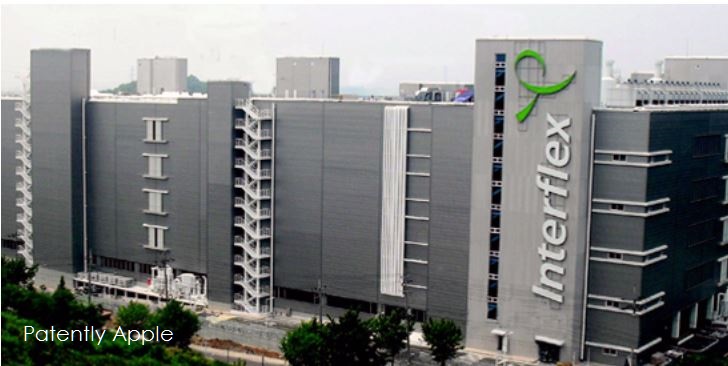 Citing unnamed sources, the report said that Interflex is currently developing the prototypes with aims to start shipments in April.

Touch screen panels allows multitouch functionality to be embedded on top of a thin film transistor rather than as a separate component above the display. Smartphone makers are increasingly adopting the technology to simplify the multilayer touch interface.

Interflex, one of the leading companies in the field, also supplies the parts to Samsung Electronics' Galaxy S8 that is expected to be unveiled later in March.

This is the first time for the Korean parts maker to supply to Apple.

The iPhone 8 is widely rumored to be launched in three models, including the first iPhone to adopt organic light-emitting diode screen.

Interflex is expected to supply touch screen panels for the premium OLED model, shipping almost half the production of about an annual 80 million units.

The firm is also supplying flexible printed circuit boards or PCB for the iPhone 8 through Samsung Display, the sole OLED supplier.