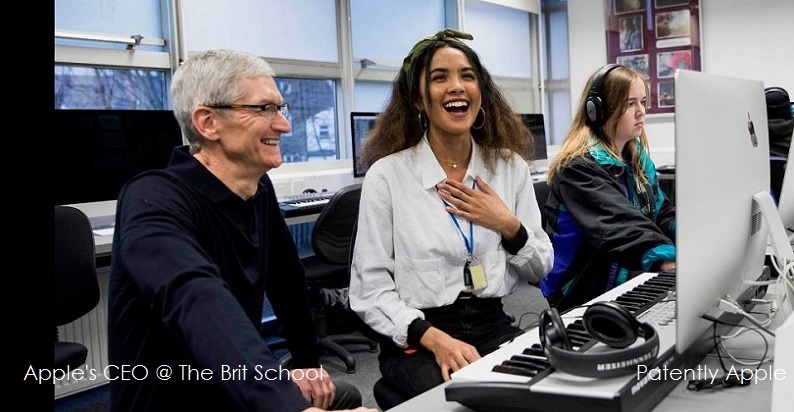 After meeting with Britain's Prime Minister Prime Minister Theresa May this morning over tea and politics, Apple's CEO took some time during his London stopover to visit The Brit School of Performing Arts and Technology where Macs are used front and center throughout the school for music, their intenteractive design studio and beyond. 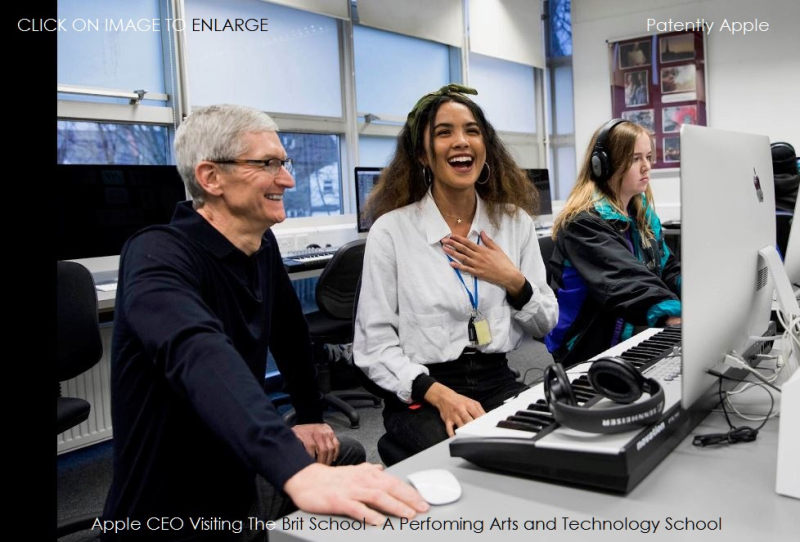 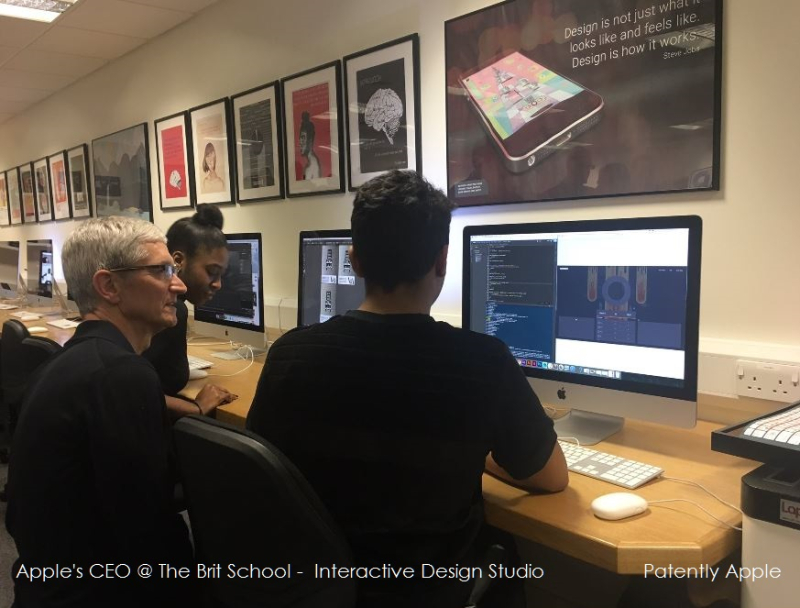 In the evening Apple's CEO was given a tour of the David Hockney Digital Art Exhibition at Tate Britain by curator Chris Stephens. 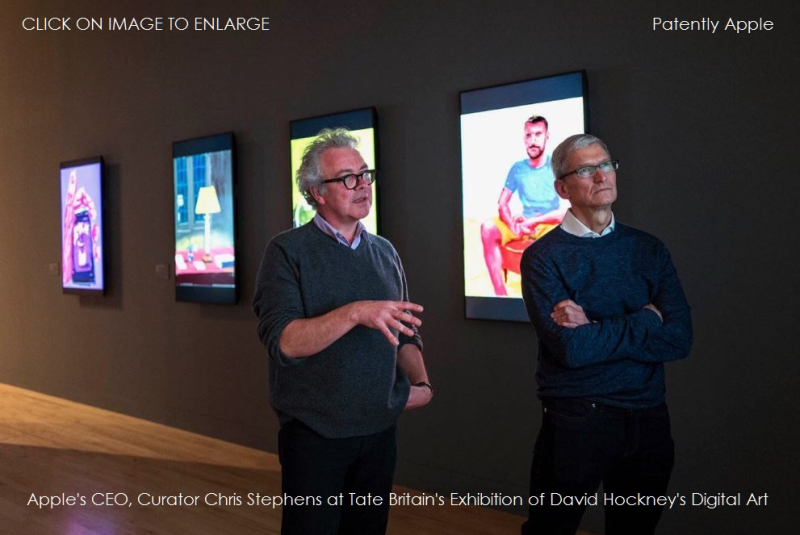 Earlier in the day Tim Cook spent some time over at the ustwo video games studio. The Independent interviewed Cook there and of interest was Cook's comments on Augmented Reality. 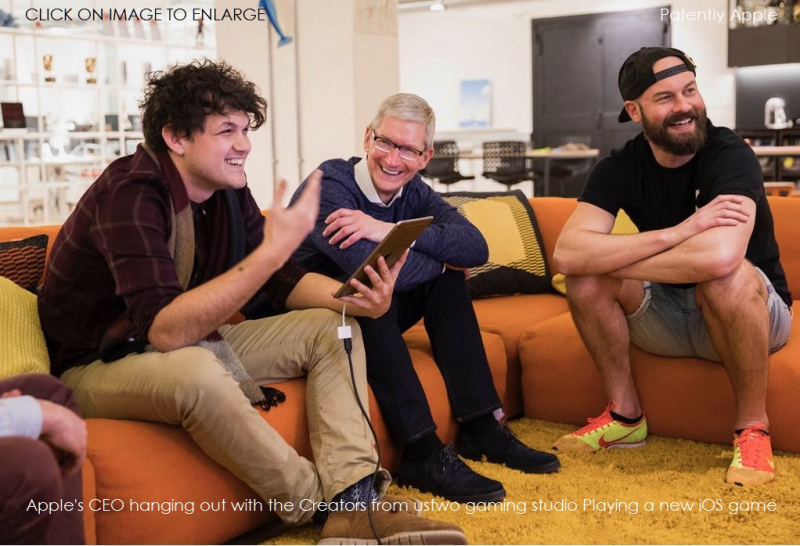 "I'm excited about Augmented Reality because unlike Virtual Reality which closes the world out, AR allows individuals to be present in the world but hopefully allows an improvement on what's happening presently. Most people don't want to lock themselves out from the world for a long period of time and today you can't do that because you get sick from it. With AR you can, not be engrossed in something, but have it be a part of your world, of your conversation. That has resonance.

I regard it as a big idea like the smartphone. The smartphone is for everyone, we don't have to think the iPhone is about a certain demographic, or country or vertical market: it's for everyone. I think AR is that big, it's huge. I get excited because of the things that could be done that could improve a lot of lives. And be entertaining. I view AR like I view the silicon here in my iPhone, it's not a product per se, it's a core technology. But there are things to discover before that technology is good enough for the mainstream. I do think there can be a lot of things that really help people out in daily life, real-life things, that's why I get so excited about it."

Apple is holding back the release of an integrated iDevice AR feature until it's good enough for the mainstream which is in stark contrast to FaceBook's CEO Mark Zuckerberg who wanted the whole world to see him with an Oculus VR headset on with magic VR gloves that will allow a user to type on a virtual keyboard: YAWN!

When Apple's Augmented Reality Feature is ready, Apple will most certainly hold a special event or perhaps introduce it as part of a new iPhone or iPad launch … one of these days – and it's bound to be really cool.

You know, with Cook appearing at so many events in a single day I'm starting to wonder if he's actually using Augmented Reality to fool us all. Was it real or Augmented Reality? Ha! – that's the question of the day.