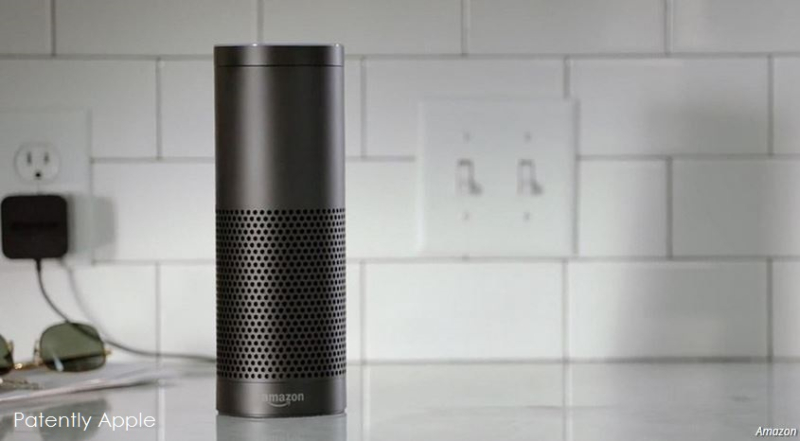 Amazon was granted a design patent for their Echo home device yesterday as noted in the patent figures below. Our other IP site Patently Mobile covered that news from USPTO in a report that also covered a drone docking station. Today we're learning that Amazon is hoping to introduce some form of  telephony to their next-gen home device later this year. Following Amazon's possible strategic moves on this front is important because Apple has been rumored to be working on a similar Siri-based home device. 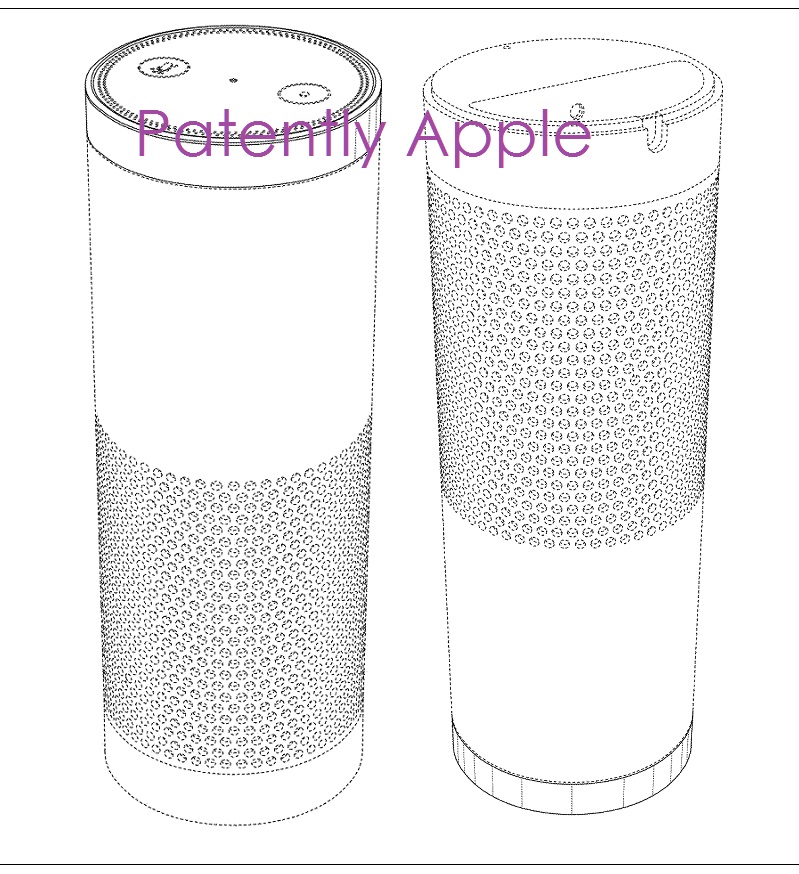 At the moment there are more questions than answers. Will the wireless carriers be involved? Will these devices offer 911-service? AT&T already offers a skill for the Echo's Alexa virtual assistant that lets users send text messages using voice commands through the speaker. Adding phone calling functionality could be an evolution of that partnership.

Amazon could decide to use voice over Internet protocol (VoIP) like Skype. For now the company is weighing multiple options for getting the feature to work, which could include the Echo having its own phone number or syncing with an owner's current phone number and contacts.

The report also comes as Amazon is expected to launch a new version of its Echo that may come with a touchscreen, according to Bloomberg. Will that device offer a home version of their new Amazon Chime app that Patently Apple covered in a report yesterday for business? Only time will tell.

While Amazon was the pioneer in this field, Silicon Valley competitors like Google and Harman Kardon (using Microsoft's Cortana) are now, or will be gunning to make a mark of their own in this market.

Apple is really the mystery player. Apple could jump into this market later this year with a similar home device that could feature new iOS tricks and unique features. Yet it's very possible that Apple could simply reinvent Apple TV so that it could take on a larger role in the home and in fact act as a home automation hub as forecast in a number of Apple patents (one, two and three).