The EU Commission is Patient, even though Apple's Deadline to pay the €13bn Owed has long come and gone 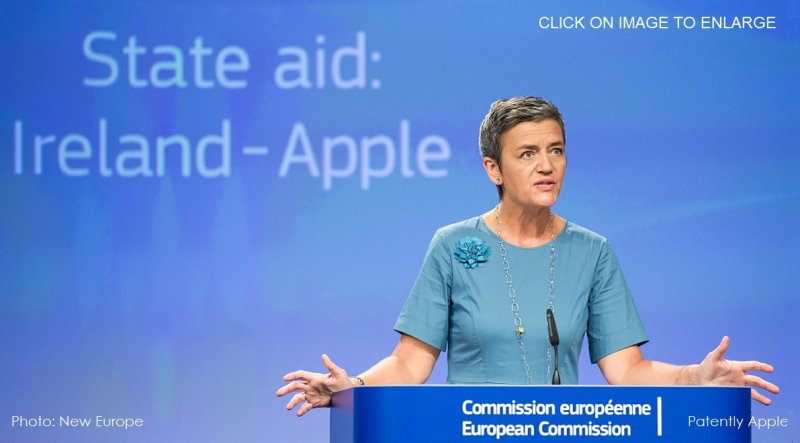 The European Union's competitIon stated earlier today that Apple has not fully paid the 13 billion euros ($13.9 billion) it owes to Ireland in illegal tax benefits even though the deadline of January 3 has come and gone, reports CNBC.

EU Competition Commissioner Margrethe Vestager responding to a CNBC question during a press conference, stated that "the recovery is not done yet but we have been working with the Irish authorizes and we can see that they are moving forward to do the recovery of the unpaid taxes. It's a tricky thing to do because it's a large sum so of course you have to figure out how to do that. It's not as an escrow account in some of the other cases where it might be 25 or 30 million euros … and therefore I do respect that it's a complicated matter and it may take a little more time."

"We are continuing to make progress of the recovery from Apple with the full cooperation of the company and the EU Commission," a spokesperson for Ireland's Ministry of Finance told CNBC by email. "The Commission are satisfied with the progress we are making. We have committed to complying with the decision and we fully intend doing that."

CNBC's report lastly noted that "Still both Ireland and Apple have pledged to fight the decision via the European courts. Vestager said at the press conference that she does not know when the court case will take place for Apple and Ireland to appeal the EU's decision."

The Financial Times adds to this by noting that "Ms Vestager denied there was any attempt to single out US companies and said she was not concerned that the Apple ruling would affect US investment in Europe. But she insisted the Irish government had to collect the €13bn owed by Apple."

John McGuinness, chairman of the Oireachtas all-party Finance Committee said that Apple "employs thousands of people in Ireland and this ruling could have far-reaching implications for multinationals in this country."

Apple should do what Samsung has done in their patent infringement case with Apple; hold back most of the money owed until every last appeal is exhausted in every conceivable court in the land. With Ms Vestager not even having an appeal tabled, Apple should just continue to hold back funds until they're fair enough to schedule a time for Apple's appeal. But of course Apple will play by the rules and play nice, even though they shouldn't. Apple's CEO Tim Cook once said that this whole matter was political crap and most of us, in Apple's camp at least, agree.