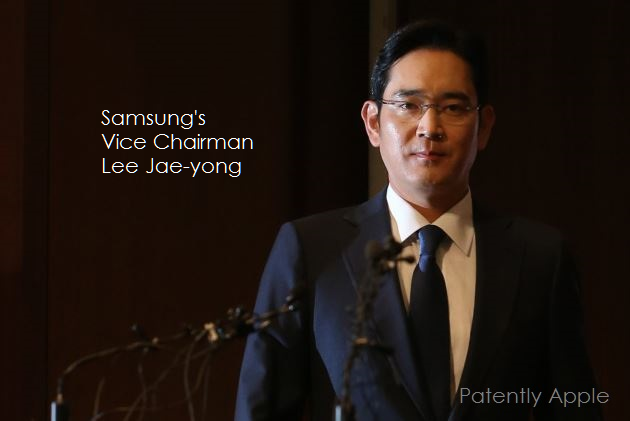 On Sunday Patently Apple posted a report titled "The Danger of Samsung Tanking Korea's Economy if their Chief Goes to Jail Weighs Heavily on Special Prosecution." The report showed that there was a split amongst politicians about what to do about Samsung's Vice Chairman Lee Jae-yong. Some liberal politicians urged investigators not to give favors to conglomerate owners, while others demanded they not be harsh on business leaders, pointing out Samsung's influence in South Korean economy.

In Sunday's report I had expressed the opinion that Samsung's Lee wouldn't see the inside of a jail cell because he was basically untouchable in South Korea. Late this afternoon our time today the news has broken that Samsung's Vice Chairman won't be arrested as the special prosecutor had requested.

Bloomberg reports that "A court in South Korea turned down prosecutors' request to arrest Samsung Group's Jay Y. Lee on alleged bribery, perjury and embezzlement, letting him stay in place atop the country's most powerful company while they continue their investigation. 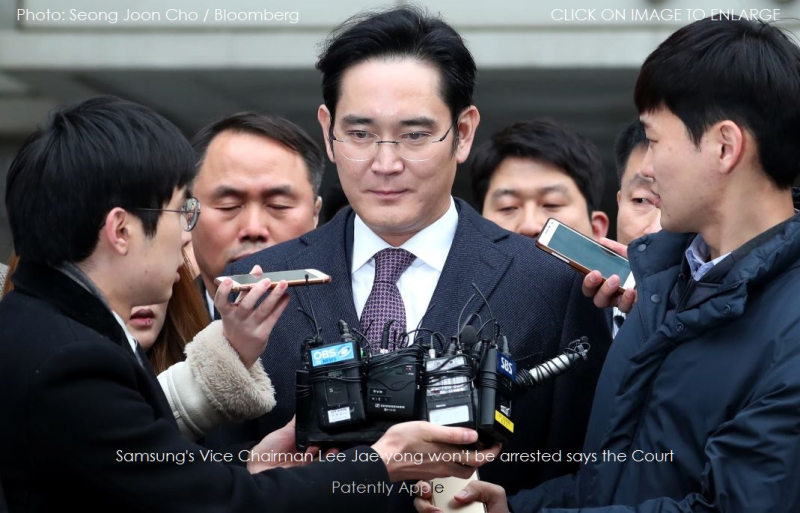 "While the prosecutors are still going to be looking into things, and this doesn't necessarily close the case, this is definitely the outcome Samsung was looking for," he said. "At this point, now that the court has rejected the arrest warrant, there's no reason to not proceed with the succession."

Samsung released a statement saying "We appreciate the fact that the merits of this case can now be determined without the need for detention."

A Korean report tonight quotes the Seoul Central District Court stating: "It is hard to acknowledge the reason, necessity and appropriateness for the arrest at the current stage (of the investigation)", citing lack of evidence and key issues that are still debated as the reasons for the rejection.

While the final decision is not official in yet, and a strange twist could always arise in the future, I think that the face of Samsung's heir apparent in the photo above is just shy of breaking out laughing – likely knowing that it's all playing out for the cameras according to plan.

Yes, for now the show is over and it's back to business and all that it entails. South Korea's President will likely get impeached for taking bribes but Samsung's heir apparent miraculously gets away for gladly paying the bribe to gain the merger that he sought to strengthen his grip on Samsung. Soap operas don't get better than this folks. Stay tuned for the movie.