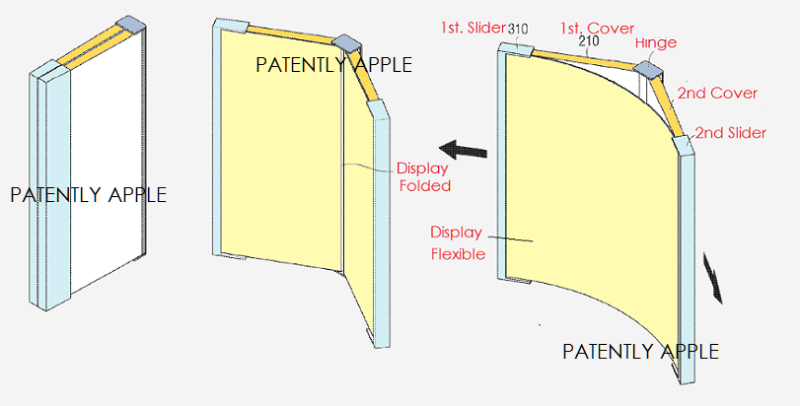 Samsung is preparing their new Galaxy S8 for its debut in Barcelona Spain in late February, which will launch in April. Until such time, Samsung launched new mid-tier level smartphones this week to help recover from their Note7 disaster and to sharpen their offense against tough Chinese competitors like Huawei, Oppo, Vivo and Xiaomi. In emerging markets these new smartphones will continue to put pressure on Apple's SE model. Samsung's new Galaxy A-series smartphones offer a 16-megapixel face side selfie camera in contrast to the SE's measly 1.2 megapixel camera. The A-series comes in 3 sizes: 4.7", 5.2" and 5.7". The phones offer fingerprint authentication and 32GB storage vs. the SE's 16GB. The low end model starts at $400. Apple will have to beef up their SE smartphone to be more competitive in emerging markets.

In addition to the A-series of smartphones, the pressure is on Samsung to launch a folding smartphone later this year as Lenovo and other Chinese competitors already have working prototypes of fold-out smartphones in play as noted in the photo below. 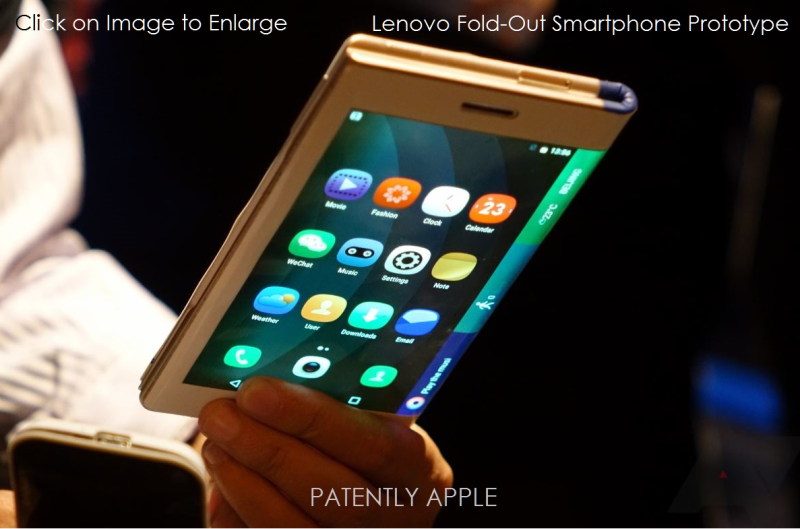 Yesterday Samsung was granted a patent for a fold-out smartphone design as one of their patent figures illustrates below. Two reports surfaced last month indicating that Apple, Google, Microsoft, Sony, Xiaomi are working on such devices (reports one and two) 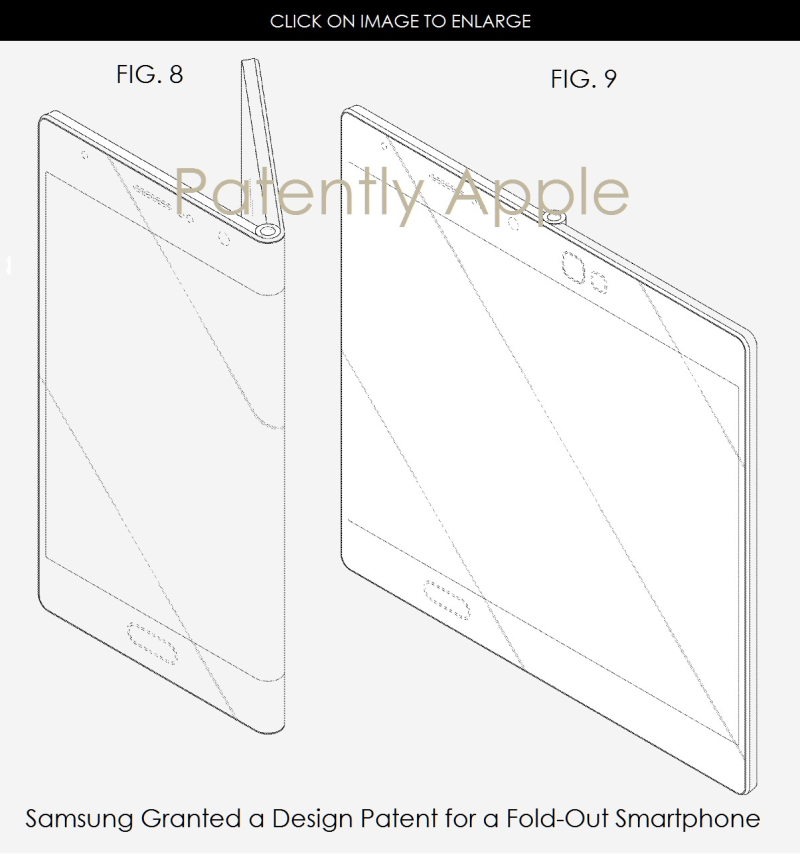 In addition to smartphones, this kind of design could be extended to tablets and/or first-to-market mobile TVs.

In addition to their granted patent, the U.S. Patent Office published a Samsung patent application in late December that introduced a new kind of display from Samsung dubbed the 'Variable Curvature Display' as noted in our cover graphic and the one below. 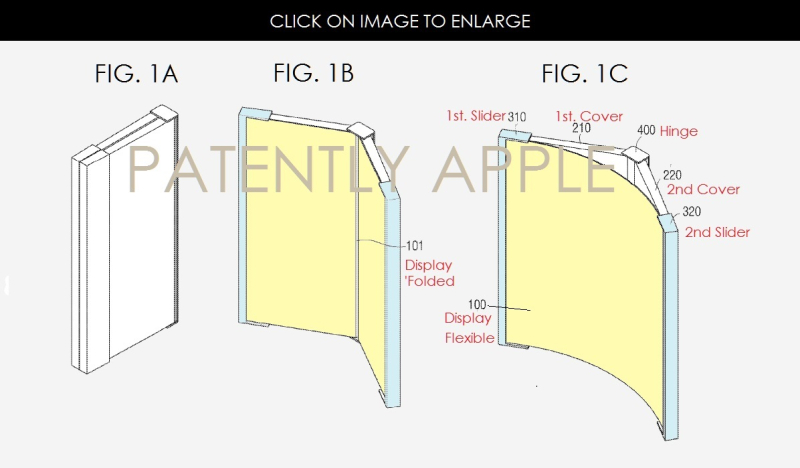 To learn more about Samsung's variable curvature display, see our full Patently Mobile report here. Samsung has over 45 patents (IP: Intellectual Property) covering flexible, foldable smartphone designs on record which makes it close to impossible to forecast which of the designs will finally make it to market However, considering that Lenovo is pushing forward with a fold-out design, the race may have been redefined.

After a decade of R&D on this next-generation device, Samsung doesn't want a competitor to come out of nowhere and beat them to market with a foldable smartphone. While it's not scientific or foolproof, I'd say that the fold-out display styled smartphones may be what most OEMs will aim for initially and then move to a more tradtional booklet design closer to 2020.

This could be yet another market where Apple won't race to market first so as to let the product mature and play out before deciding on a design that they could put their full weight behind. When Samsung first introduced the phablet most thought it was a useless idea, especially in the Apple community, until it became a hit where it's now close to becoming the number one form factor for smartphones. So while digital booklets and fold-out smartphone designs sounds a little weird and overkill today, it's likely to become a strong niche if not the dominant design form factor over the next decade.