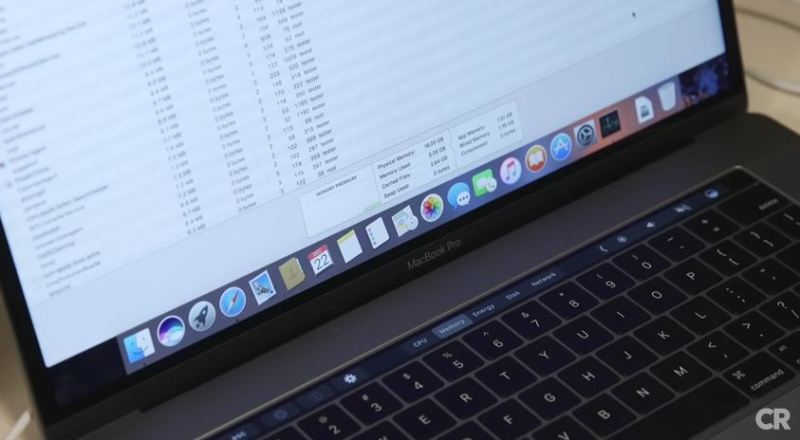 On December 22, Patently Apple posted a report titled "Apple's MacBook Pro gets Two Thumbs Down from Consumers Reports and Gets No Respect. While critics from all corners of the tech world were unenthusiastic about the new MacBook Pro, it was the review by Consumer Reports that seemed to set off a firestorm. This past Tuesday Apple said that the "The cause of a wide disparity in battery life in Apple's new MacBook Pro laptops that Consumer Reports found during testing has been discovered and eliminated."

More specifically a Fortune report noted that "Apple said the battery life fluctuations were due to 'an obscure and intermittent bug' that related to reloading icons in the Safari web browser on the new laptops. The bug was triggered by a certain setting Consumer Reports used in its tests that is usually only used by web site developers, Apple said. The bug did not occur and battery results were consistently high when the special developer setting was not used, Consumer Reports agreed. This is not a setting used by customers and does not reflect real-world usage. Apple said that it fixed the bug and that Consumer Reports would rerun the tests.

Yet the Consumer Reports retesting video report presented below still conveys the message that the problem was squarely with Apple. Their report notes that "Consumer Reports has now finished retesting the battery life on Apple's new MacBook Pro laptops, and our results show that a software update released by Apple on January 9 fixed problems we'd encountered in earlier testing."