Two years ago Patently Apple posted a report titled "Apple Granted Patent for Display-Based Speakers for iDevices." Apple originally filed for this patent back in 2012. At the time it sounded like something you'd expect to see in a science fiction movie for a device feature deep into the future. Well, it just so happens that it's now the big hit feature at CES 2017 for future TV's by LG and Sony. Our report covers two videos covering this new audio breakthrough. 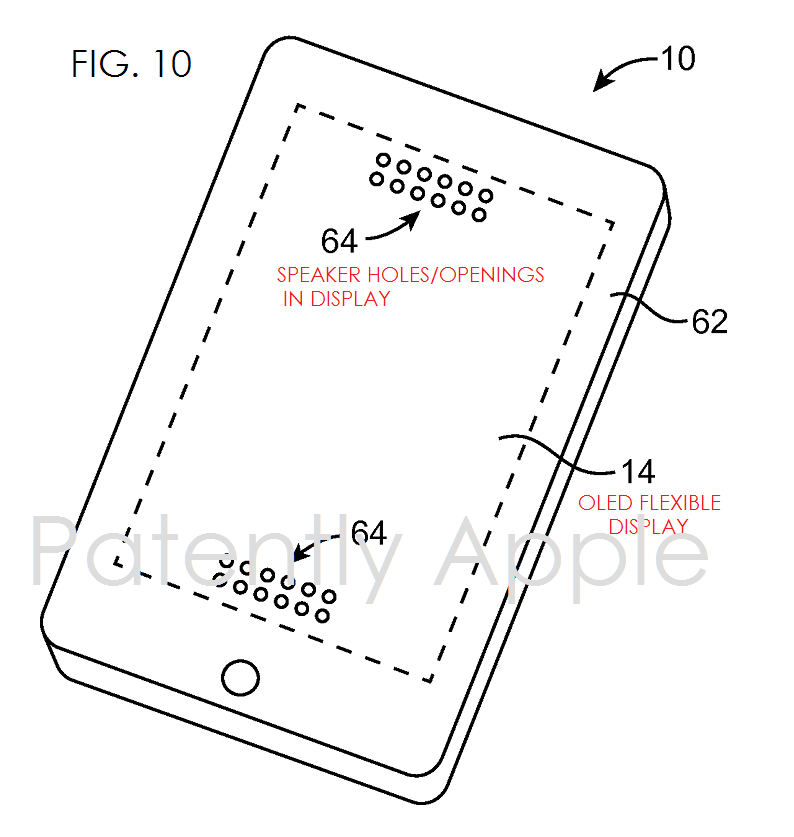 LG introduced their version of this technology at CES 2017 under the branding "Crystal Sound OLED."

The key to Apple's patent is that this kind of acoustic display could only work with a flexible OLED display. At the time of the patent, OLED displays weren't even on Apple's public road map for the iPhone. So it's definitely something to keep an eye out for on future iDevices and possibly even Macs at some point in time.