Today the US Patent & Trademark Office published a patent application from Apple that reveals an invention relating to a MacBook hinge system that uses a torsion bar in its construction. Scott Krahn is credited as the inventor of a 2014 'Friction Hinge System' patent for Reel Precision Manufacturing Corp in Minnesota. Today Krahn is credited as the inventor of an Apple invention for a 'Torsion Bar Design' that is part of a Notebook hinge system that could provide variable cover resistance making it easier to open and close a MacBook.

Apple notes in their patent filing that "It is often desirable to provide an assistive biasing force when moving the upper component of the laptop between closed and open positions. Unfortunately, a conventional friction-based hinge assembly provides a fixed resistance over a range of motion of the hinge assembly. Consequently, any variations made in the amount of resistance applies to the entire range of motion and cannot be targeted to particular portions of the range of motion or in particular directions.

The idea appears to be creating a hinge system that will be easier and faster to open the lid of a MacBook before the resistance begins to kick in allowing the user to adjust the display to their liking.

Similarly, this may also be desirable when the amount of force required during rotation is desired to vary with the angle of rotation, thereby producing a varied response force profile. 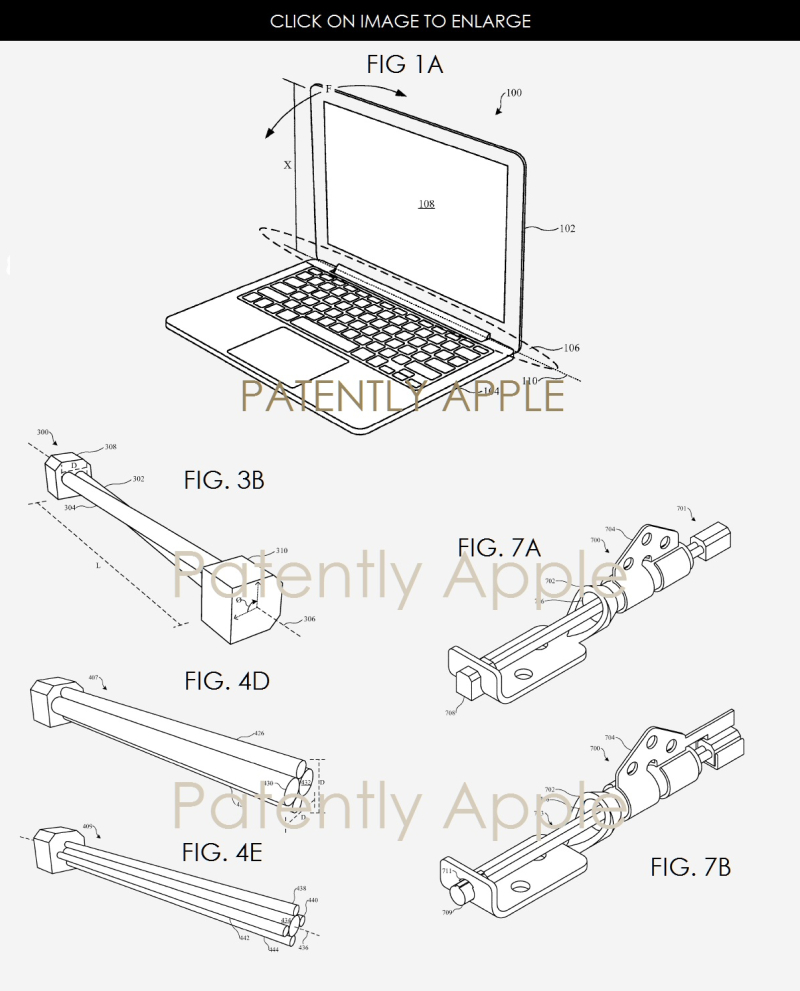 Apple's patent application 20170023984 was filed back in Q3 2015. This is a fairly complex invention that engineers will appreciate to review here. Considering that this is a patent application, it's unknown if Apple will ever adopt such a MacBook hinge system or its timing to market should it be given the green light of approval.