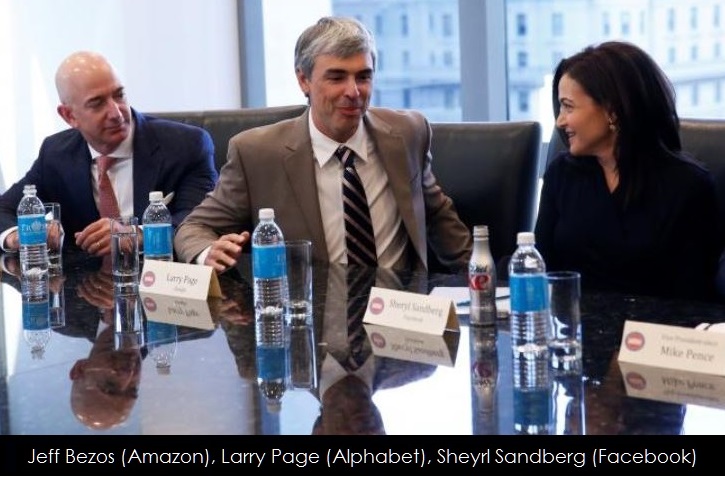 Mr. Bezos, who sparred with Mr. Trump during the presidential campaign, said during his meeting with Trump last month that he was "super excited about the possibility that this can be the innovations administration." Since that time a few high profile announcements from Softbank/Foxconn and Alibaba have been made highlighting the creation of U.S. Jobs opportunities in the coming years. Now Amazon wants in on the positive atmosphere about creating U.S. Jobs.

It's being reported today by USA Today that "Amazon will create 100,000 full-time jobs in the United States with full benefits over the next 18 months, the tech giant announced in a statement Thursday. The company says the positions are for workers across the country and across all skill and experience levels. Most of the positions will be at fulfillment centers, including new ones under construction in California, Florida, New Jersey and Texas."