After Space Rockets & Flying Delivery Drones, Amazon Focuses on Autonomous Vehicles with a Patent to prove it 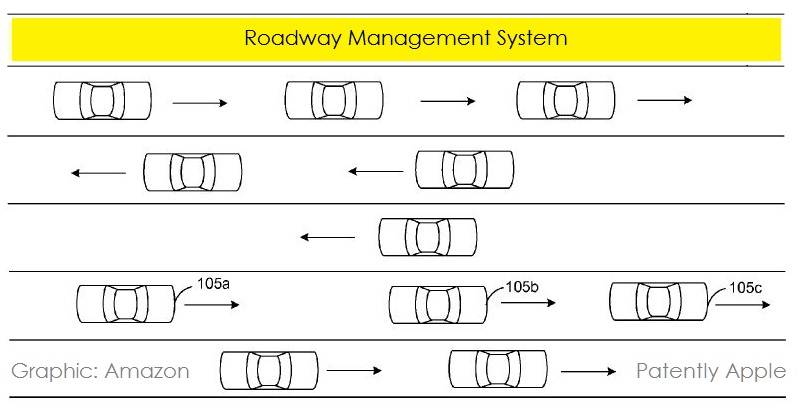 On April 30, 2015 Amazon's company Blue Origin launched their first test flight. On June 19 2016, the "New Shepard" rocket from Blue Origin successfully launched three student payloads into suborbital space. The rocket and capsule landed a few minutes after separation. This was the 4th flight of the same hardware, proving its re-usability once again. The landing of the rocket back on earth was something to behold as shown in the video below (from 7: 25 to 7:58).

So if Amazon is able to launch and land a rocket successfully as noted in the video, how hard could it be to invent an autonomous vehicle, right? This week Amazon was granted a patent for 'lane assignments for autonomous vehicles.' They filed for their patent just months after launching their first test rocket. 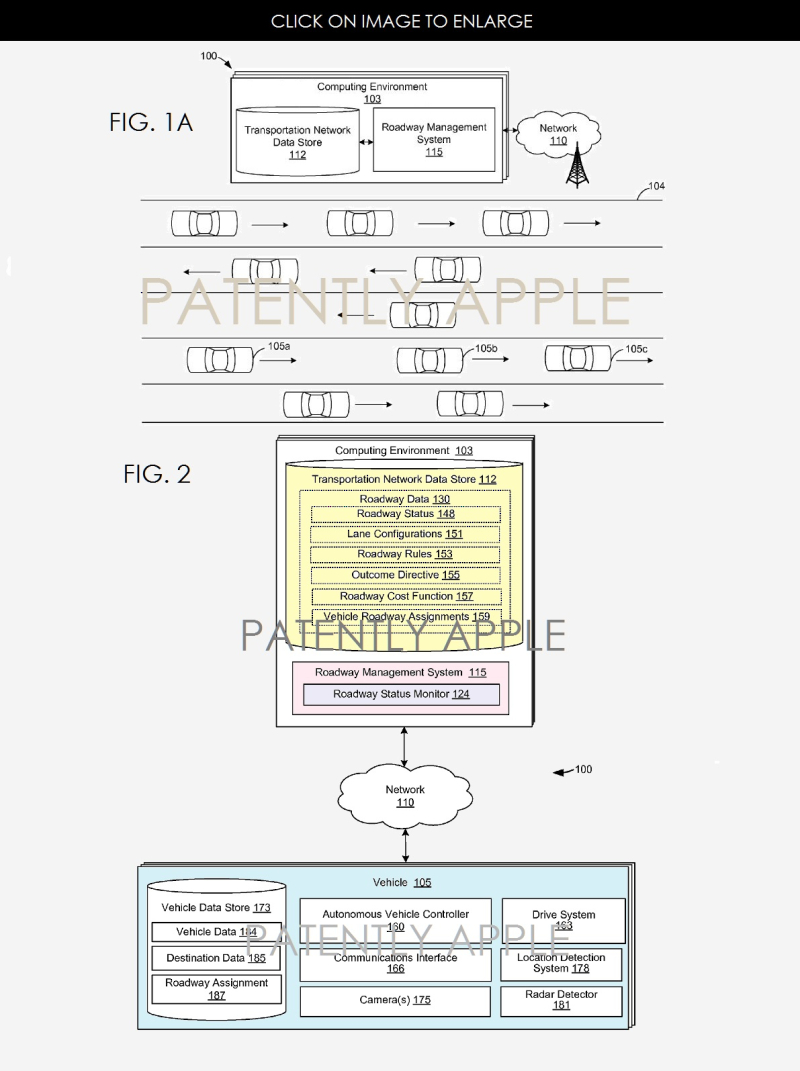 Amazon's patent FIG. 1A illustrates a networked environment for coordination of autonomous vehicles in a roadway. FIG. 2 presents more details behind the computing environment.

Amazon Technologies Inc., which operates as a subsidiary of Amazon.com Inc., was granted patent 9,547,986 on Tuesday which was originally filed in November 2015.

Between advanced rockets, delivery drones, Alexa and Echo along with Amazon Prime and content, Amazon is really taking some big risks and it's exciting to watch it all unfold. It's kind of what you expect from a technology company. They're challenging the status quo as Steve Jobs reminded us all in Apple's Think Different campaign.

Amazon has gotten ahead of Apple with Echo and Prime content service is miles ahead of Apple's TV venture that's still in-the-making. At this point it seems like eternity waiting for Apple TV to become more than a hobby. Now with Amazon racing to get into the autonomous vehicle market it's easy to understand why some think that Apple is getting boring.

Apple has to bring home their $230 Billion parked overseas and do something exciting for a change. They've put a lot of thought lately into their new headquarters and a book about the glory days of design. It would be great to see Apple deliver some really hot new products to get their fans fired up again and maybe this is the year – maybe.