Thus far Patently Apple has covered about 14 patents covering wireless charging in one form or another and all could be reviewed in our special archive. My favorite patent filing by Apple on this subject surfaced back in September 2013. I covered it in a report titled "Apple Reveals Master Details of Wireless Charging System." The invention described a 'Virtual Charging Area' around a desktop that would allow for multiple devices to be charged at one time as long as it was within range of an iMac with a wireless charging capability built in. Today the US Patent & Trademark Office published a patent application from Apple that reveals a new wireless charging system embedded into the tabletop of future Apple Store product tables. The patent filing hints of a coming solution for desktops as well. Whether the desktop solution will be ready for 2017 iMac isn't known yet but wireless charging solutions from an alliance of players are allegedly being prepared to launch next year, so I can't see Apple far behind.

In 2013 Patently Apple posted a report titled "The Cordless Home is now in Reach with Magnetic Resonance" In that report we pointed to a Company called Rezence. The photo above was an example of wireless charging being built into a home's countertop. This is the type of solution that Apple's patent application revealed today.

The reason for the delay in this technology coming to market was that there were two very powerful competing standards that could have hurt the industry if the market was badly split. Think Betamax vs VHS. Engadget reported last year that the two companies had reportedly merged and time was needed to iron out a single powerful standard.

Apple's patent FIG. 1 noted below illustrates an exemplary wireless charging station #100 which includes a charging surface #102. The charging surface may be a surface upon which a device having a receiver may rest to wirelessly charge its battery. 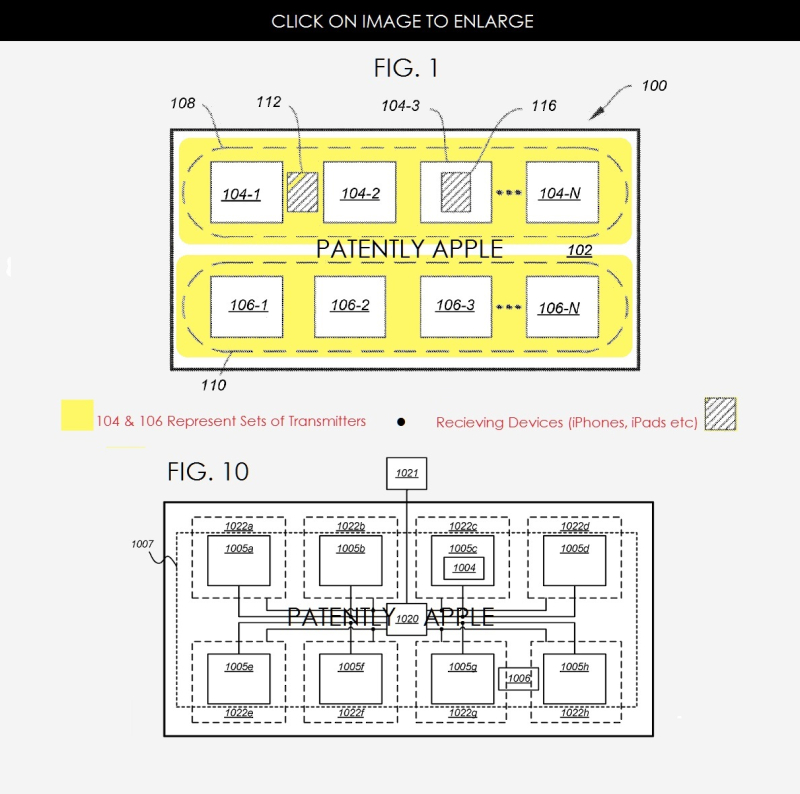 Apple's patent FIG. 7B noted below is a simplified diagram illustrating a receiver including coils having bow tie-shaped loop portions and a shielding disk disposed above the coils 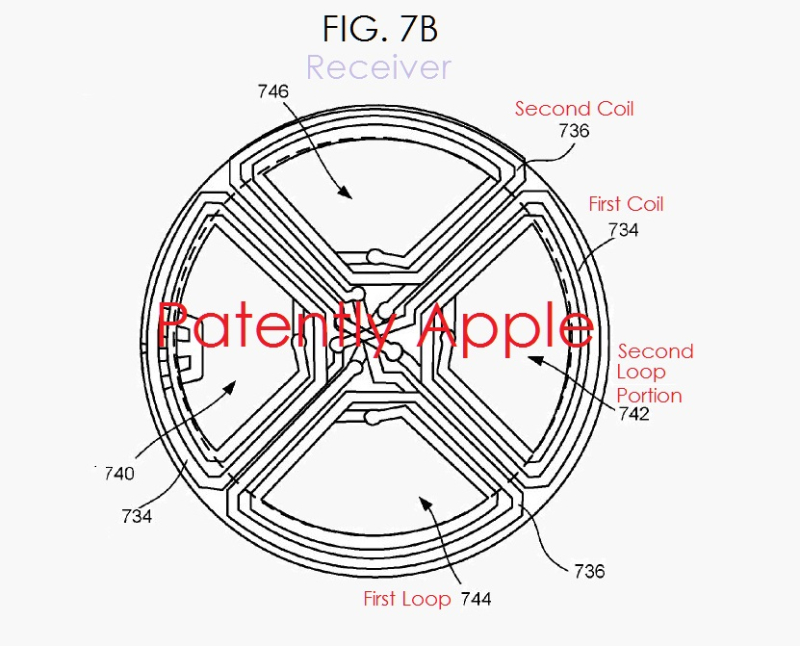 Apple's patent FIG. 5 noted below illustrates a side-view cross-sectional perspective of a future Apple Store product tablet noted here as "charging structure" #500 that includes an upper charging surface 502 and a transmitter 504 having a plurality of transmitting coils 504a-504d.

With reference to a three-dimensional space, Z and X directions of magnetic fields are observable in FIG. 5, while magnetic fields in the Y direction, although existing in the embodiment of FIG. 5, are not shown for ease of description. The charging structure is illustrated in FIG. 5 as a table having a table top #503 supported by multiple legs #505. In some embodiments, the table can be located in a retail environment and used to display and charge multiple electronic devices for potential purchase. 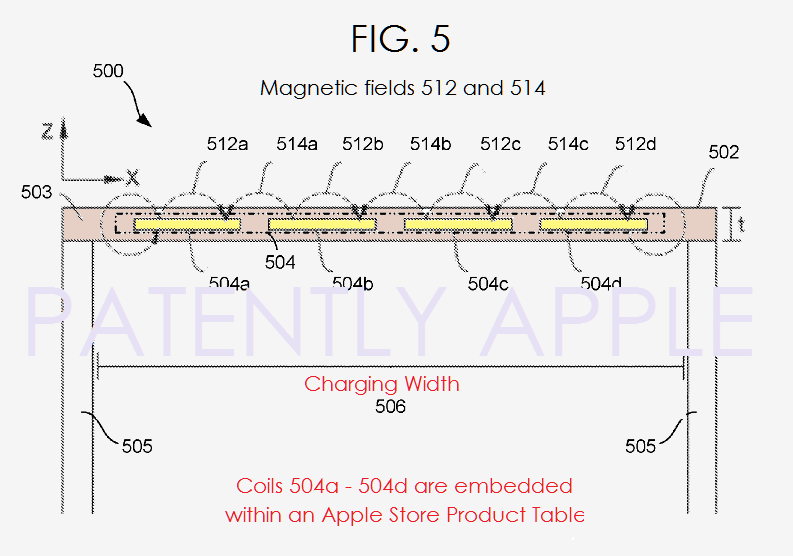 Alternative Design for a Desktop

For all of the finer invention details about the coils and so forth could be found in a pair of Apple's patent applications (20160372961 and 20160372960) revealed today that were filed just this past June. Considering that this is a patent application, the timing of such a product to market is unknown at this time.