Although the adoption rate for iOS is likely to spike by this time next week after millions of Apple fans around the world unwrap their shiny new iDevices tonight at midnight or Christmas morning, the rate as of this moments stands at 63%, up from 54% in late October. Apple released iOS on September 13, 2016. This time last year iOS 9 stood at 70%. It's difficult to assess whether the slightly lower adoption rate is directly due to slightly slower sales of iOS devices or because users took the advice from articles like the one from Mashable titled "7 reasons why you shouldn't update your iPhone to iOS 10." Apple's next updated iOS adoption chart should give us a better picture. 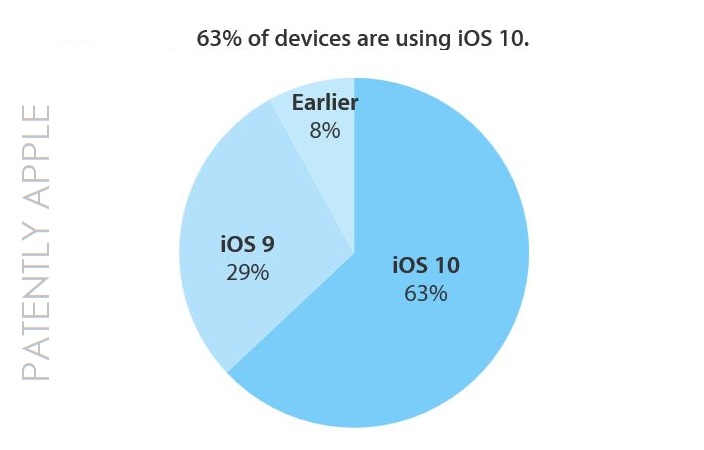 In stark contrast Google's Android Nougat OS, which was released on August 22, 2016, has an adoption rate of … drum roll … 0.4% as of December 5, 2016. That's well after the Google Pixel phone came to market and well after Black Friday sales. Worse is that Marshmallow, their previous Android version only stands at 26.3% and it was released in October 2015. 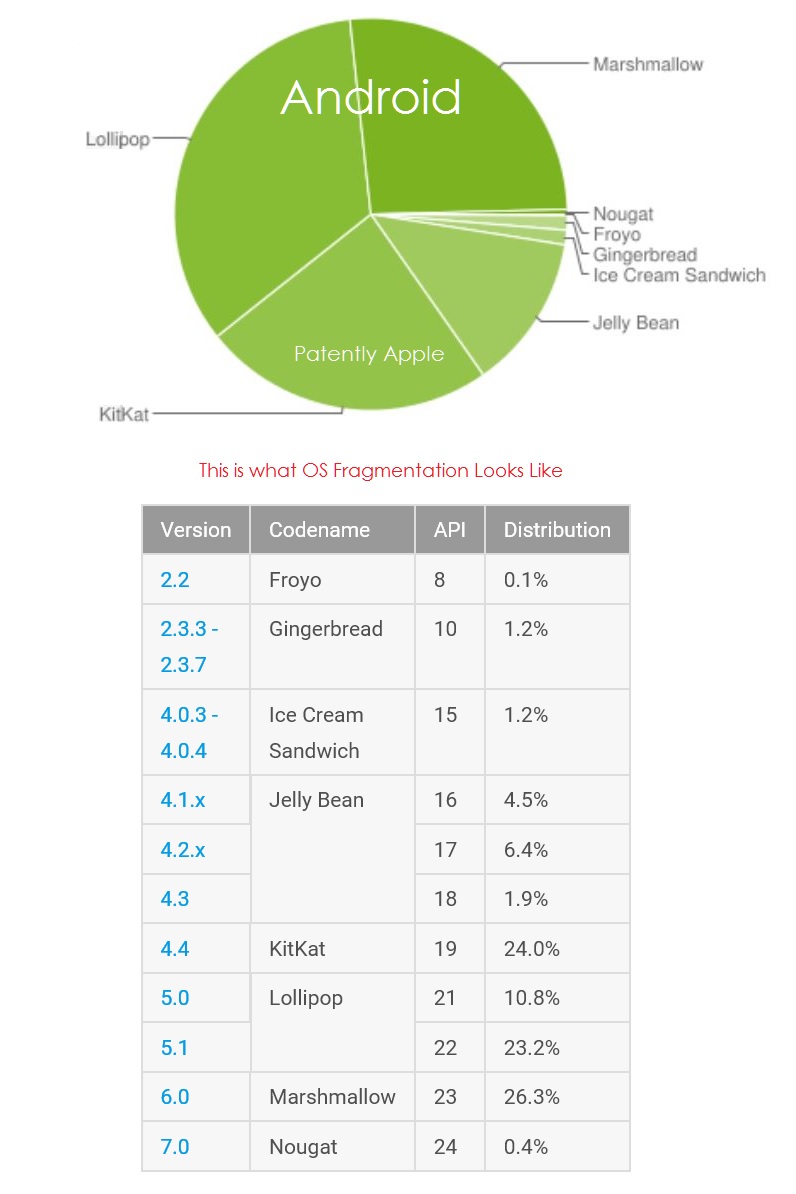 With Android fans not being able to update their OS for a multitude of reasons has led to at least a million Android phones being infected with Gooligan or running into other forms of malware and ransomware. It was also reported last month that researchers had discovered that certain cheap Android phones were sending user's personal data to a firm in Shanghai.