Home Archives Contact Us Subscribe Twitter MeWe Facebook Patently Mobile
It's Crunch Time: Will Samsung Pull the Trigger and Launch a Foldable Smartphone in 2017 or Chicken Out?
If you're in the Market for a new Car with Apple's CarPlay, then check out Apple's updated Chart Covering over 200 Models

Today the US Patent & Trademark Office published a patent application from Apple that reveals systems, methods, and computer readable media to improve the operation of graphics systems. Because the patent points to the system working with "a mobile telephone, personal media device, a notebook computer system, or a tablet computer system," it would strongly suggest the system is for a graphics system relating to gaming platform or an API for Apple's Metal – and not for the easy headline that it's for autonomous vehicle playing off of Apple's Project Titan. While the patent's background uses the term "Autonomous Agent," the actual patent description makes no mention of an autonomous vehicle or car ever. Trying to attribute this invention to Project Titan in my view is completely off-base. Technically, the Autonomous Agent could however, relate to a possible drone device that Apple may be working on. But first and foremost, the focus is on a graphics system.

Simulations of multiple agents sharing a common workspace or environment have gained increasing attention for purposes such as crowd simulation, navigating a team of mobile robots, video games, studying natural flocking behavior, traffic engineering, and emergency training simulations. The basic idea behind collision avoidance is to generate a steering force to dodge obstacles every time one is close enough to block the passage. Steering behaviors help autonomous agents move in a realistic manner, by using simple forces that are combined to produce improvisational navigation around the agent's environment.

Apple's invention relates generally to the field of computer graphics. More particularly, but not by way of limitation, it relates to a technique for allowing an agent to navigate through an environment without colliding with obstacles therein.

A computer executable program to implement the method may be stored in any media that is readable and executable by a computer system.

Apple notes that their patent filing uses the term "agent" which may mean any object or body upon which forces may be applied.

For example, agent #105 Patent FIG. 1 may represent an automobile, person, animal (real or imaginary), or a drop of oil flowing through water. 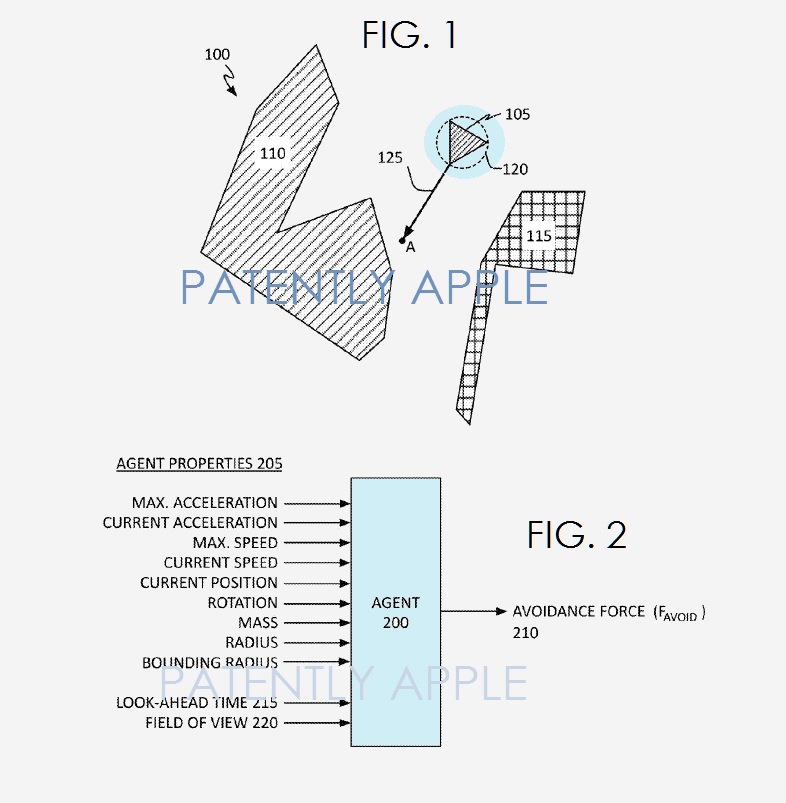 Apple's patent FIGS. 4A and 4B illustrate two possible fields of view; FIG. 5B is part of a flow chart relating to collision avoidance. 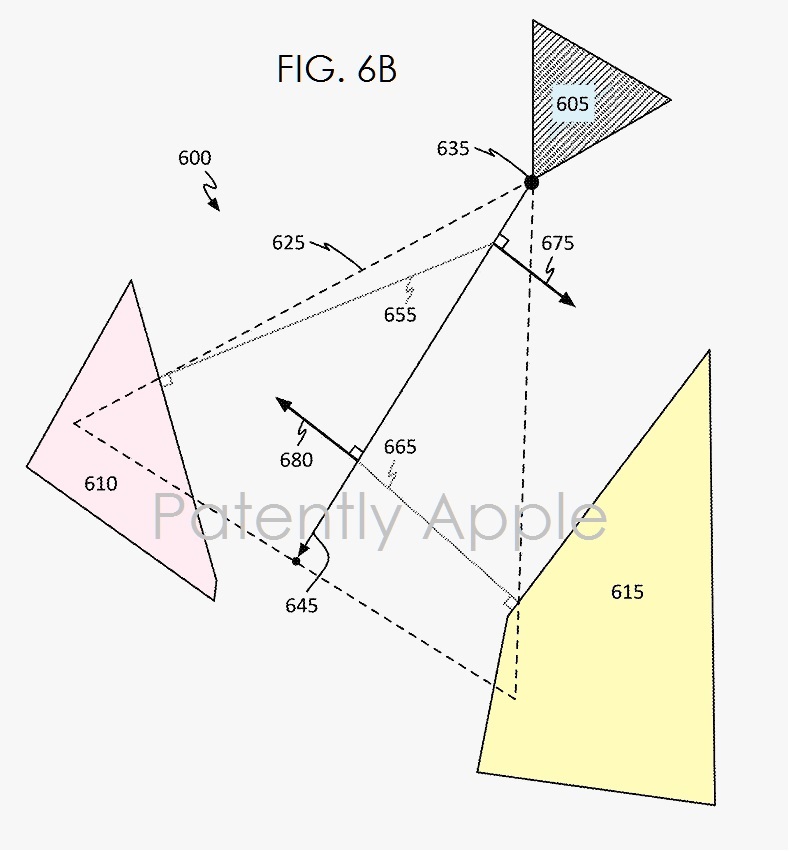