Why is Samsung Racing to launch their first Foldable Dumbphone?

On Monday Patently Apple posted a report titled "Samsung Patents reveal a new Foldable Smartphone Mechanism and a new Scrollable TV." In that report I highlighted a new foldable smartphone form factor that Samsung's engineers have been focused on for some time now. As we were publishing Samsung's first US patent application covering this invention, the Korean patent Office was publishing Samsung's follow-up patent on Wednesday. In this follow-up application we're able to see that they've upgraded their first-gen drawings to CAD drawings; a possible sign that this design has now become one of their favored designs going forward. It could mean that by now they're at the prototype stage. Samsung has been rumored to be preparing to debut a foldable smartphone sometime in 2017. Whether it will end up being a tradeshow gimmick or a real product is still up in the air.

While I could fully understand a clean dual display booklet-styled smartphone aimed at professionals that could fit into Samsung's Note series of smartphones, I can't for any reason see why Samsung is apparently bent on a foldable smartphone like the one highlighted in our cover graphic and those presented below showing some of their key patent figures now in CAD.

If Samsung actually goes beyond the day dream stage, I'd say that they have their eye on this design and not the dumbphone noted below. One shows something new, fresh and marketable. The other design is a slow evolutionary twist on the flip phone that died long ago.

If anything, Samsung may be racing to show off a bendable phone that showcases their new folding mechanism that they've been struggled with for many years now. The design below is likely what we'll actually see surface in some trade shows in 2017 to get industry feedback and gain experience.

The folding mechanism is the key feature that they have to get right before moving it up the food chain and into higher end premium models. For years they've tried dual displays fit together with an elaborate hinge system. It now appears that they're more in favor of this larger bendable display concept using an all-new folding mechanism.

With the Note7 crisis still fresh in the public's eye, they need to reignite their brand and bring something dramatically new to the table that reinvents the smartphone and challenges the entire industry as their phablet once did. Will they really pull it off in 2017 or is it just another empty PR gimmick? Only time will tell. 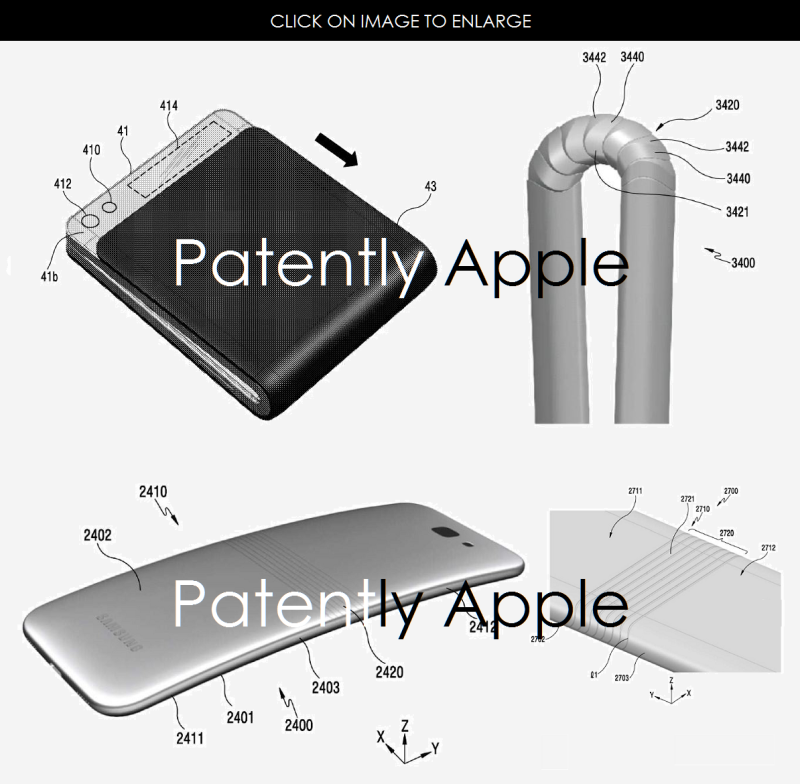