The new Apple Watch Series 2 introduced built-in GPS that Apple notes can record precise distance, speed and pace while you're walking, running or cycling outdoors. Yesterday the patent behind this new GPS/GNSS system was published and is considered a patent fulfilled. The secret that provides greater GPS accuracy is discussed in the patent filing as being the addition of a new adaptive filter. 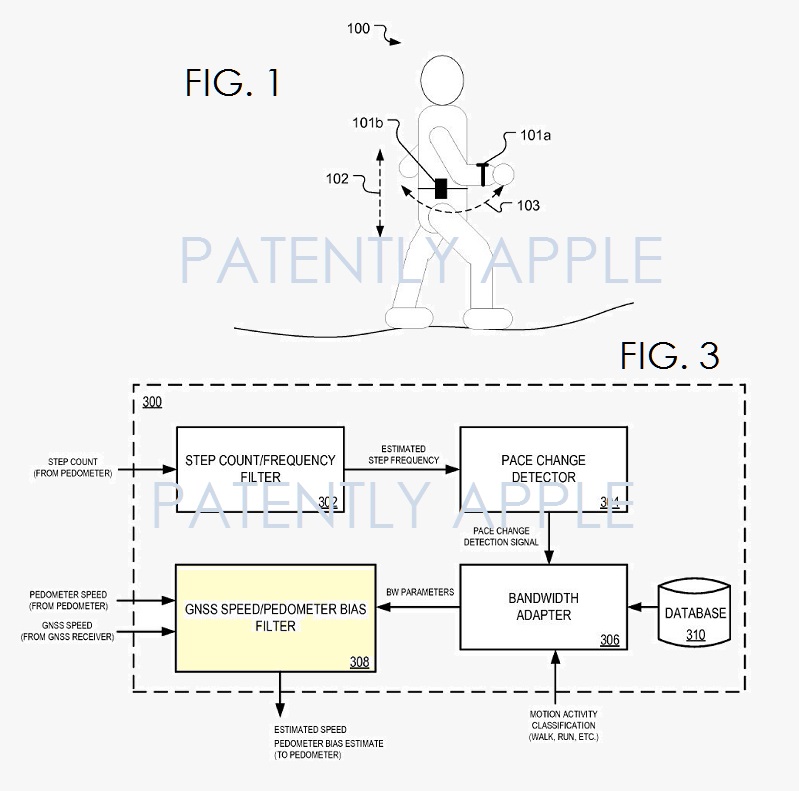 Apple notes in their patent filing covering the use of GPS that in some implementations, mobile devices such as an Apple Watch or iPhone use a GNSS receiver to provide speed measurements. The speed measurements can be used to determine distance traveled for navigation or fitness applications running on mobile devices. What Apple has now added to the Apple Watch Series 2 is something called an adaptive bandwidth filter (as noted in patent FIG. 3 below) that estimates pedestrian pace or speed more accurately than conventional pedometer or GNSS estimation methods.

Apple's patent application 20160334433 titled "Pedestrian Pace Estimation with Pace Change Updating" was filed in May 2015 and published yesterday by USPTO.