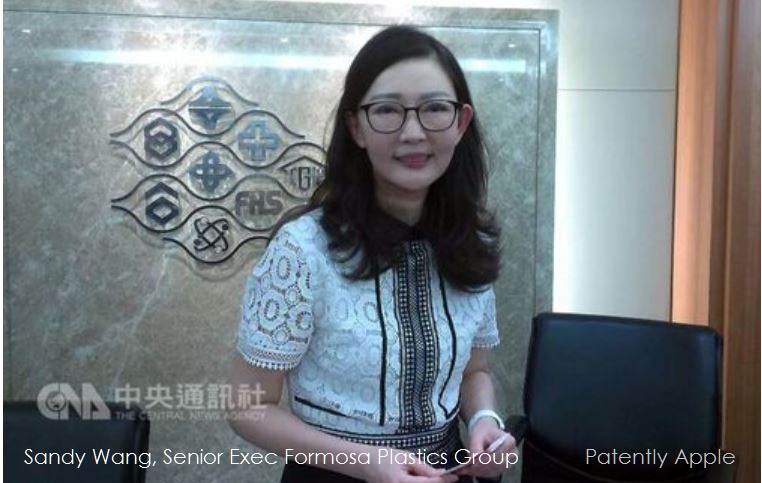 On Thursday Patently Apple posted a report titled "Apple Reportedly Preparing a Responsible U.S. iPhone Plant Back-Up Business Plan." With President Elect Trump in office he'll be able to reduce business taxes from 35% to 15% because Congress and the Senate have Republican majorities. This will be great for investors, businesses and specifically Apple's bottom line. It would also allow Apple to bring their foreign profits home that are currently parked overseas because of the currently high tax rate that Apple is refusing to accept. The catch, if you will for reducing corporate taxes, is to encourage companies to manufacture their products now being made in Mexico, China, Vietnam and elsewhere where they can tap into slave labor. Trump's win is now sinking in and businesses fear a possible future 35-40% tariff on foreign products. While Apple is at least investigating a U.S. plant with Foxconn, others like Samsung and LG are thinking of moving their plants in Mexico to the U.S. This week we also heard from other Taiwanese businesses considering plant openings in the U.S. instead of Vietnam. This certainly proves that it was always possible but that previous U.S. Presidents supported lobbyist driven one-way trade agreements that killed U.S. jobs. In a flash we see that America's market is so big that no company wants to be left on the outside. America still holds the cards and a negotiator like Trump knows that all too well. America could be back in the driver's seat and bring back jobs for all Americans, not just Silicon Valley.

Now we're learning that instead of investing in Vietnam, some Taiwanese companies who don't want to lose their biggest customers in America are willing to open plants in the U.S. They don't whine like so many in Silicon Valley, because business is business and you change with the reality you're dealt with.

Case in point, a new Asian report on Friday pointed out that "Taiwanese companies across the petrochemical, textile and footwear industries are assessing whether they need to move some production to the U.S., as President-elect Donald Trump has vowed to impose a stiff tariff on imports.

Sandy Wang, a senior executive at Formosa Plastics Group, said Taiwan's largest industrial company is evaluating whether it would be worthwhile to invest more in the world's biggest economy.

Wang told the Asian publication that "We have already created 6,000 job opportunities in the U.S., and we would consider investing more in the U.S. if the environment for investment is welcoming."

Wang's words came after her group said earlier this year that it would spend as much as $9.4 billion to build a new ethane cracker in the U.S. state of Louisiana, looking to maximizing the benefits of cheap shale gas. The project is pending approval by local environmental regulators. The plant will process ethane, a component of natural gas found in shale, and extract ethylene, used in the production of plastics.

However, the U.S. president-elect's protectionist views and pledge to slap a 45% import duty on goods from China have some Taiwanese textile and footwear manufacturers worried, as their production costs could rise dramatically if Trump fulfills his campaign promise.

Eclat, Pou Chen and Feng Tay all have big manufacturing bases in Vietnam and are expanding operations in the Southeast Asian nation, possibly hoping to benefit from Vietnam's status as a member of the Trans-Pacific Partnership, an agreement that aims to create the world's largest free trade block.

However, under a Trump presidency the U.S. is unlikely to ratify the TPP, which was championed by President Barack Obama.

Roger Lo, vice president and spokesperson for Eclat, told the Asian publication that his company is watching whether Trump follows through on campaign pledges and forces more goods to be made at home, carrying the "Made in America" label.

Eclat is a supplier to Nike, Under Armour, Costco, JCPenney and other global retailing brands.

"If the Trump administration does raise tariffs, it's inevitable for almost every textile maker including us to think about it and to conduct a thorough evaluation whether the company should move some plants to the U.S.," Lo said.

Lo said he would not exclude any possibilities as long as business opportunities exist. Instead of investing in Vietnam, the investment would be made in the U.S.

"Nothing is impossible," said an executive with a contract footwear maker. "If it's a trend and if some major clients want us to make more products in the U.S., we would have to move there."

Of course prices would rise if products were to be made in the U.S. to maintain profits, but if it means bringing back jobs to the U.S. the compromise will be worth it to working families. If you don't have a job, you don't buy anything other than basics.

At the end of the day, I find it mind boggling to see how foreign companies are already making it clear in local publications that they will seriously consider opening plants in the U.S. if conditions are right so as to not lose American business.

Just the mere thought of being locked out of America has real and responsible business people in Taiwan and around the world switch on a dime to bringing plants to America. That alone is amazing that Donald Trump could instill this reaction so quickly.

It's a trump-card that America has always held but greedy U.S. companies just couldn't resist returning to the days of slave labor without unions. To move their plants to these slave labor rich countries and sell their products back to Americans tax free was a dream come true.

So it was great to hear that foreign companies see it differently. They don't want to lose the American consumer and they'll put people to work in America to keep that business. What a refreshing story it was to read this week and I'm sure many of you have enjoyed hearing about it too.

Here's to hoping that President-Elect Trump ends these one-way trade deals so that America can bring jobs home and begin paying off its drowning debt.