Some of Silicon Valley's left wing radicals couldn't contain themselves last night in their reaction to the dramatic win by Donald J. Trump. Case in point, Zynga co-founder Mark Pincus tweeted last night: "Is this what it felt like when people first realized Hitler could actually take power?" Really, comparing Trump to Hitler? Another winner, Shervin Pishevar, the co-founder of Hyperloop One, who suggested that California secede because of Trump's victory. Hey, why not if it means slave labor from around the world at your fingertips. That's the American spirit Pishevar. This is one example of why the left wants to have open borders and sanctuary cities. You just have to look at a map of Sanctuary cities across the U.S. to understand the sickness that has been brewing under the radar of most Americans. 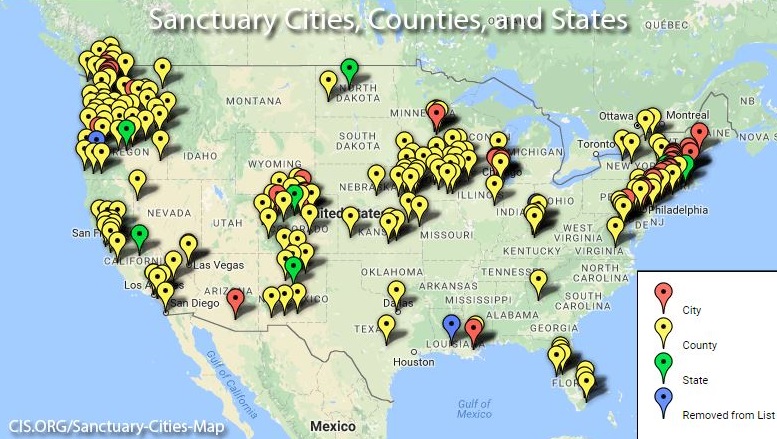 The term Sanctuary city is a name given to a city in the United States that follows certain procedures that shelters illegal immigrants. The term most commonly is used for cities that do not permit municipal funds or resources to be applied in furtherance of enforcement of federal immigration laws. These cities normally do not permit police or municipal employees to inquire about one's immigration status.

Before Trump made this an issue in his campaign, who even knew there were so many cities closing their eyes to illegal aliens and not only that, but going out of their way to protect aliens so as to provide local businesses with cheap labor and allow drug runners a free pass? The numbers are staggering and they were destined to exponentially grow under Clinton. Trump is going to stop Federal funding for this program and put an end to this practice in American cities and much, much more.

Where was the outrage from Silicon Valley on this issue? There wasn't any. Even after the high profile case of Kathryn Steinle in San Francisco California law makers went out of their way to kill the bill that would have put a stop to funding sanctuary cities.

Where was the social conscience of Silicon Valley CEO's crying out for justice? It was absent while they were busy fighting for transgender washrooms across the country in North Carolina, a State that flipped to Republican last night. In the end, we got silence from Silicon Valley as they believe in sanctuary cities. The only one standing up to that mess was Donald Trump; you know Mr. Hitler, according to Pincus.

Amazon's CEO used his purchase of the Washington Post to hammer Trump relentlessly with the craziest non-professional reports. The crazier the story the better. National media in general and CNN in particular went out of their way to side with Clinton and ignored most of the Wikileaks material that was streaming out daily. How could they justify not covering it? Right, create a bizarre cover story that it was all a Russian plot. Oh my lord, complete madness from the media that we all once trusted so blindly.

Google, Apple, and most of Silicon Valley wanted Hillary to win, hands down. The exception was Peter Thiel. Palmer Lucky of Oculus said he was for Trump until the elite in Silicon Valley attacked him for his stance and made Lucky switch sides faster than you could blink. Facebook executives were not impressed with Lucky at all.

Total contributions to the Clinton campaign from the internet industry came in at 114 times the level they did for Trump, according to statistics compiled by the Center for Responsive Politics. Facebook CEO Mark Zuckerberg gave a strongly worded rebuke to Trump's views on immigration at the company's developers conference in April, although he never called him out by name.

Later, Dustin Moskovitz, who made his fortune as a Facebook co-founder, pledged $20 million to Democratic groups opposing Trump. Other high-profile figures in Silicon Valley such as Salesforce CEO Marc Benioff and Reid Hoffman, chairman of LinkedIn, also took unusually public anti-Trump stances. You could read more about this on Bloomberg.

TechCrunch published a report today titled "With Trump's win Silicon Valley investors start losing their damn minds," with a photo of an atomic bomb blowing up. 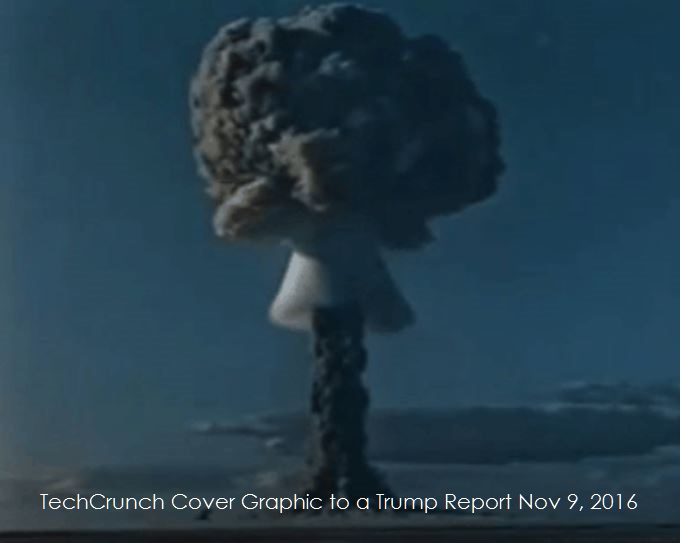 TechCrunch founder Michael Arrington had it just about right when he retweeted the Drudge Report" Drudge Headline "Silicon Sultans Shit Themselves" – which is pretty much what I'm seeing in my Twitter Feed.

The report noted that "Republican candidate Donald Trump's stunning election victory has left some of Asia's biggest companies that rely on business with the U.S. grappling with uncertainty, amid hopes the president-elect will tone down his threats to impose tariffs on imports and rework global trade treaties.

In Japan, companies from Sony Corp. to Toyota Motor Corp. saw their share prices hammered on Wednesday as the prospect of Mr. Trump's election victory pushed the Japanese yen higher against the dollar, hurting some of the region's biggest exporters. 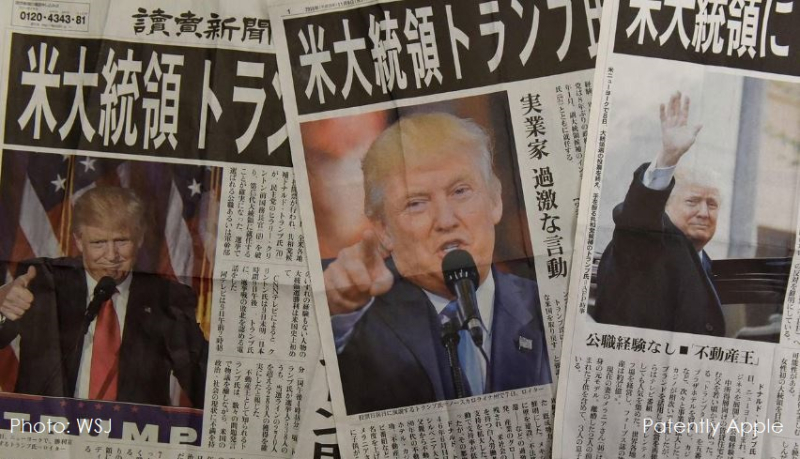 Mr. Trump's victory has underlined the uncertainty surrounding his policy positions. Boardrooms globally have been unsettled by his threats to renegotiate trade deals he views as damaging to U.S. jobs, and levy tariffs as high as 45% on imports from China, Mexico and elsewhere."

Good for Trump. They should be worried because Trump wants U.S factories to remain in the U.S. and not have loopholes that encourage them to leave and dump their workforce without batting an eye if it means bigger profits using slave workers abroad. Shame on them. For more on this story, read the full WSJ report here.

In the coming days, weeks and months ahead the political left and Silicon Valley will crank up the fear factor against Trump and play up the typical FUD that they're so good at dishing out. But even with the might of Silicon Valley along with top U.S. music artists performing free concerts for Clinton and Hollywood elites like George Clooney having massive fund raising dinners, they couldn't stop the American people who were fed up with the elites telling them what to think and who to vote for.

While it started off a Trump joke, CNN laughingly did turn out to be the 'Clinton News Network," and they held no sway with most of the public. CNN never stopped lying about Trump and didn't get the fact that the public was actually tuning into Trump's live event YouTube broadcasts to hear his message directly, not the reinterpreted version told by CNN reporters taking things out of context.

Trump's crowds were massive compared to Clinton's. He had 10 to 20,000 people on many nights and Clinton had 500, at times a few thousand. But the network cameras never pulled back to show you just how massive the crowds were for Trump. You had to be an idiot to not see the enthusiasm for Trump and the disdain for Clinton.

In the end, Apple fans would like to know what Apple's CEO will do if the U.S. President calls upon him to work on new technology projects. Will he try to work with Trump or fight him as a sworn enemy? Who  knows, but under Trump, Apple may finally be able to bring home their billions in offshore accounts because of a tax rate Cook has been hoping for.

Here's to hoping that Cook will stand above the crazy ones led by Jeff Bezos of Amazon, Zuckerberg of Facebook and Google's Eric Schmidt and take the initiative to work with Trump on some great projects that will get America back to work again beyond the borders of Cupertino. Here's to hoping that Apple will think Different once again and show leadership.

While that's an unlikely dream, I once believed and invested in Steve Jobs and Apple against the odds when it wasn't popular. So there's nothing wrong in dreaming big and dreaming that Apple will do what's right in the future rather than just adhering to the bottom line like Samsung does. But as always, only time will tell how this will play out over the next four years.