Samsung's Laughable Quality Extends to Exploding Washing Machines as the U.S. Steps in forcing another Recall

Samsung executives must be pinching themselves to see if this nightmare is for real or just a dream that they could wake up from. Samsung's reputation was badly damaged over the recall and discontinuation of their top of the line Note7 smartphone in October. The embarrassment continues to this day, Samsung doesn't have a clue as to why their Note7's were exploding and catching on fire. In September we had heard about a lawsuit about exploding washing machines but now it's gone beyond a single lawsuit to their washing machines now being recalled by the U.S. Consumer Product Safety Commission. A Korea Herald report published this morning noted that the U.S. Commission's report stated that "Samsung has received 733 reports of washing machines experiencing excessive vibration or the top detaching from the washing machine chassis," the commission said. "There are nine related reports of injuries, including a broken jaw, injured shoulder, and other impact or fall-related injuries."

If this was a Hollywood movie, it would have to be a comedy because the likelihood of a major global tech company having two major recalls over two different products within a few months due to dangerous product explosions wouldn't be believed as a drama. It would have to be part of the Jim Carrey series called Dumb and Dumber.

Even though a major lawsuit was launched in September as outlined further below, the ABC video report clearly shows us that this has been a longer standing problem with Samsung who was hoping it would just go away. The video shows us just how violent these explosions were.

In late September, the law firm Lieff Cabraser representing the Samsung washer owners in a federal lawsuit in New Jersey alleged that some Samsung top-loading washing machines explode in owners' homes, causing damage to walls, doors, and other equipment and presenting significant injury risks. Users had reported Samsung top-load washers exploding as early as the day of installation, while other owners have seen their machines explode months or even more than a year after purchase.

The U.S. Consumer Product Safety Commission (CPSC) initially issued a warning to the public regarding these exploding Samsung washing machines before issuing a recall. Units manufactured between March 2011 and April 2016 can reportedly explode with no warning while a load is running, causing significant damage to homes and, potentially, residents. The story has received additional attention from CNN and numerous other news outlets.

As the video confirms, beyond damage to the washing machines themselves, reports include descriptions of glass and other machine parts being shot across garages and laundry rooms at distances of over 15 feet, with consequent damage to other appliances, water heaters, and homes. Several Samsung top load washer owners report avoiding injury from the exploding debris and equipment pieces only by fortunate timing or physical blocking from other pieces of furniture or equipment, often mere moments after the owners had their heads or hands right by the machines. 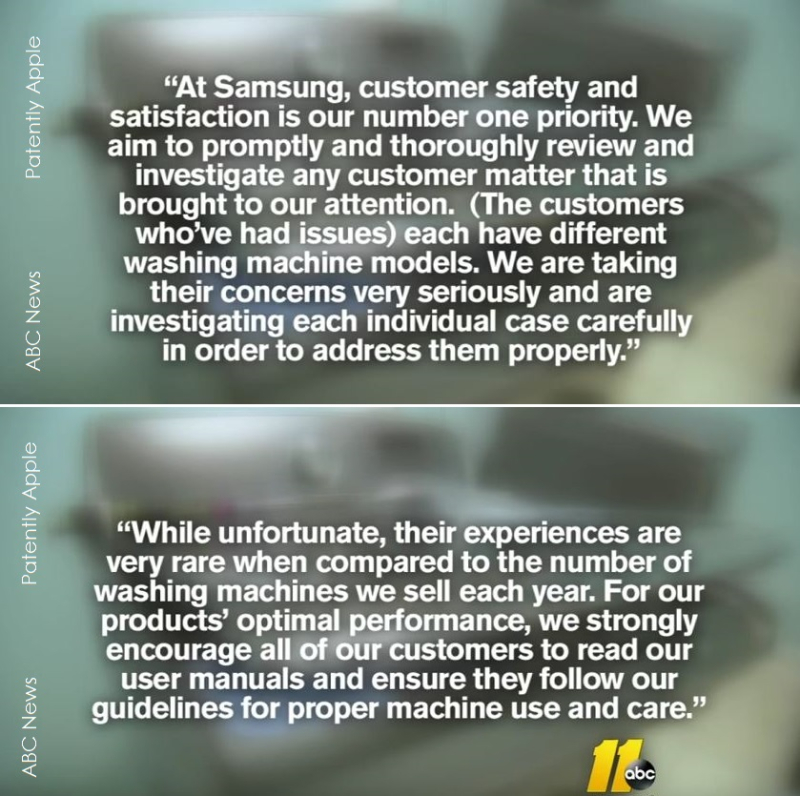 Right – so rare that it's now a recall. So rare, but oh so dangerous. These washers didn't just die – they blow up! Their statement to ABC was clearly a callous, calculated brushoff of customer concerns. It's a typical empty legal department "cover my ass" response.

With exploding washing machines and now smartphones within a small window of time, Samsung's reputation is toast. Safety is not Samsung's number one priority as they claim with proof being two different products "exploding" and causing extensive damage and harm within a year.

I've never heard of an exploding appliance problem from their competitors. This is uniquely Samsung trying to cut corners on products. Beyond lawsuits and recalls, consumers should avoid buying Samsung products until they change their priorities right at the top.

With a new CEO in the wings, consumers should send him a message loud and clear and boycott Samsung products over the holiday season. It's the only thing that these sleaze ball companies understand. When shareholders lose money they call for heads to roll and that's the only thing that Samsung executives fear. They don't fear consumers – they fear losing their big paying jobs. A Frenchman tried a boycott years ago and perhaps it should put into action now in the U.S. and Canada. 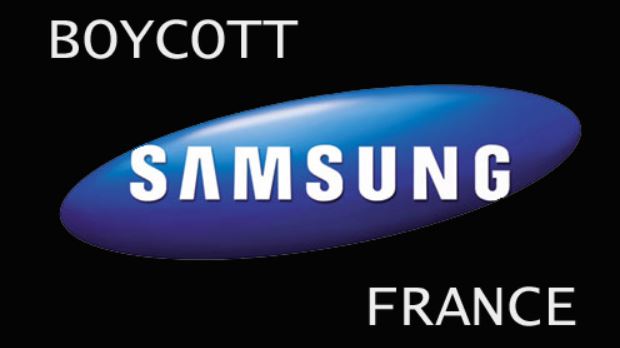