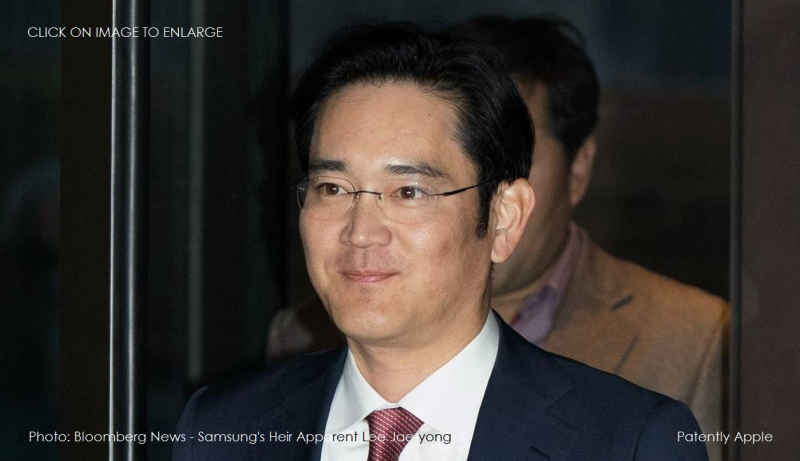 On October 17 Patently Apple posted a report titled "Samsung's Heir Apparent under Pressure to Show Greater Leadership in Repairing Brand Damage." The report noted that the Korean tech press was echoing that Samsung Electronics' heir apparent Lee Jae-yong was under pressure to show greater leadership in containing the crisis over the termination of its flagship Galaxy Note 7 smartphones. On October 27, Samsung shareholders wanted to hear from Lee Jae-yong and didn't. During the meeting, there was a remark that the responsibility for the fallout should be borne by the heir apparent to show "responsible leadership." Lee has not made any public remarks over the Note fallout." On Monday Lee placed a full page apology in the Wall Street Journal as noted in the jumbo graphic below.

In-part, Lee's statement read as follows: "An important tenet of our mission is to offer best-in-class safety and quality. Recently, we fell short on this promise. For this we are truly sorry."

Lee further noted that "A careful Note7 investigation is underway and the findings will be shared when the analysis is complete. The process will be thorough and include some of the best independent technical experts in the world to help inform and validate our work. We will re-examine every aspect of the device, including all hardware, software, manufacturing and the overall battery structure. We will move as quickly as possible, but will take the time to get the right answers."

Samsung officially discontinued production of their Note7 smartphone on October 11, 2016. It will be one month this Friday.

Some of Samsung's apology rings hollow like a PR script. Some of the complaints about their exploding top washers had been ongoing for over a year. Is that quickly listening to customers? Is that acting quickly?

On October 19 Patently Apple posted a report titled "Samsung to Quickly Compensate Top Note7 Suppliers While Leaving Customers with Home Damage in the Lurch." In that report we noted that "Many Samsung customers are bitterly complaining that Samsung is far too slow in assisting them in getting properly compensated for fires the Note7 caused in their homes." We covered this aspect of the ongoing Samsung crisis in another report titled "Compounding Problems for Samsung Could Escalate into a Wider Disaster."

One of the reports noted that "Jonathan Bernstein, an expert in crisis communications criticized Samsung's handling of the debacle by saying that "Samsung's recall crisis management has been as defective as its product." He believes that the South Korean company needs to be far more compassionate and responsive towards affected customers.

In the end, Samsung's Lee Jae-yong did the right thing according to the Samsung crisis manual page 20, paragraph 12 subsection #4 titled "Sound apologetic". Okay, he's accomplished his duty to the letter. But in the end, Samsung will be judged going forward on how their customers of these currently flawed products are treated, yet more importantly, future products, any products, to see if they've actually learned from this chapter or are simply paying lip service like they've always done. For that, only time will tell. 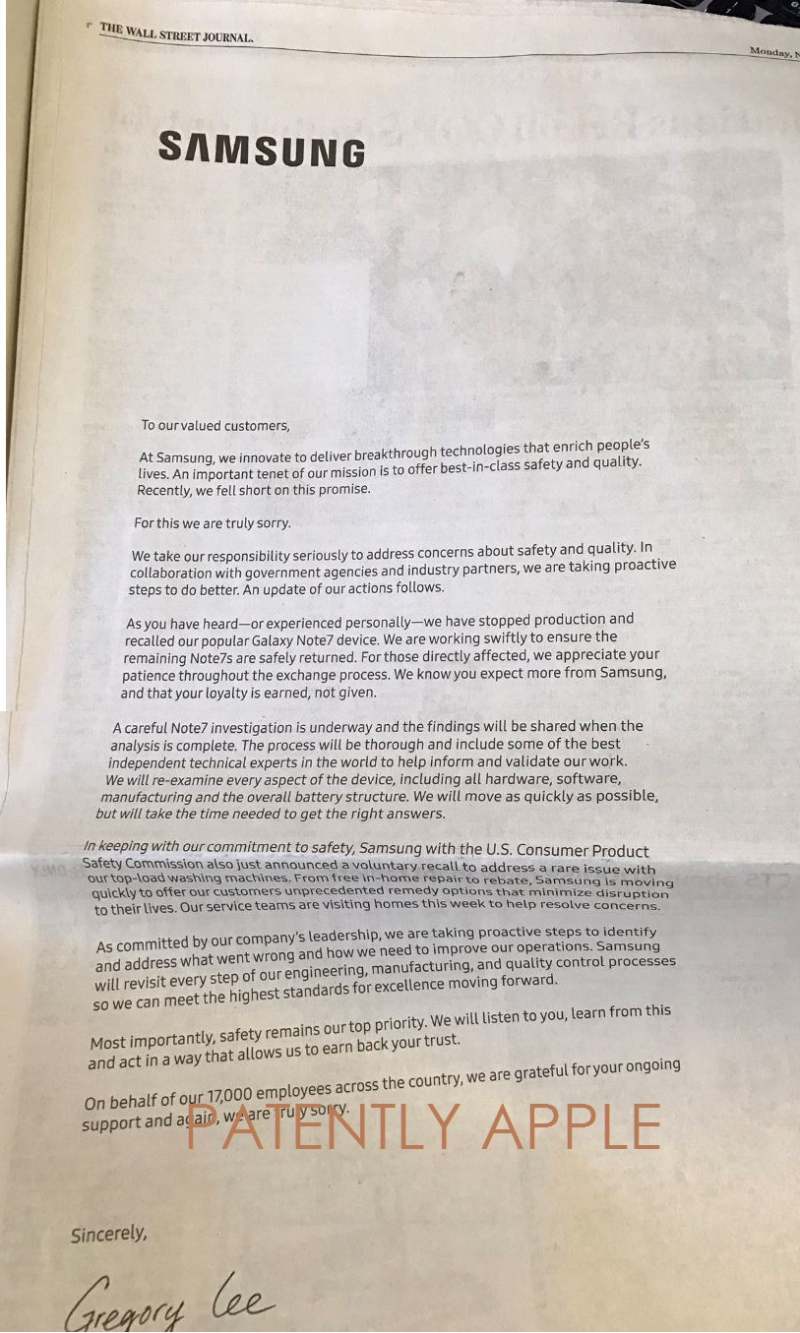 About Making Comments on our Site: Patently Apple reserves the right to post, dismiss or edit any comments. Those using abusive language or behavior will result in being blacklisted on Disqus.The WSJ graphic came from Rurik Bradbury.