Samsung sets their Eyes on a Revolutionary Holographic TV 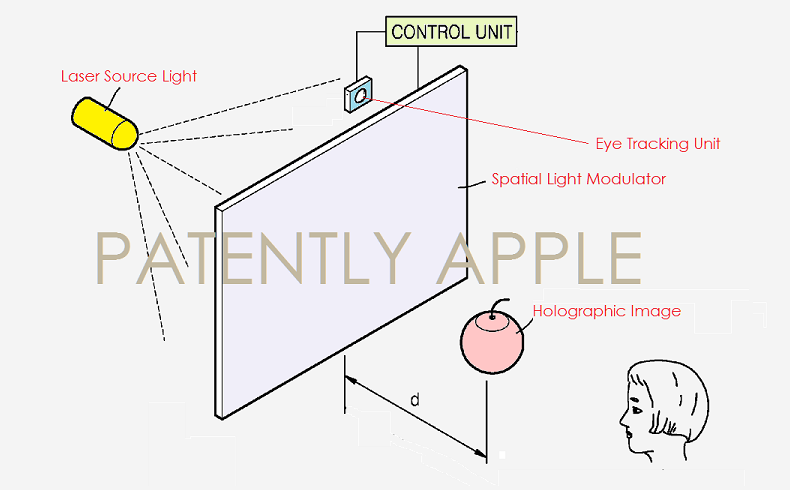 Back in 2015 Patently Mobile posted a report titled "Samsung Considers Quantum Dot Displays for 2020 TVs." Our report covered Samsung's trademark filing for 'Samsung QDOT TV." The Korean press got it right that Samsung was pursuing Quantum Dot but got the timing to market off by a country mile as they're available today. Now Samsung is preparing what could be their next generation technology for TV which is holographic based. With consumers rejecting the first generation of 3D TVs because they required consumers to wear 3D glasses, holographic TV eliminates the need for glasses. A new Samsung patent application was published this month by the U.S. Patent & Trademark Office highlighting their all-new holographic technology. For more on Samsung's patent, see Patently Mobile's full report here.

For the record, others have been working on a glasses-free 3D display experience for years. The video below illustrates how great it could be one day. The demo was done on an iPad.

Whether Samsung will be first to commercialize a 3D TV only time will tell. For years Apple hinted that they were interested in revolutionizing TV. Apple's CEO Tim Cook hinted of exciting possibilities for TV back in 2013 and 2014 with Charlie Rose.

Apple has many inventions regarding TV and 3D experiences with displays and TVs. So whether Apple has really killed their TV plans or simply went underground is not known at this time.