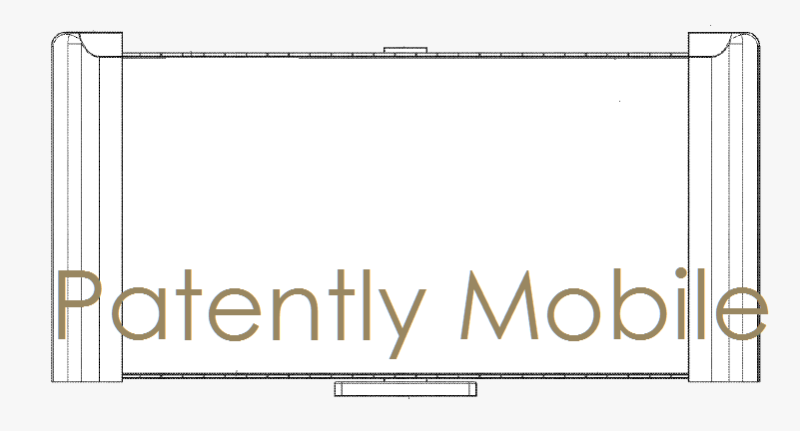 On October 18 Patently Mobile posted a report titled "Samsung's Engineers Keep Pounding Out New Form Factors for Future Bendable Smartphones Looking for a Winner." Samsung has a plethora of foldable and flexible devices and displays on record and you could review them in our special archive. Samsung's latest foldable smartphone concept was published last week by the U.S. Patent & Trademark Office that illustrates an all-new folding mechanism. Samsung's new smartphone design also shows us a new backside mini display that could be used to take a photo or receive a message. Perhaps more interesting is that Samsung has published their first scrollable TV patents. While Samsung has a number of scrollable smartphone/tablet patents on record this year (one, two and three) this is the first time that they've revealed their work on a scrollable TV. The user will be able to hide their display within a small narrow case when not in use and unfold when the user is ready to watch TV or play a video game. 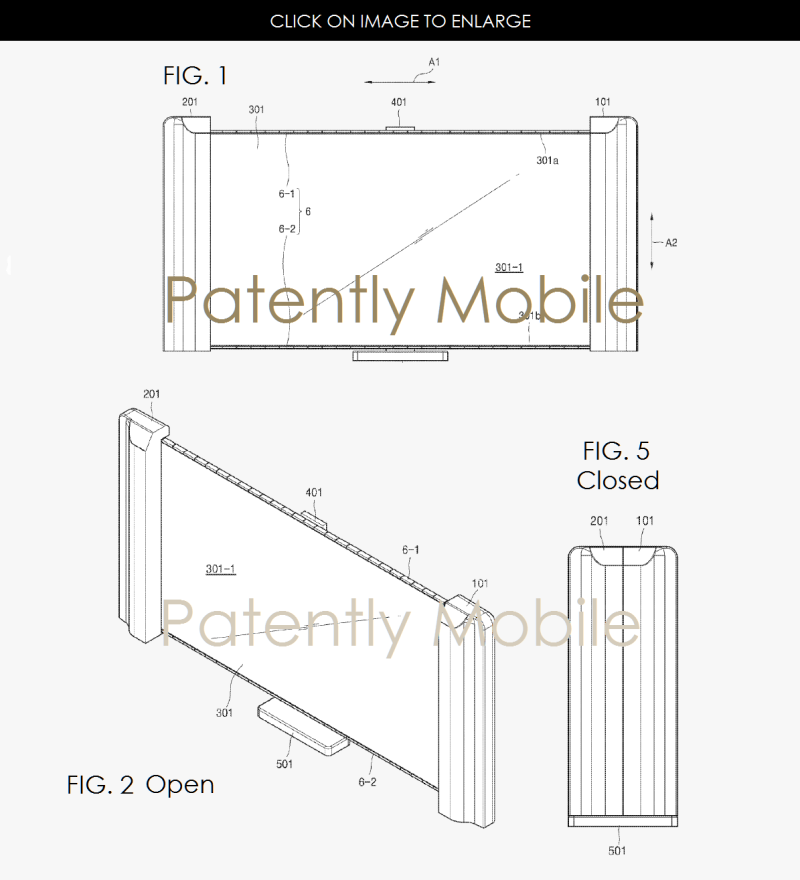 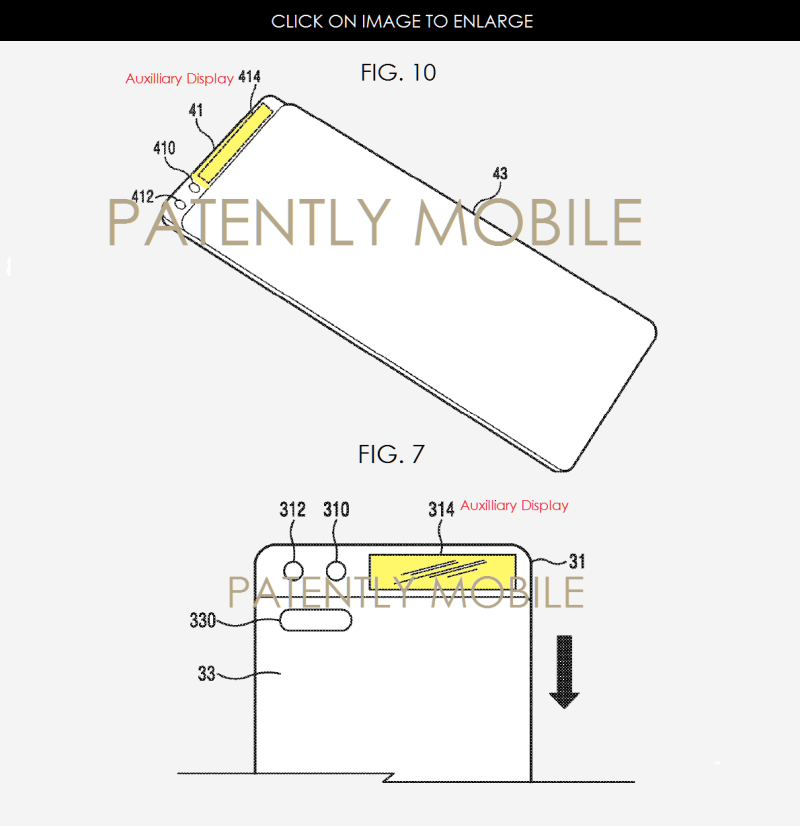 Samsung's patent FIG. 7 illustrates a single view of a foldable smartphone with a rear view illustrating a secondary mini display. In patent FIG. 10 noted above we're able to see that the camera and flash at the very top would be exposed when the smartphone is folded over so as to allow a user to take a quick photo without having to unfold the phone.