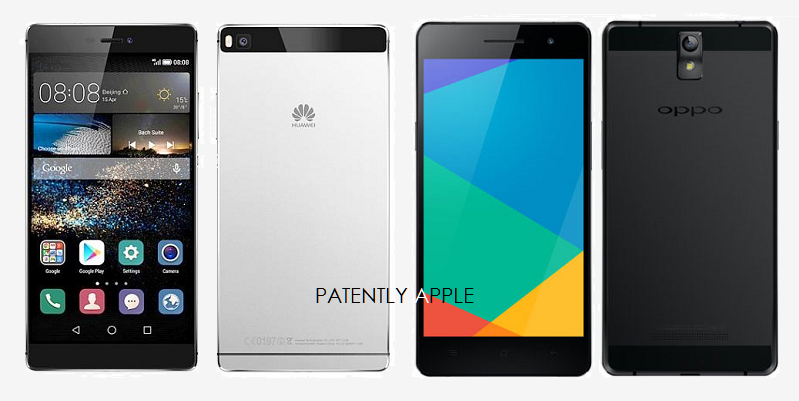 A newly published statistical report from Gartner this week noted that Worldwide sales of smartphones grew by 5.4 percent year over year. While that was positive news, it was only positive for the top Chinese smartphone vendors who reaped all of the gains while Apple and Samsung sales fell for the quarter. Samsung suffered its worst decline in smartphone sales falling 4.4% in a single quarter due to the recall and discontinuation of their Note7 smartphone line, yet held on as the number one smartphone vendor for Q3. Apple fell by 1.5% and held firmly onto to the number two spot, though technically speaking they were actually knocked down to number three. How do we figure that? Simple: BKK Communication Equipment owns Oppo, Vivo and OnePlus. Just adding BBK and Oppo stats together gives them a total of 44,4815 million smartphones inching Apple out for second place with their OnePlus brand cementing it with their totals lost somewhere in "Others" on the list. Huawei has been coming on strong over time and they finally enter the U.S. in 2017 which is bound to put them in a much stronger position over the next couple of years. 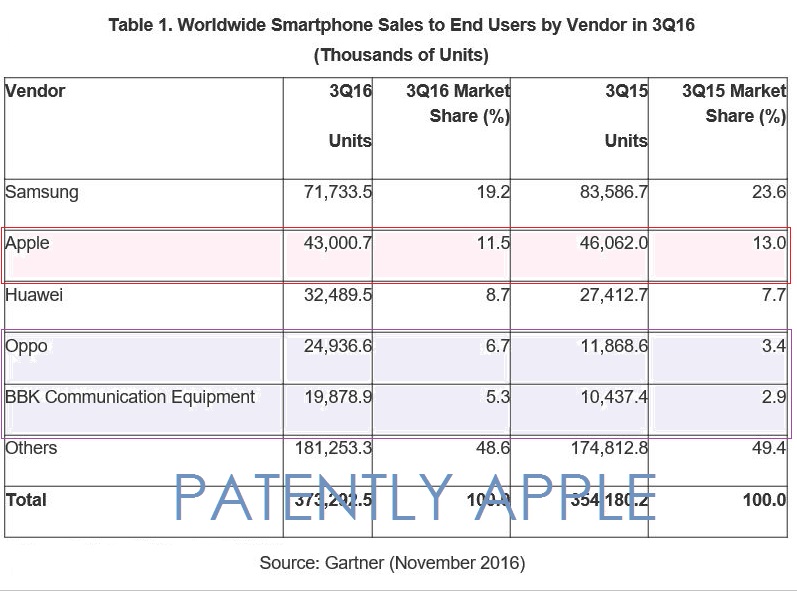 Apple's strong Q4 will allow them to comfortably remain in second postion for the year.

In total, the three Chinese vendors — Huawei, Oppo and BBK Communication Equipment —accounted for 21 percent of the smartphones sold to end users worldwide in the third quarter of 2016. They were the only smartphone vendors in the global top five to increase their sales and market share during the quarter, according to Gartner, Inc.

"China led the growth in the smartphone market in the third quarter of 2016," said Anshul Gupta, research director at Gartner. "Sales of smartphones in China grew by 12.4 percent, and the vendors who most successfully exploited the sales opportunities there were Oppo and BBK Communication Equipment. In Oppo's case, 81 percent of its smartphone sales came from China, while BBK accounted for 89 percent of smartphones sales in China. These two vendors also grew strongly in India, Indonesia, Malaysia, Thailand and Russia," he added.

Gartner's report noted that "Apple's sales fell by 8.5 percent in the U.S. and by 31 percent in China, two of its biggest markets. The iPhone 7 struggled to stimulate replacement sales."

For the sake of perspective and interest, Apple has done fairly well since 2010 as noted in Gartner's historical chart below. Apple was number five for that year with 46.6 million smartphones sold with Research in Motion slightly ahead of them with 47.5 million smartphones. Research in Motion changed their name to BlackBerry and have since dropped off the list into the bottom pit of "others" and close to being extinct. 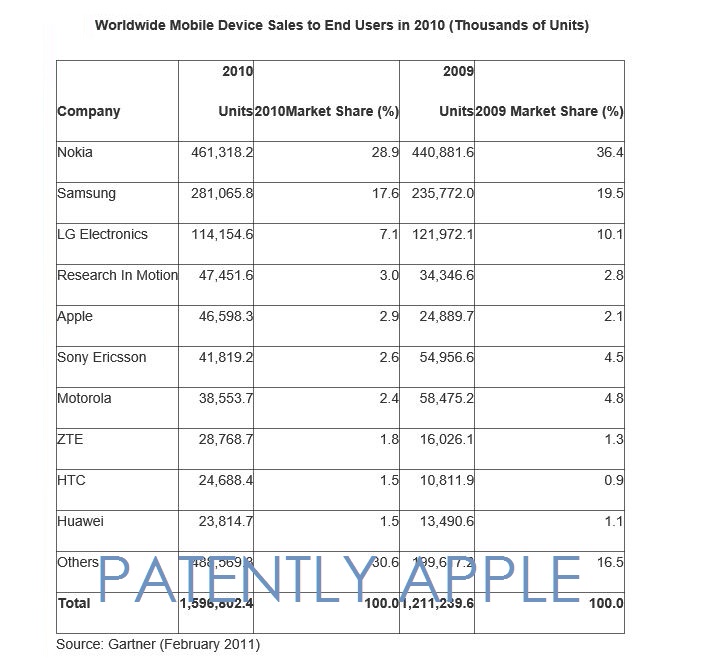 Nokia was king of the castle in 2010 with a crushing sales stat of 461.3 million phones (mobile & smartphones). Nokia is now off the top five top smartphone brands today and is lost somewhere in "Others." Microsoft rushed to acquire them in the hopes of leap frogging Apple in a single swoop. How did that turn out under CEO Steve Ballmer? Well, the acquisition has turned out to be one of the biggest corporate mistakes in history as it did nothing for Microsoft accept drag them down financially. Boy, can things change in the blink of an eye.