Home Archives Contact Us Subscribe Twitter MeWe Facebook Patently Mobile
Huawei is Entering the U.S. Market in January and it's Bad News for Samsung no matter how you look at it
New Zealand Telecommunications to Officially Cutoff Samsung Note7 Zombies from Accessing the Net 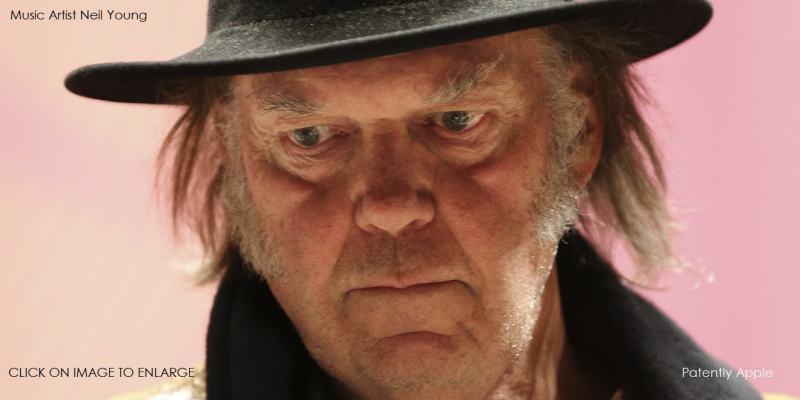 Back in 2012 Neil Young said tht "Steve Jobs was a digital pioneer, but when he went home, he listened to vinyl." Neil Young went on a crusade to save music from the likes of iTunes. Young further noted at the time that "Those songs on your iPhone do sound like crap, and it's time we demand better-sounding alternatives for our digital music." He developed a competing music player called the PonoPlayer which C/Net reviewed in 2015 and give it an Editor's rating of 3.5 stars out of four. The Pono music store is supposedly 'Under Construction.' It was announced on July 17, 2016 that the store would be down "temporarily" as they make major changes brought on by content partner 'Omnifone' and transition to a new platform provided by 7digital. A review by Gizmodo was titled "Don't Buy What Neil Young Is Selling," and another by Steriogum called out the Pono Player as 'Bullshit.'

In 2015 Young removed his music catalog from all streaming service stating he had concerns over sound quality. Young said in a Facebook post that "I don't need my music to be devalued by the worst quality in the history of broadcasting or any other form of distribution. I don't feel right allowing this to be sold to my fans. It's bad for my music."

Well, Young's bad ass moment, like so many rants from Kanye West about leaving Apple Music, has ended up being meaningless. Young has reportedly landed back on earth and back on Apple Music having to eat crow with a healthy portion of humble pie according to Music Ally.

Today's report by Music Ally notes that "Neil Young's full back catalogue has returned to streaming services. His albums are now available to stream on Spotify, Deezer and Apple Music among others."

Neil Young has yet to come out of hiding to comment on this reported move and Music Ally remains the only source to back up this announcement, though C/Net has run with this story too this morning.

If true, then what it means for Pono Music is still unknown. If true, crawling back to mainstream quality music would be quite the slap in Young's face. Then again, like most arrogant millionaire musicians, I don't think he'll be losing any sleep over it.