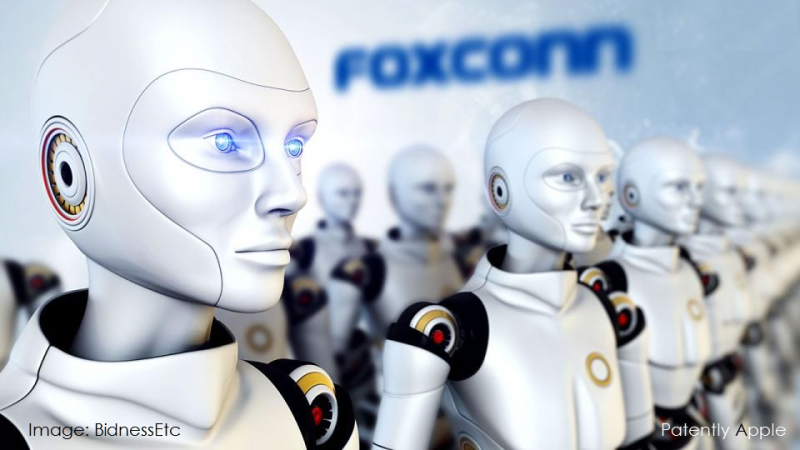 Last month we reported that the Foxconn Technology Group was about to expand its foothold in the semiconductor industry by partnering with SoftBank Group-owned ARM to create a chip design center in the southern Chinese city of Shenzhen. Foxconn signed a memorandum of understanding with the Shenzhen government to work together on semiconductor technology and startup incubators. Today Foxconn Chairman told the Nikkei about areas of interest they have in semiconductors initially.

One reason that Foxconn acquired Sharp was to use their display technology experience and push into Apple's OLED supply chain. The other reason wasn't made public until today. Foxconn want to expand Sharp's expertise in semiconductors.

Gou told the Nikkei Asian Review that he initially wants to build chips for televisions that can connect to the Internet, a major Sharp product, but he hinted at bigger aspirations, saying that emerging technologies such as cloud computing also will require the use of chips. In our report regarding ARM that we noted above, we noted that Foxconn may also be aiming to win orders for future iPhone sensors as well.

In addition to expanding into the chip sector with the hope of generating new streams of income, Foxconn also hopes to improve its profitability by cutting labor costs in China with automation. Gou stated that "Right now we use some 60,000 robots on our production lines. We plan to increase that number by 20% to 30% every year."

Last week Patently Apple posted a report titled "Foxconn Gets the Green Light from Apple to Test Wireless Charging Module for their Top 2017 iPhone Models." This could be good business for Foxconn and a great feature for the 2017 iPhone if they could pull this off in time.

Samsung introduced wireless charging with their smartphones back in 2015 and Huawei who is pushing into the U.S. market in 2017 offers SuperCharge – a way to charge a phablet in 20 minutes. So we're cheering Foxconn on to get this feature out on time and in volume.