Apple's new iPhone 7 rings up Best Selling Smartphone in the U.S. and Great Britain for September 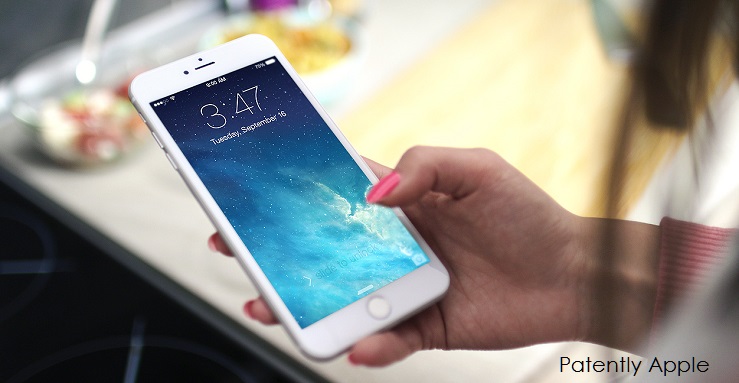 In a new report published today smartphone analyst and Consumer Insight Director for Kantar Lauren Guenveur stated that "In the US, the new iPhone 7 and 7 Plus models made an immediate impact, becoming the best-selling smartphones in the month of September at 17.1%. Strong sales of the iPhone 7 and the lower-priced iPhone 6s, the second best-selling device in the US in September, contributed to an overall growth of iOS to 34.2% in the third quarter of 2016.

Dominic Sunnebo, Business Unit Director for Kantar added that "In Great Britain, the iPhone 7 and 7 Plus were top-sellers during the month of September, accounting for 15.1% of sales. In the third quarter of 2016, iOS accounted for 40.6% of smartphone sales, a 2.4 percentage point increase from the same period a year ago. It's interesting to note the continued success of the iPhone SE in Britain, accounting for 8.5% of sales in the quarter vs. a share of just 3.5% in the US."

During Apple's Q4 Financial Conference Call, their CFO noted that even though sales were down in China in Fiscal Q4, Apple would return to growth in China in the December quarter and that demand for the iPhone 7 is outstripping supply, especially the iPhone 7. The Kantar report today noted that "with supply constrained on the iPhone 7, and particularly the 7 Plus, this positive turn for Apple is a good sign, suggesting that as supply grows to meet demand, Apple will be able to turn the tide in Urban China."

Samsung in Store for More Pain

In respect to Samsung, Lauren Guenveur noted in today's report that "Despite some sales from the beleaguered Samsung Galaxy Note 7, still technically available through the month of September, Samsung posted a year-on-year decline from 36.9% to 33.8% of US smartphone sales in the third quarter."

Guenveur added that "The holiday sales season may prove to be more challenging than normal for Samsung, who competes head-to-head with Apple during this crucial time of year. Fallout from the Note 7 recall could have an unintended impact on continuing sales of other, similarly-named Samsung devices (chiefly the Galaxy S7 and S7 edge), as consumers may not always understand the difference between the model names. However, deep holiday discounts, as we saw with the Galaxy S6 last year, may counteract any expected negative impact, as the driving reason for choice among US consumers remains finding a good deal on the price of the phone." Though any way you look at it, Samsung is in for a rocky calendar Q4 without a doubt.

In other research areas of interest, a secondary Kantar report noted that "In 3Q 2014, just before the launch of the iPhone 6 and 6 Plus, which introduced the 4.7 and 5.5-inch form factors, 47% of smartphones featured a screen size of less than 4.5 inches. In the most recent quarter, that share is just 17%. More than a quarter of the units sold now have 5.5-inch or larger screens.

With that shift, the reasons people love their smartphones have also changed – 47% of owners who acquired their device in 2016 cited 'the size of the screen' as the main driver of their satisfaction. For those who acquired phones in 2014, 'durability and reliability' was the leading reason for satisfaction, cited by 41% of consumers.

After screen size, Kantar noted that the performance of the camera is the next driver of satisfaction among new smartphone owners, cited by 39% of consumers. While this is not a monumental percentage increase from the 32% who expressed this preference in 2014, it is accompanied by a move up the list of priorities, with camera quality advancing from third to second in importance.