The aftermath of the U.S. election brought out protesters in several U.S. cities last night. Many appeared to be of Mexican descent though it was a mixed crowd to be sure. Hillary Clinton's negative and exaggerated rhetoric throughout her presidential campaign about Trump supporters being deplorables, xenophobic, anti-Semitic and KKK members resonated with those who fear a protected border, the end of sanctuary cities and deportation of illegals for which there are millions in the U.S. The Mexican youth caused riots this year at Trump rallies in California, New Mexico and stopped his rally in Chicago, sucker punched trump supporters, threw eggs, smashed cars and more. Citizens who want a strong border and their officials to act on standing U.S. laws to deport illegal immigrants are not racists. But if you happen to a part of that particular minority that will be effected by a Trump presidency, then of course fear and anger is bound to spill over as it did last night. Yesterday morning we were inundated by tech sector fear spilling over into many reports that displayed anger and ridiculous rhetoric that I covered in a report titled "Silicon Valley's Mental Breakdown over President-Elect Trump is Seriously Warped." That angst from the tech community over the election result effected some employees at Apple as well to the point that CEO Tim Cook felt the need to address it in a memo to staff as fully noted below. 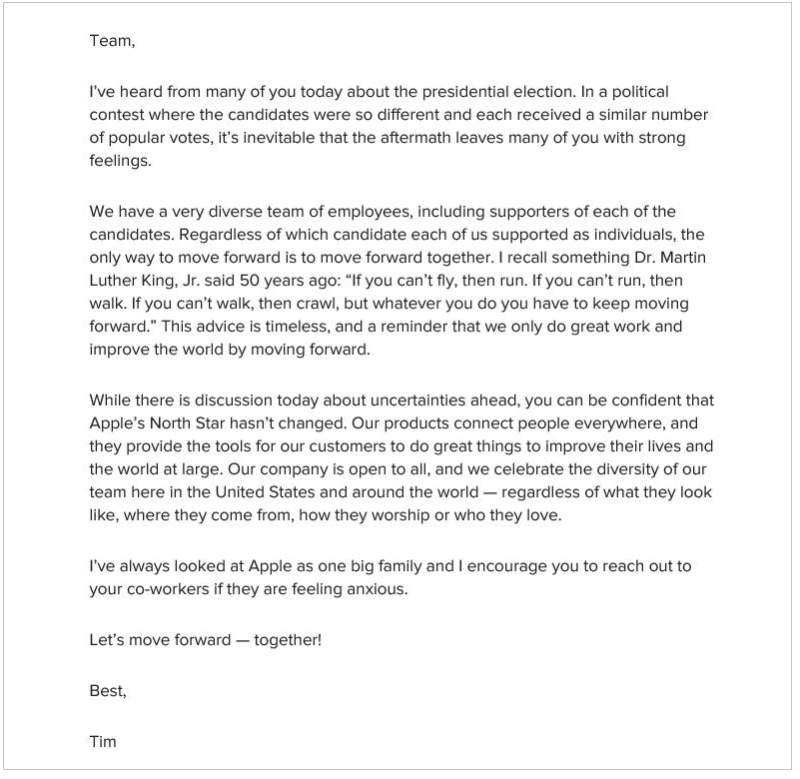