Back in July Patently Apple posted a report titled "The Impossible Dream of a Made-in-America iPhone." I noted in the report that "Some, like Presidential candidate Donald Trump, think that if Apple was given the right tax beaks to bring back their money that's offshore and get Foxconn to open a plant in the US, that it could bring back needed jobs to America. Although Apple's CEO said it wasn't just about cheap labor, it was about tool and die shops and infrastructure, that's something that could be fixed to accommodate Apple and other US companies if there's a plan to resurrect America's one-time leadership in this area. The question is, will Americans and Canadians pay $100 more per iPhone? I think they would if it meant putting America back on track and bring jobs to those without university degrees." The basic reaction found in comments posted and not posted for that report was that it would never, ever happen. Today the Nikkei is reporting that "iPhones might one day soon carry "Made in America" labels." So the impossible still has a chance of happening just like it was reportedly impossible for Trump to win the U.S. election.

After Donald Trump's election victory, the Korean press noted that both Samsung and LG were wondering if they'll have to open smartphone plants in the U.S. considering that 30% of their global profits comes from the U.S. They wouldn't want to lose that. Considering that Samsung is going to invest more than one billion U.S. dollars in an Austin plant for semiconductor production, I don't see them whining about making smartphones in the U.S. if need be.

It would most definitely add $50 to $100 per smartphone to accomplish it, but it's doable and many US and Canadian responsible adult consumers would likely pay that premium if they were assured that their favorite smartphones were creating jobs at home, or at least in the U.S. Of course teenagers will bark, but most who do will continue to buy Android phones. 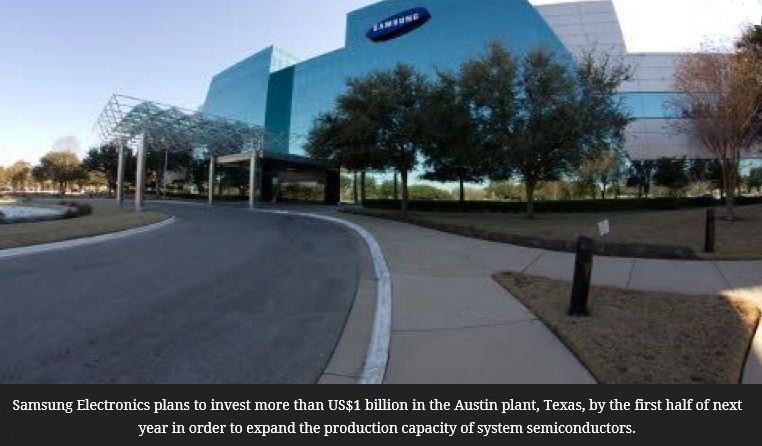 "Apple asked both Foxconn and Pegatron, the two iPhone assemblers, in June to look into making iPhones in the U.S.," a source said. "Foxconn complied, while Pegatron declined to formulate such a plan due to cost concerns."

Of course costs would go up and Foxconn's chairman made that clear, but I still believe that bringing back jobs to the U.S. will be appreciated by the working class.

The argument that people won't buy a smartphone made in the US because of a higher price is offset by those not buying any smartphone because they don't have a job. Lobbyists and high and mighty silicon valley brats will complain – but who really cares what they want?

On November 9th I posted a report titled "Silicon Valley's Mental Breakdown over President-Elect Trump is Seriously Warped." When mentally disturbed left wing executives freak out like five year olds because their side lost an election and rant that Trump is the next Hitler, then perhaps these executives should be using some of their millions on getting some serious help.

While an iPhone plant in the US is far from becoming a reality any time soon, it was still comforting to know that Apple will act rationally and do the right thing if Trump follows through and lowers U.S. business taxes from 35 to 15%. That will also allow Apple to return their tens of billions (if not hundreds of billions) in offshore accounts back home before the EU grabs it all.

Putting Americans back to work isn't the end of the world – and I assure you that if Apple refuses to be bold enough to take the plunge, then Samsung will be there to make it happen in a heartbeat. So how this all plays out over the next four years will certainly be interesting to follow indeed.