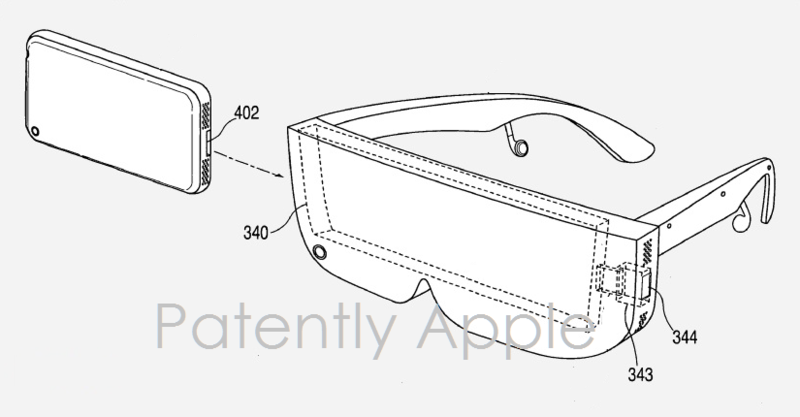 Today the US Patent & Trademark Office published yet another continuation patent from Apple that reveals further tweaking being made to their patent claims that could protect this invention in court. It's the details Apple wants to ensure are covered in a final product. Different continuation patents for Apple's future head mounted display device cover a different set of specifics that Apple wants protected. The original patent was first published in 2010, yet filed in 2008, is the master invention that goes deeper into the details of the invention including device's face plate, its camera possibilities, exterior controls, its use of haptics and more. Apple's invention was granted a patent back in  February 2015.

Then in March 2016 Apple began to tweak the patent claims of this future device and today Apple is seen once again further tweaking their patent claims as detailed below providing us with a glimpse of what's on their engineer team's mind as well as their legal team. Each patent claim presented below is new and the highlighted areas point out the specific changes and/or additions to the invention.

Hopefully Apple's ongoing invention tweaks are pointing to their team finalizing one of their next iDevices or iPhone accessories. An overview of the subject matter was covered in our January report titled "Apple's 'Secret' VR Team isn't that Secret Anymore."

Patent Claim #2: The apparatus defined in claim 1, further comprising a button on the head-mounted frame that is configured to control the removable cellular telephone.

Patent Claim #3: The apparatus defined in claim 1, further comprising a control on the head-mounted frame that is configured to receive input from a user, and wherein the control is configured to control the removable cellular telephone in response to the input from the user.

The 'Control' is specified further in patent claim #13: "The device defined in claim 8, further comprising a touch sensor on the support structure that is configured to control the cellular telephone." Further, Apple specifically notes in patent claim #15 that "The device defined in claim 14, wherein the control comprises a wheel." This could be point to an iPod-like scroll wheel.

Patent Claim #10: The device defined in claim 9, further comprising a clip for securing the cellular telephone within the mounting region.

Posted by Jack Purcher on November 10, 2016 at 05:20 AM in 1A. Patent Applications, Apple Accessories, Augmented, Virtual & Extended Reality | Permalink | Comments (0)