While Apple's CEO Talks Up Augmented Reality, TSMC Points to Specialty Chips for AR coming to Market in 2019 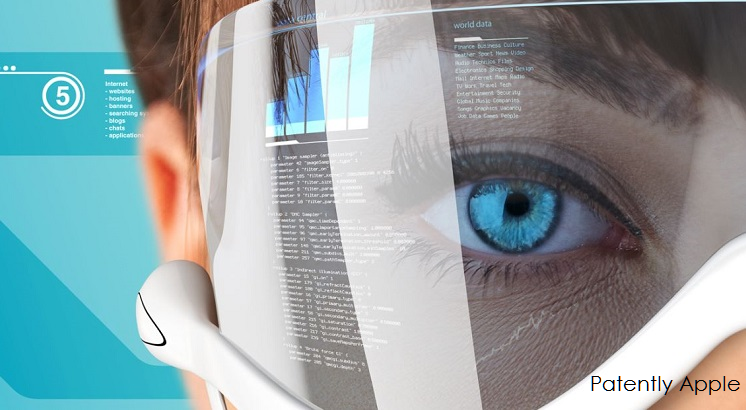 In two reports in September (one and two) Patently Apple covered Apple's CEO talking about how Apple was focused on Augmented Reality as a priority over Virtual Reality. In an exclusive interview with ABC News, Tim Cook told reporter Roberts that AR "gives the capability for both of us to sit and be very present, talking to each other, but also have other things -- visually -- for both of us to see. Maybe it's something we're talking about, maybe it's someone else here who's not here present but who can be made to appear to be present. There's a lot of really cool things there," Cook said. Our second report pointed to an Apple patent that was focused on a next-gen display that could layer Augmented Reality into a user's experience.

This same message on Augmented Reality was echoed yesterday in a new interview with Apple's CEO yesterday in Japan where he has thus far visited Nintendo and rode the famous Yamanote transit line where he paid to get on with Apple Pay on his new iPhone 7 that supports the Japanese standard technology from Sony known as Felica.

Cook said during the interview that he thought that VR "…has some interesting applications, but I don't think it's a broad-based technology like AR," and more importantly that "Augmented reality will take some time to get right, but I do think that it's profound."

TSMC Gearing Up for AI and Augmented Reality

Yesterday we may have been given another clue in the AR puzzle and time frame. When TSMC was revising their annual sales forecast upwards because of better-than-expected iPhone 7 sales, he also touched on Augmented Reality.

It was noted in a Nikkei report that "While mobile chips still account for 55% of TSMC's revenue, the chip giant is exploring new growth drivers in emerging fields including artificial intelligence, augmented reality, virtual reality, data centers, automotive market, and various connected devices.

Obviously Apple discusses future needs with chip supplier TSMC as they prepare their roadmap. I don't think it's a coincidence that TSMC is now all fired up and talking about next-gen chip opportunities like Augmented Reality and Artificial Intelligence with the press so confidently without knowing first hand what their key customers like Apple are up to. So 2019-2020 seems to be a realistic time table that we may begin seeing AR applications surface at WWDC event.

Apple's 2018 iPhones may use 7nm Processors

Yesterday during a press conference, TSMC was more specific. They noted that Development of 7nm technology is well on track, and the process will be ready for risk production in the second quarter of 2017.

More importantly, TSMC's co-CEO Mark Liu stated that TSMC expects to have more than 20 customers for the 7nm process, which will target production for both mobile and high-performance computing applications. TSMC is on schedule for 7nm with volume production planned for 2018.

It's pretty safe to say that Apple will be among the first 20 customers to deliver iPhones with 7nm processors.