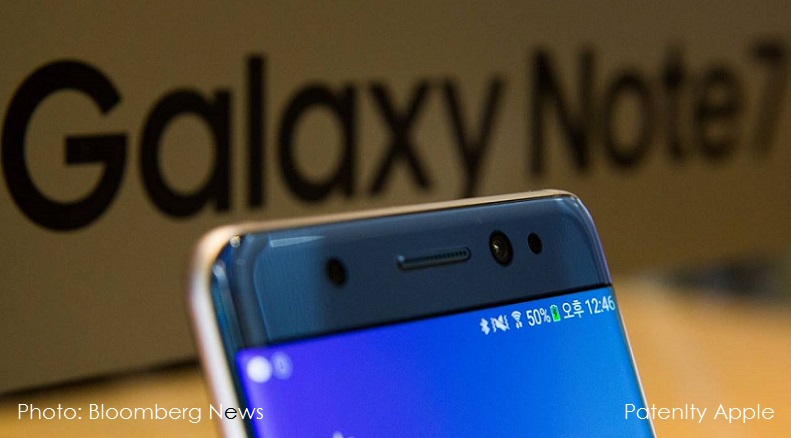 Ever since Wednesday's news of the Southwest Airlines flight evacuation due to a replacement Note7 catching fire, tensions of escalated dramatically over the ability to trust Samsung or their Note7 replacement. A new report published late last night states that "U.S. phone carriers said Friday they are allowing customers to replace their Samsung Electronics Co. Galaxy Note 7 smartphones a second time, a sign that consumer anxiety remains high over devices that were recalled because they were prone to catching fire."

"The replacement offer comes two days after a Samsung device began emitting smoke on a Southwest Airlines Co. flight before takeoff in Louisville, Ky." Although neither Samsung nor the airline identified what model of Samsung device was involved," the owner of the Note7, Brian Green, told The Verge in no uncertain terms that the phone in question was in fact a 'replacement Galaxy Note7' that was deemed safe by Samsung.

It was further noted Wednesday that the owner of the replaced Note 7 Brian Green, said that he had powered down the phone as requested by the flight crew and put it in his pocket when it began smoking. He dropped it on the floor of the plane and a 'thick grey-green angry smoke' was pouring out of the device. Green's colleague went back onto the plane to retrieve some personal belongings and said that the phone had burned through the carpet and scorched the sub-floor of the plane.

The Wall Street Journal (WSJ) reports that on Friday, "Verizon decided to offer customers the exchange option after hearing of the incident on the Southwest flight,' a spokeswoman said. 'We want to make sure that our customers who are concerned about their devices are able to exchange it." Yet if the first replacement caught fire, what does replacing it from the same batch going to solve?

A Samsung spokeswoman told the WSJ that "We continue to move quickly to investigate the reported case to determine the cause and will share findings as soon as possible. Samsung understands the concern our carriers and consumers must be feeling after recent reports have raised questions about our newly released replacement Note 7 devices."

The overheating of the Samsung phone on the Southwest flight has rekindled doubts about the recall. If the phone is a replacement Note 7 distributed during the recall, and bearing a different battery, it would undermine a recall process that has already been plagued by confusion and consumer frustration.

The U.S. Consumer Product Safety Commission, which authorized the recall in conjunction with Samsung, said it is investigating the incident. On Thursday afternoon, the commission subpoenaed the smartphone from the Louisville Fire Department, according to Kevin Fletcher, captain of the department's arson unit.

Troubling is the fact that "Mr. Fletcher said the fire damage obscured the numbers on the back of the device that would have indicated its model number, although a Samsung logo was still visible." It's troubling because this could conveniently allow Samsung to contradict the owner of the Note7 and say it wasn't a replacement. Hopefully the U.S. Consumer Product Safety Commission will make sure the finding is accurate and not trust Samsung's analysis alone.

At the end of the day, when consumers can't even trust Samsung's replacement phones and risk being harmed by it bursting into flames, it's game over. Samsung's never ending investigating and continual denials is simply putting gas on the flames of public opinion. Samsung's never ending denials could be likened to their never ending denials that they infringed Apple patents. One of the Judges in the case this week made it absolutely clear that Samsung's infringement was deliberate and said that the damages should be increased for their actions.

The same should happen with U.S. authorities who are forced to continually investigate this. They should ban the Note7 outright due to this recent fire. The fire on the Airline flight this week crossed a line and the public wants decisive action to stop Samsung's faulty Note7 design from being sold. Stubborn at some point in time simply turns into stupid and it's come to that point now with the Note7.

I think that AT&T is close to that conclusion as well. It was reported late yesterday by Bloomberg that "AT&T Inc. is considering stopping all sales of Samsung Electronics Co.’s flagship Galaxy Note 7 over concerns about the smartphone’s safety, according to a person familiar with the situation." That's the kind of leadership that is needed at this time. Everyone selling the Note7 has egg on their face and AT&T will hopefully have the courage to pull the trigger as a responsible carrier.