Last month Patently Apple posted a report titled "The iPhone 7 is Proving Wildly Popular, but its new Haptics-Based Home Button is a Real Miss." The report basically covered John Gruber's review of the iPhone 7 and his distain for Apple's new Haptics based Home Button. After testing it out myself at my Local Apple Store, I had to agree with Gruber. I stated that I wished Apple would give users the option to turn off the haptics of the Home Button. Who needs them anyways. I want the functionality of the Home Button but don't need a click, a clunk, shake rattle or roll. Apple has discussed a virtual home button solution (one and two); a solution that could come our way as early as next year's iPhone so when the iPhone is turned off, there is no Home Button to see. It would only appear as a virtual button on the screen when the iPhone is on.

To confirm that this is actually being considered by Apple we only need to view the photo below of Apple's new notice regarding a problem with the haptics-based Home Button. The photo was posted in MacRumors forum by iwayne.

In the photo Apple provides a virtual onscreen home button as a work around until the iPhone could be serviced. But once again, who needs a haptics based home button anyways? A nice quite non-haptics home button would be just fine. This is the option that I was hoping for, but unfortunately it only pops up if there's a problem with the haptics-based home button as noted below. That's too bad, because it should be an official option. It's enough of an annoyance for me that I'll wait for Apple's home button solution next year.

Though at the end of the day, iwayne's photo noted below is a winner and definitely shows us what could be coming our way in next year's anniversary iPhone. 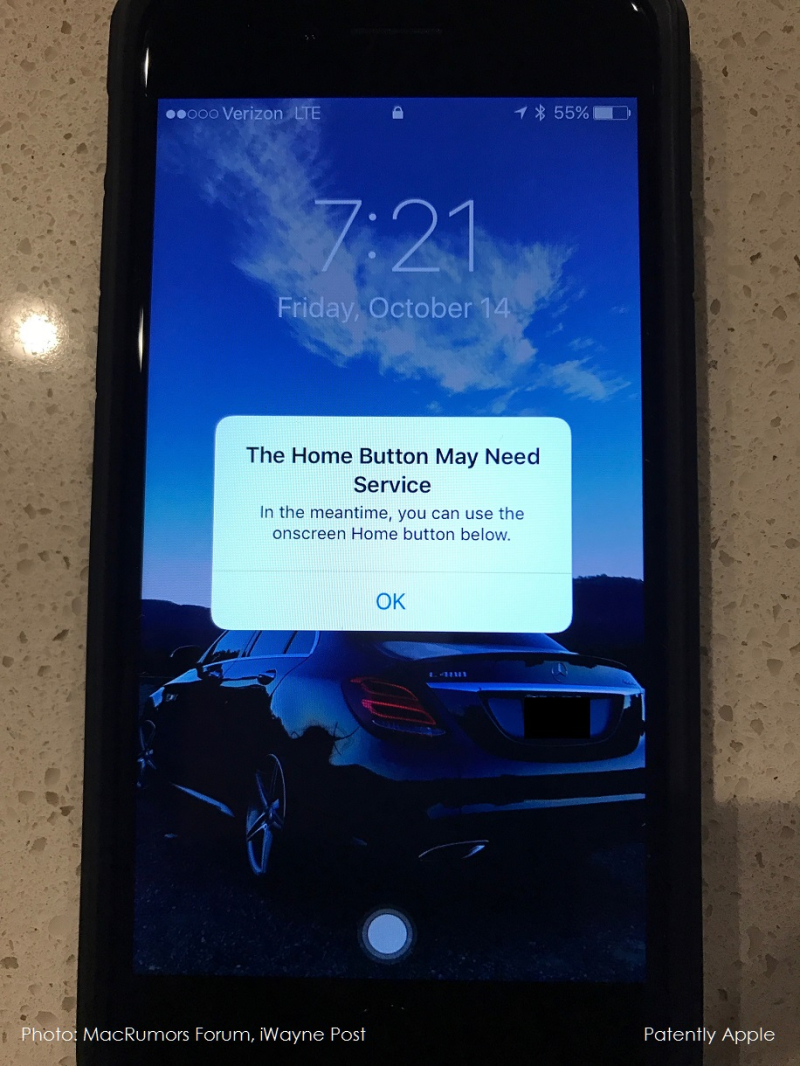