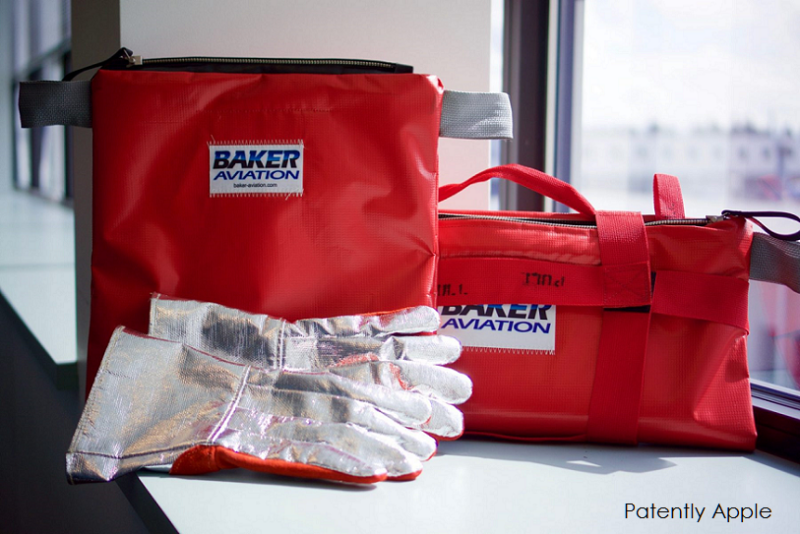 The Southwest Airlines incident with a Galaxy Note7 catching on fire on October fifth turned the tide of public opinion against Samsung. Even Samsung's heir apparent admitted that the incident was the trigger for him to pull the plug on blundered smartphone. The incident put the airline industry into panic mode. In short order they've now begun to outfit planes with fire-containment bags capable of withstanding 1,760C heat to stop smartphone and laptop battery fires from spreading throughout the plane.

The first airline to deploy fire-containment bags on its entire fleet was Alaska Airlines. The Seattle-based airline finished adding them to its 219 planes in May, a process that took two months from concept to deployment. With the Samsung incident, several other airlines have gone into high gear to adopt these new bags.

A new report states that following explosions of Samsung Galaxy Note 7 smartphones, airlines are taking steps to protect their planes from mobile devices with fire-suppressing systems.

Three US airlines have started rolling out new fire-containment bags capable of sealing up an overheating smartphone or laptop battery to prevent a disaster mid-air.

The bright red bags are made of a fire-resistant material and are designed to hold electronic devices such as mobile phones and laptops. The bags, which retail for $1,800 each, can be shut with Velcro and heavy-duty zippers to withstand temperatures up to 1,760C.

Virgin America installed fire-containment bags on all its 60 or so planes, while Seattle-based Alaska Airlines finished adding them to its 219 planes in May.

Atlanta-based Delta Air Lines said that it too would be adding such bags to its more than 900 planes, prioritizing the 166 aircraft that cross oceans, as well as some Boeing 757s used for domestic flights, which will have two of the bags each by the end of the year.

"This has been on the to-do list, but has been accelerated by recent events," said Morgan Durrant, communications manager for Delta.

Other airlines, including American Airlines, JetBlue Airways, Southwest Airlines and United Airlines, have yet to deploy the bags, but do have aircrew training and fire extinguishers to deal with high-energy fires mid-flight.

On Tuesday Samsung's preliminary estimates over the costs of the first recall rang in at US$4 billion. Today Samsung let it be known that the costs will rise to what amounts to US$6.1 Billion.

A Korean report this morning states that Samsung announced that "In total, the halts in sales and production of the fire-prone Note 7 cost Samsung Electronics more than 7 trillion won ($6.1 Billion U.S.).

The operating profits of the company's internet and mobile division in the fourth quarter is also estimated to drop more than 20 percent year-on-year to close to 2 trillion won, according to analysts' estimates.

To cover the cost from the Note 7, Samsung plans to focus on other premium smartphone brands such as the Galaxy S7 and Galaxy S7 edge. The tech giant also reportedly plans to shift operations of plants in Gumi and Vietnam -- originally for the Note 7 -- to produce the Galaxy S7 and S7 Edge.

Samsung, reeling from the painful Note 7 fallout, also vowed to improve its product development that critics say is largely at fault due to its rigid organizational culture."

Kim Sun-woo, an analyst at Meritz Securities stated for the report that "Samsung may improve earnings in its mobile division in the first quarter of next year if it investigates the causes of the explosions, discloses the solution for the production of the Galaxy S8, and adopts compensation programs in case of possible explosions."

What's disturbing about Samsung's handling of their Note7 crisis is that they sent out replacement Note7's in quick fashion without even knowing if that would actually solve the problem. When the replacement batteries began exploding, their theory also went up in smoke.

Just yesterday Samsung vowed to figure the root causes of the Note 7 problem. This is what's damaging to Samsung's reputation: The admission that they never had a clue as to what was going wrong behind the scenes while telling the press that it is was all due to a bad batch of batteries. They lied, which means that the anger expressed by their customers in China were right all along. It's not the battery, it's something within the Note7's architecture that has a problem controlling the charging of the battery.

Now the fact that analysts want Samsung to adopt compensation programs in case their future Samsung S8 explodes tells you that there's deep fear even at the broker level about Samsung ability to resolve this problem.

Yet the thing that might have saved the Galaxy S7 Edge from having an overheating problem is that they adopted a liquid cooling system for that model; something that couldn't have been adopted by the Note 7 due to precious internal space being reserved to accommodate their S-Pen or stylus.

Without a doubt, this has been one of the worse weeks for Samsung in decades and a baptism of fire for their heir apparent Jae-yong Lee.

Samsung's CES 2017 Surprise has Likely Gone Up in Smoke

It was discussed in the Korean press just yesterday that Samsung was planning to unveil their new Galaxy S8 in a surprise event at CES 2017 and launch it while at the Mobile World Congress in late February.

Yet with the demise of the Note7 this week, those plans are likely to have gone up in smoke, as such a market surprise would now be interpreted as Samsung in panic mode rushing out yet another smartphone release. The ripple effect of the Note 7 crisis continues.