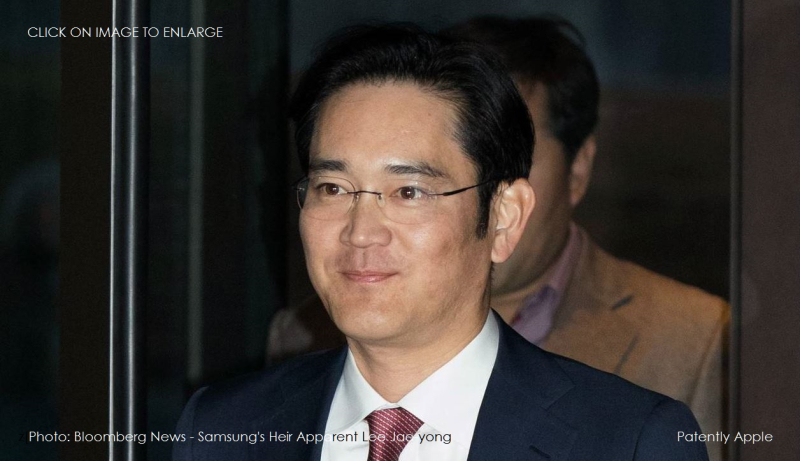 A report out of Seoul Korea today states that Samsung Electronics' heir apparent Lee Jae-yong is under pressure to show greater leadership in containing the crisis over the termination of its flagship Galaxy Note 7 smartphones. Last week Patently Apple posted a report stating that Lee was hoping for the Galaxy Note7 to outflank the iPhone7. That admission along with Lee holding out until the Southwest Airlines incident to stop production of the faulty smartphone concerns some in Korea that Lee isn't showing true leadership.

Analysts say that Lee, whose official title is vice chairman, must show firmer leadership in reforming the tech giant's IT and mobile communications division so that there is no contagion effect from the Note 7 problems.

Park Ju-gun, head of CEO Score, an information provider focused on Korea's top 500 companies stated for the report that "Lee needs to take the initiative in patching up the crisis by putting the IT and mobile communications division on the right track. Jae-yong is also responsible for strengthening the company's manufacturing technology which had been top class under his father's leadership."

Harvard-educated Lee has been leading the nation's largest company and its parent Samsung Group since his father Lee Kun-hee was hospitalized after a heart attack in May 2014.

Song Dong-hyun, CEO at Mingle Spoon, a Seoul-based crisis management consultancy, says Lee should be candid about the Note 7's safety issues. "Vice Chairman Lee should show that he and the company care for customers not only in Korea but also all over the world by letting them know the problems of Note 7 and its ways to fix them." 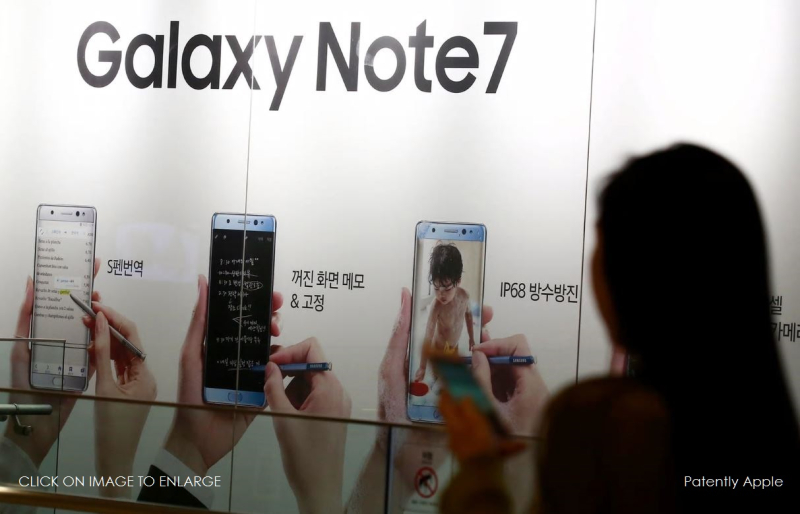 Song says that will be the fastest way to regain customers' trust, which is critical for the company to sell its next model of Galaxy S8 expected in March next year. He believes that Lee may apologize to consumers after he joins the board of directors on Oct. 27. The only son of the ailing chairman was nominated to join the board early September.

Market watchers say Lee must learn from Akio Toyoda, CEO of Toyota Motor, who successfully led the Japanese automaker through a massive recall crisis in the U.S. in 2009 after some of the company's vehicles were found to have faulty brakes. Toyoda apologized to American customers in Congress.

Patently Apple noted in a report last week that what was disturbing about Samsung's handling of their Note7 crisis is that they sent out replacement Note7's in quick fashion without even knowing if that would actually solve the problem. When the replacement batteries began exploding, their theory also went up in smoke. In fact just last week Samsung vowed to figure the root causes of the Note 7 problem. This is what's damaging to Samsung's reputation: The admission that they never had a clue as to what was going wrong behind the scenes while telling the press that it is was all due to a bad batch of batteries. Yet Samsung does their own battery testing and they gave the replacement batteries the green light. So they apparently lied, which means that the anger expressed by their customers in China were right all along. It's not the battery, it's something within the Note7's architecture that has a problem controlling the charging of the battery.

In another report that Patently Apple posted on Friday I noted that "In the end, it's the Korean press that should be humiliated for being shown to be callous and disrespectful to Samsung's U.S. customers who have suffered trauma and burns due to the blatant defect in the Note7 smartphone. These Samsung fans should be offered an apology rather than receiving scorn for hurting Samsung's reputation that is well deserved at this time."

This is why Park Ju-gun, head of CEO Score and Song Dong-hyun, CEO at Mingle Spoon want Samsung's heir apparent to dig down and find a way to directly apologize to customers outside of Korea and mainly the U.S. for causing them pain and suffering; for putting an airline in danger and having to ground an airplane because of a flaming Note 7. It's evident that the Korean press aren't up to the task and many stubborn Samsung fans are acting irresponsible and irrational about the incident which further damages the Samsung brand image. So Korean business leaders are hoping that Lee will do the right thing.

Will Lee Jae-yong step up to the plate during the week of October 27 and make that apology or will he just want to put his head in the sand and hope that it all just goes away? We'll know in two weeks time.