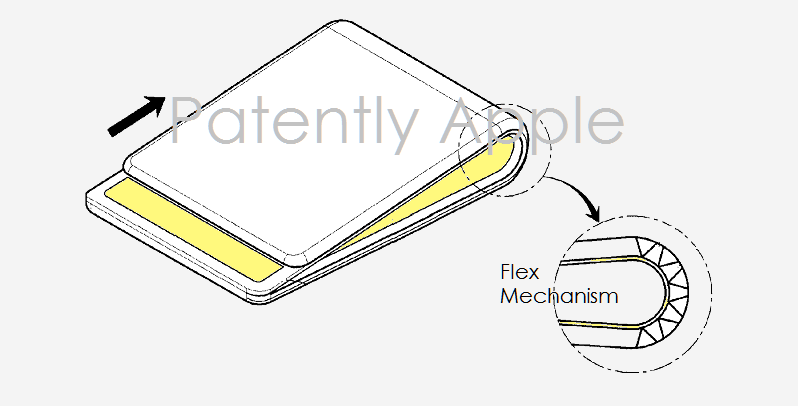 Back in June of this year Bloomberg posted a report stating that Samsung had two new smartphone designs on tap under a project code-named 'Project Valley.' This project could finally introduce foldable smartphones that are like a small notebook to market in 2017. Of course this isn't news to Patently Mobile, as our utility patent archive illustrates many of Samsung's concepts as well as their designs. Bloomberg claimed at the time that someone familiar with the project said it could debut as soon as late February at the Mobile World Congress smartphone event in Barcelona next year.

To get a glimpse of what a bendable or foldable display could possibly look like in the real-world as opposed to flat patent illustrations found in our report, see the video below from a South Korean trade show earlier this year.

With Samsung's Galaxy Note 7 disaster recently concluding with their shutting down production because fires continued with their replacement units, Samsung is now under pressure to resurrect their brand image and be seen as a smartphone leader again. Something they thought they nailed with their Note 7. Will Samsung be bold enough to introduce a folding smartphone as rumored or will they back-off anything that's chancy at this point until some time has passed and the Note 7 crisis is firmly behind them?

Should they proceed, then it should be noted that in the last month or so two new foldable Samsung smartphone patents have been published by the U.S. Patent & Trademark Office. The first design illustrated below, in a collection of three patent figures, we're clearly able to see a foldable smartphone that's based on a single foldable display. 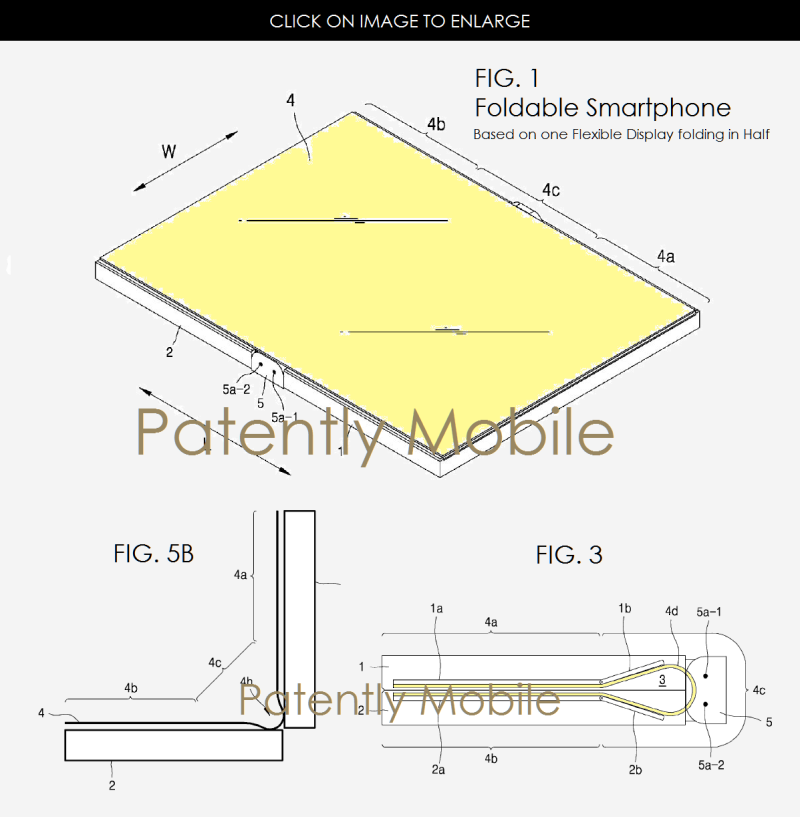 Samsung's Patent figures 3 and 5B noted above are side views of this smartphone design in the process of folding. In these illustrations it's made clear that in this particular model the flexible display actually buckles in a loop in a very precise manner in the middle and not actually fold so as to avoid destroying the display over time.