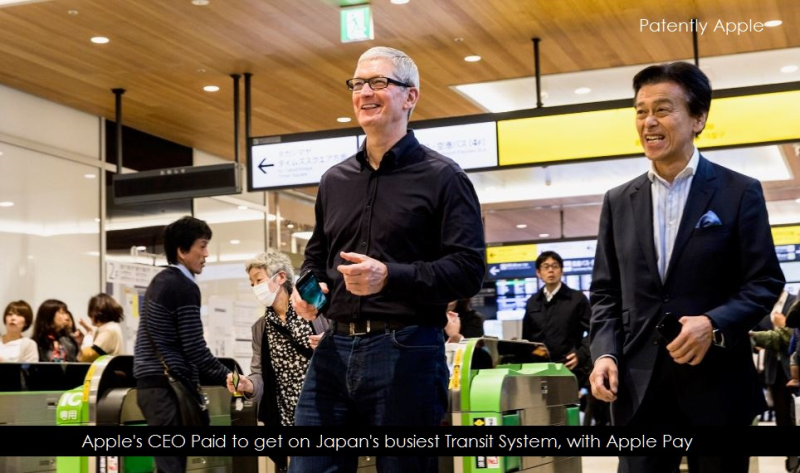 The Yamanote Line is a railway loop line in Tokyo, Japan and is one of Tokyo's busiest and most important lines, connecting most of Tokyo's major stations and urban centers, including Marunouchi, the Yūrakuchō/Ginza area, Shinagawa, Shibuya, Shinjuku, Ikebukuro and Ueno, with all but two of its 29 stations connecting to other railway or underground (subway) lines. Today Apple's CEO paid to get on the Yamanote Line using Apple Pay and as you can see by our cover graphic capturing that moment, he was beaming with pride.

In August Patently Apple reported that "Apple Pay could Score a Major Victory Next Year in Japan's Transit System and Beyond." Within weeks Apple surprised everyone with news that Apple Pay was coming to the Japanese transit system much earlier due to the iPhone 7 including the right technology to make it all happen: Sony's Felica. Apple covered this in their Apple iPhone 7 Keynote on September seventh. You could review Apple's press release regarding Apple Pay for Japan's transit here.

Apple Pay is accepted anywhere Suica is available, so users can make quick everyday purchases and buy or reload a Suica card or commuter pass, all with their iPhone 7. 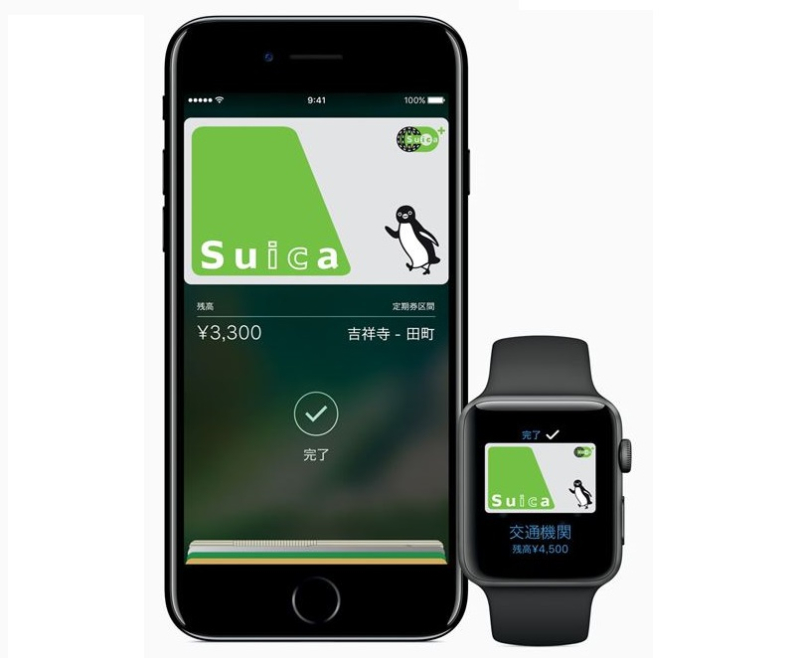 While in Japan, Apple's CEO also dropped in on Nintendo in Japan's ancient capital of Kyoto to meet with Nintendo executives at the gaming company's headquarters. Super Mario Run is scheduled to be released on the App Store in December with no word when it would be ready for Android. I think what Tim Cook is really looking at in his tweet above, are Apple's profit projections for this game over the holidays: Ka-ching! But officially he was 'playing a game.'