Will Apple Defy the Critics with Unexpected Surprises for the iPhone 7? 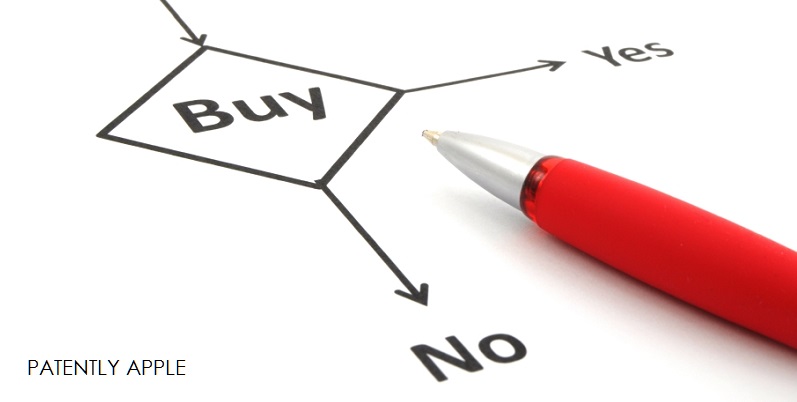 Reuters reports today that 'The iPhone 7 is expected to make its global debut on Wednesday, but many consumers and investors are already setting their sights on Apple Inc.'s 2017 version of the popular gadget, hoping for more significant advances.

Analyst Jan Dawson of Jackdaw Research states that "It looks like part of the reason they are keeping the design the same this year is there are bigger changes they are working on for next year." Dawson is referring to the fact that the iPhone 8 (or whatever they call it) will be introducing an all-new OLED display and one that's slightly larger and is rumored to be part of a new all-glass form factor with the display extending to at least the sides of the iPhone. The classic Home Button is also likely to disappear giving the iPhone a distinct new look.

Colin Gillis, an analyst with BGC Partners told Reuters that "Wall Street is impatient for growth, and Apple will be hard-pressed to reverse the downward trend this year. The iPhone 7 runs the risk of disappointing investors."

Many Apple blogs have been wondering whether Apple fans would be buying the iPhone 7 or hold off for next year's anniversary iPhone. One such Apple blog is 9to5Mac which conducted a survey on the matter. With a base of 14,000 respondents, 51.63% surprisingly voted for waiting for next year's iPhone as the results show below. That leaves a potential pool of 48.37% open to buying the iPhone 7 (with 28.5% of them firmly committed). 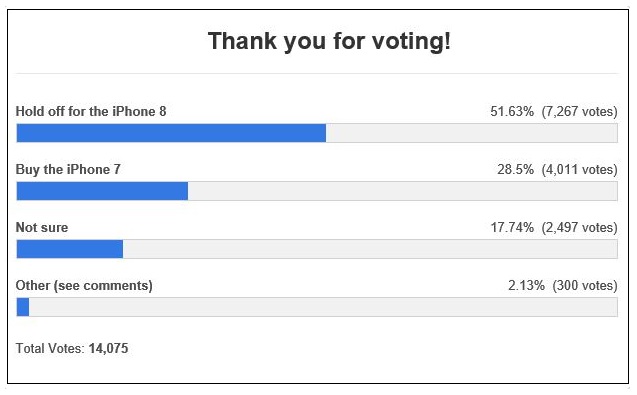 I don't think in any year there's been 100% buying into the latest iPhone. And, it's an unscientific survey so that's not necessarily the way that it will actually play out in the coming months. Yet it's a fair survey reflecting the mood in the community at a frozen moment in time. I mean, how many times have Apple fans had a choice like this? It's unprecedented.

At the end of the day, I can't see Apple purposely shooting themselves in the foot by purposely launching a boring iPhone 7 after the iPhone 6s which was anemic in its upgrade value. I think that Apple would have fought to downplay the anniversary iPhone rumor if the iPhone 7 was going to be a dud, but they haven't. That's why today's keynote unveiling of the iPhone 7 is going to be such an interesting one to watch live.

If Apple launches their faceshift app to go along with their new dual lens camera and make the Apple Pencil an option to use with a new iPhone magnetic accessory cover (for iPad and iPhone) to hold the pencil, it could be enough to pull many on the sidelines to buy an iPhone 7. 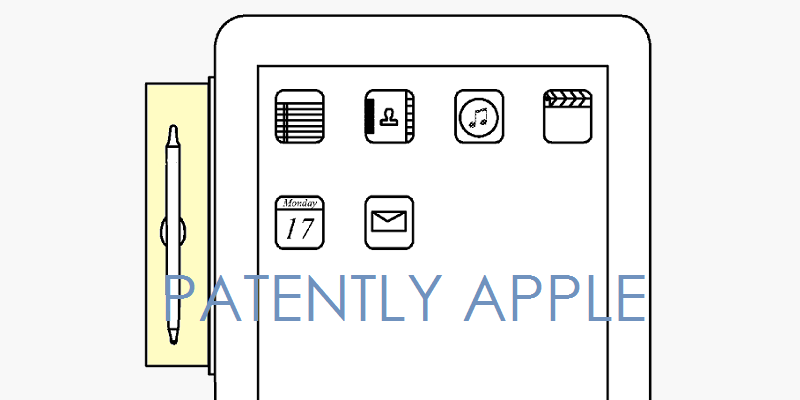 Of course if you're single, I guess you're going to want the best you can get for your dollar and hold off for a possible cooler iPhone next year if the rumors in fact pan out.

As for me, I decided last year that going forward I would stagger my iPhone purchases. So for instance, my wife will get the new iPhone 7 and I'll get my iPhone 6 back. Next year my wife will get the iPhone 8 and I'll either take her iPhone 7 or buy a second iPhone 8 if it's really a stunner. The idea is to make sure that there will always be one of the latest iPhones in our home so that we could both stay on top of the latest iPhone features.

So how about you? Will you be buying the iPhone 7? Would the iPhone 7 working with the Apple Pencil persuade you to jump in? Would a surprise iPhone 7 Pro with a productivity suite and higher security features be your motivator? Could Apple possibly offering a new and exciting app like Faceshift entice you? If you have a moment, send in your comments below. I'm sure many would like to hear your point of view.

In the end, will Apple and their fan base defy the critics that expect the iPhone 7 to be a boring dud? I believe it's more than possible if Apple delivers at least one meaningful surprise. Stay tuned as we'll know the answer to that one in just a few hours.