The iPhone 6s Remained the Top Smartphone in the U.S. in July while the iPhone SE Rang in at Number Three 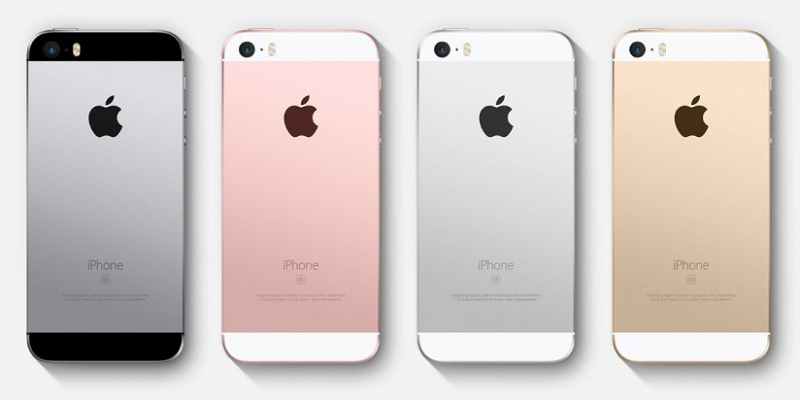 Just as the iPhone 7 is set to debut this week, Kantar reports today that in the three months ending July 2016, the iPhone SE was the third top-selling device in the US, capturing 5% of smartphone sales, behind the Galaxy S7 at 9%, and the iPhone 6s at 11%. We've already reported that the iPhone 6s was number one in Q2 back in August and it now continues to beat Samsung's Galaxy S7 in July despite all of the hoopla about it being the best smartphone by the Android favored press. So there's little doubt that Apple's new iPhone 7 is going to absolutely bury Samsung's Galaxy S7 in the U.S. and likely beyond.

Compared to the other available Apple models, the iPhone 6/6 Plus and the iPhone 6s/6s Plus, iPhone SE buyers are younger and tend to have an income under $50k. This is no surprise. With a starting price of $399, the iPhone SE was expected to attract a relatively younger buyer and lower income base. 42% of SE consumers cited "getting a good deal on the price of the phone" as a main influencer to purchase, compared to just 30% of iPhone 6/6 Plus buyers and 23% of iPhone 6s/6s Plus buyers. 24% of iPhone SE buyers were buying their first smartphone or their first mobile phone.

In addition to the lower price, 60% of iPhone SE buyers cited screen size as a main driver of purchase, followed by battery life at 47%, and attractiveness of design at 31%. Compared with buyers of the larger-screen iPhones, these three elements were more important to SE buyers than to the buyers of 4.7-inch and 5.5-inch models. 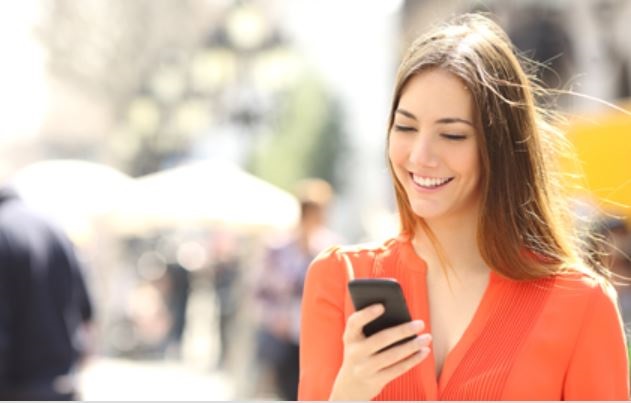 The Kantar report further noted that despite a significant push among carriers and manufacturers, the US remains relatively close to a two-year smartphone upgrade cycle. On average, smartphone owners keep their devices for 22 months before upgrading, while for iPhone owners, the length of ownership is longer, at 25 months. The iPhone 6 and 6 Plus, released in September 2014, account for the largest share of Apple's current installed base at 33%. Among iPhone 6/6 Plus owners surveyed in June 2016, 29% intend to change their device within the year, and almost all of them intend to remain loyal to Apple. For these potential upgraders, battery life is most important (75%), followed by the quality of the camera (63%), and storage capacity (53%). 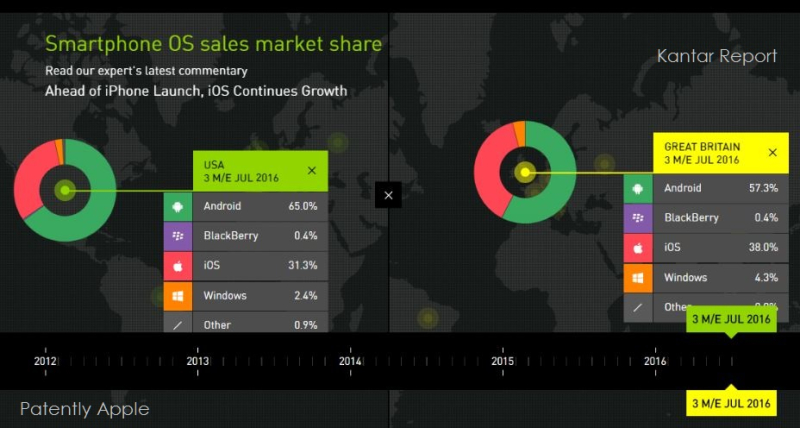 The latest smartphone OS data from Kantar shows year-on-year sales growth for iOS in the three months ending July 2016 in most regions, including the US, EU5, and Australia. In the US, Android posted a year-on-year decline in sales of 0.6 percentage points to 65%.

Lauren Guenveur, Consumer Insight Director for Kantar Worldpanel ComTech stated that "Ahead of Apple's event this week and anticipated new iPhone models, we see that the iPhone SE has meant some success for iOS, helping it achieve year-on-year growth across a number of regions. In the US, iOS accounted for 31.3% of smartphone sales in the three months ending July 2016, a 1.2 percentage point increase compared to the same period a year ago."

Dominic Sunnebo, Business Unit Director for Kantar Europe added that "In Great Britain, iOS achieved a 5.2 percentage point increase vs. a year ago, to account for 38% of smartphone sales in the three months ending July 2016. This is the strongest growth in share since the three-month period ending September 2015."