The U.S. Patent and Trademark Office officially published a series of 64 newly granted patents for Apple Inc. today. In this particular report we highlight Apple's granted patent that discusses the possible uses for the 'hidden port' that's built into the Apple Watch that's note being utilized as of yet. Apple notes that the Apple Watch may be able to physically plug into a future MacBook to recharge it and more. Of course Apple has a wireless charging solution in the works to perform this very same task in an easier fashion. Which of the two methodologies will be chosen to come to market first is unknown at this time. 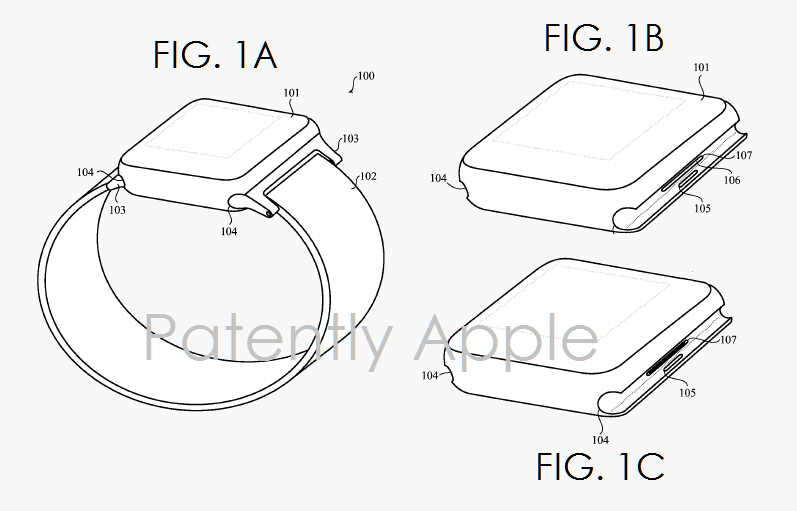 In Apple's patent FIG. 9C noted below we're able to see an example electronic attachment member 902 with the band connector 904 connected to a computing device / MacBook #908. This configuration may allow power from the MacBook to be provided to the band segment portion #902, a component of the band segment portion (such as a battery for the purpose of charging the battery).

This configuration may also allow data to be transmitted between the MacBook and the Apple Watch band segment portion #902 to allow transfer of files and/or other data, remote commands, software and/or other updates, and so on. 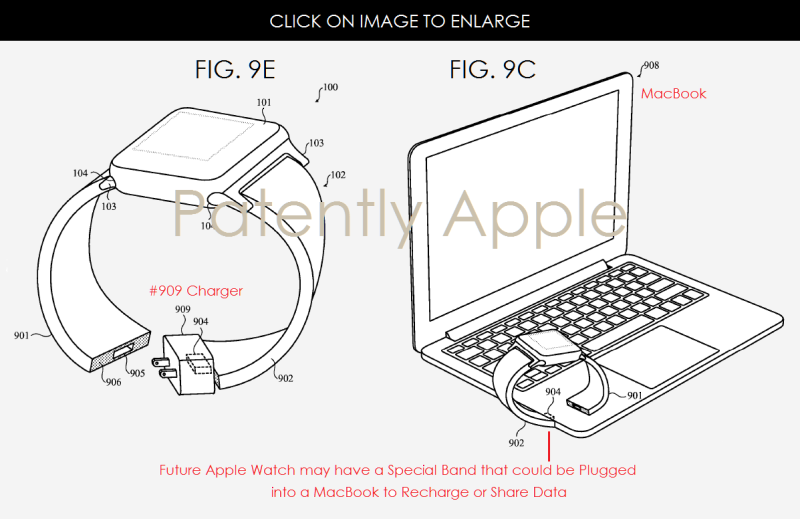 Apple's patent FIG. 9E noted above shows the example electronic attachment member with the band connector connected to a charger.

Patently Apple briefly touched on this patent application back in April of this year in a report titled "Apple Invents an Apple Watch Band with Individual Smart Links that Could Add New Functionality." We originally missed the importance of highlighting patent FIGS. 9E and 9C which we've now done in this granted patent report.