The U.S. Patent and Trademark Office officially published a series of 64 newly granted patents for Apple Inc. today. In this particular report we cover the MacBook's Butterfly Hinge Mechanism and the water proofing methodologies that are used in the new iPhone whereby the speaker is able to expel water in the acoustic module. We wrap up this week's granted patent report with our traditional listing of the remaining granted patents that were issued to Apple today.

Apple's newly granted patent covers their invention relating to the MacBook's keyboard using a key mechanism that includes their new butterfly hinge. The butterfly hinged key mechanism according to various embodiments enable substantially low travel distances with desired tactile response. The key mechanism uses a double wing design operative to move between a depressed position and non-depressed position. In one embodiment, a key mechanism includes a keycap assembly, a support structure, and a butterfly hinge having two independently articulating wings, each wing coupled to the keycap assembly and the support structure, wherein each wing is operative to pivot about its own pivot axis during a keystroke of the key mechanism. Apple's patent figure 33A below illustrates the new hinge. 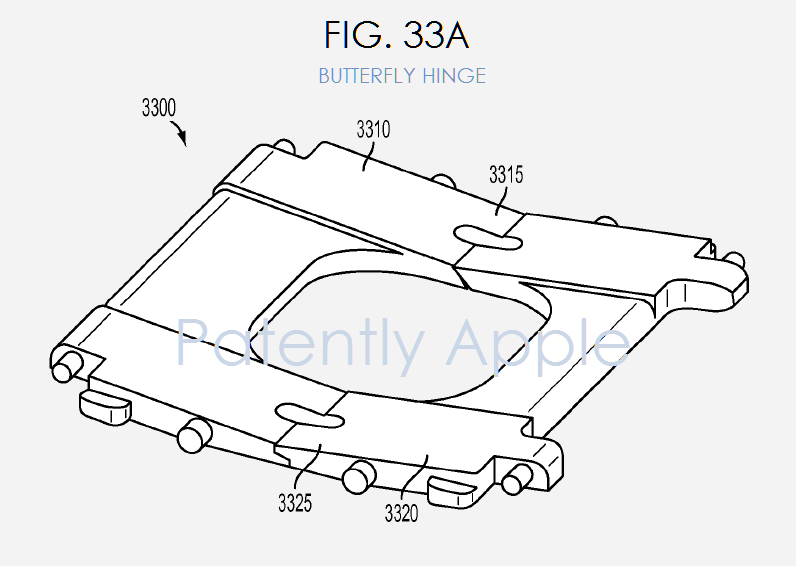 Apple was also granted patent 9,449,769 which relates to the butterfly hinge patent 9,449,772. The second patent is titled "Low travel dome and systems for using the same."

As shown in FIG. 1 above for example, elastomeric dome #100 may reside beneath key cap #200. The key cap may be supported by support structure #300 that may be composed of any suitable material (e.g., plastic, metal, composite, etc.), and may provide mechanical stability to key cap. The support structure may, for example, be a butterfly mechanism.

Apple's newly granted patent 9,451,354 covers their invention relating to the iPhone's waterproofing measures related to speakers. More specifically, Apple's granted patent covers systems, techniques, and apparatuses for expelling liquid from a cavity of an acoustic module through an orifice or opening of the module. 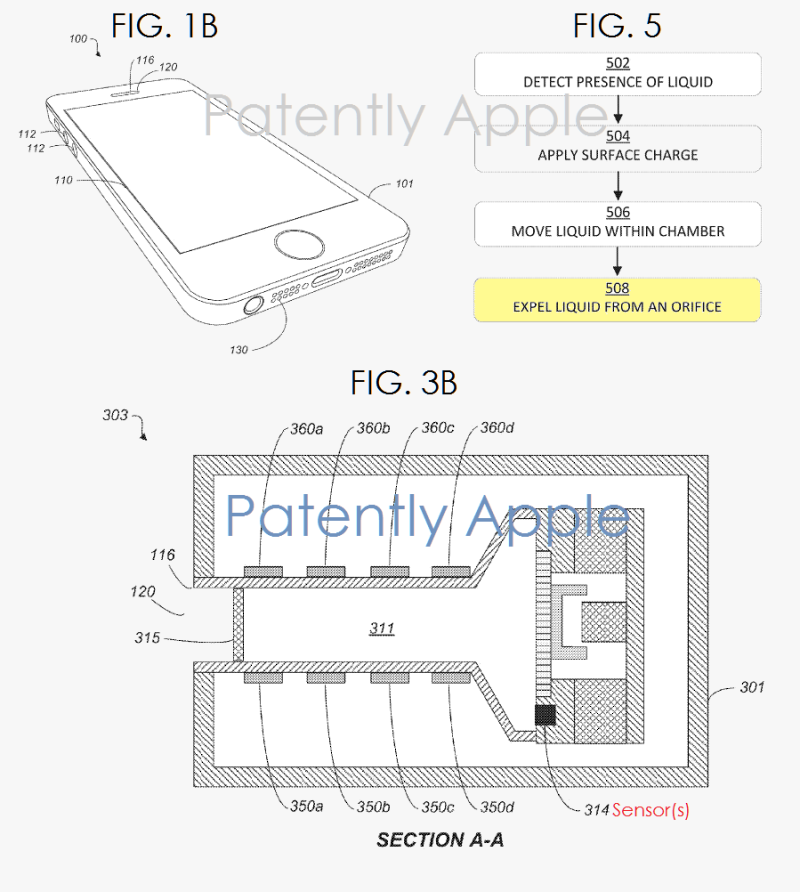 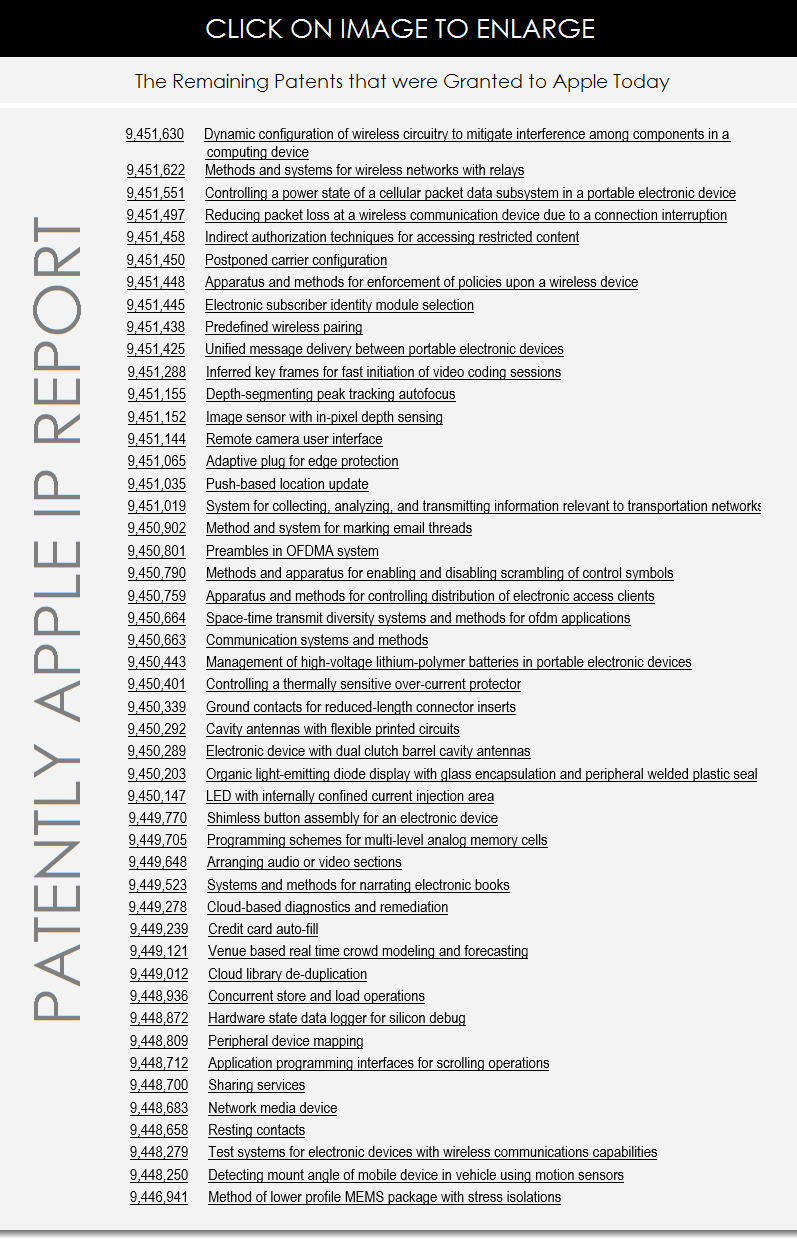