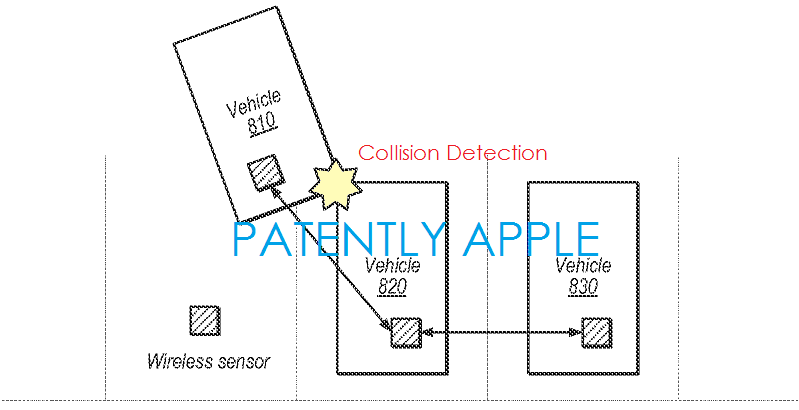 The U.S. Patent and Trademark Office officially published a series of 52 newly granted patents for Apple Inc. today. In this particular report we cover Apple's 'Bumping' wireless technology that could automatically interact and communicate with a wide range of products including modems and vehicles. In the case of vehicles,  it's able to collect collision data that could technically be used by insurance companies in the future. Apple was also granted a few design patents including one for a new Apple Store fixture. We wrap up this week's granted patent report with our traditional listing of the remaining granted patents that were issued to Apple today.

Our cover graphic covers Apple's patent FIG. 8 illustrating the use of Apple's bumping technology in context with a vehicle collision. Apple's patent FIG. 3 noted below illustrates exemplary communication between user equipment and an access point. When setting up a new modem or wireless access point (WAP) users usually have to manually type in the modem's security code into your wireless device. The bumping technique Apple's patent covers would simply the set up process by simply tapping your new iPhone to your modem and the transfer of data would be automatic.

More specifically, Apple's patent FIG. 8 noted in our cover graphic illustrates one embodiment of a methodology for identifying perpetrators of vehicle collisions. In the illustrated embodiment the three vehicles each include a wireless sensor. In our cover graphic, vehicle #810 collides with vehicle #820, causing a physical bump condition between vehicles. Based on the physical bump condition, the wireless sensors are configured to transfer information associated with the collision. The information may indicate one or more of: the time of the collusion, identification information for vehicles that experienced the bump condition, identification information for vehicles that were nearby when the bump condition occurred, the location of the vehicles at the time the bump condition occurred (e.g., as ascertained using GPS units associated with the vehicles) and so on. The bump condition may be detected by a motion sensor included in a UE (e.g., a UE such as a mobile phone of a passenger in a vehicle) or a motion sensor included in the vehicle itself.

Of course, to really make the last aspect of this invention viable, it would have to be an industry standard supported and promoted by all major smartphone vendors and insurance companies. Whether Apple is able to make that happen is unknown at this time.

For a wider overview of this invention you could check out Patently Apple's original 2014 report titled "Apple Invents Wildly Advanced Bumping Technology." If you want finer details you could check out Apple's granted patent 9,445,267 that was filed in Q1 2013 and published today by the US Patent and Trademark Office.

Apple was granted design patents today covering their 'Magic Mouse' and their new 'Grove' Planter. You could view one of the planters in the Apple Store here.

Apple credits 17 engineers from the U.S. and the UK for designing this one planter. Do I laugh or begin to wonder whether there's some phenomenal secret security feature buried in those planters? You be the judge. 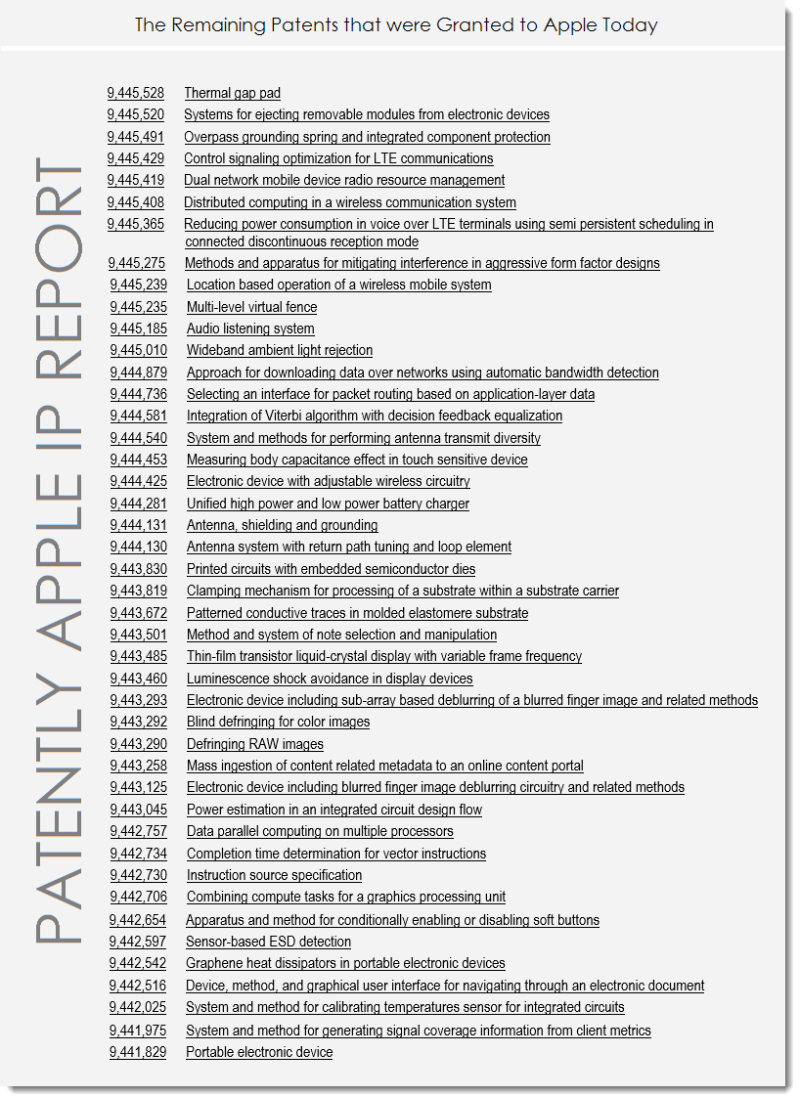