Apple's newly granted patent covers their invention relating to their lightning connector describes as a "Dual orientation electronic connector." Apple's patent FIG. 13A illustrated below is a simplified perspective view of a plug connector having eight contacts formed on each opposing surface of tab #44 according to one embodiment of the present invention; FIGS. 13B and 13C are simplified top and bottom views of plug connector 100 shown in FIG. 13A. 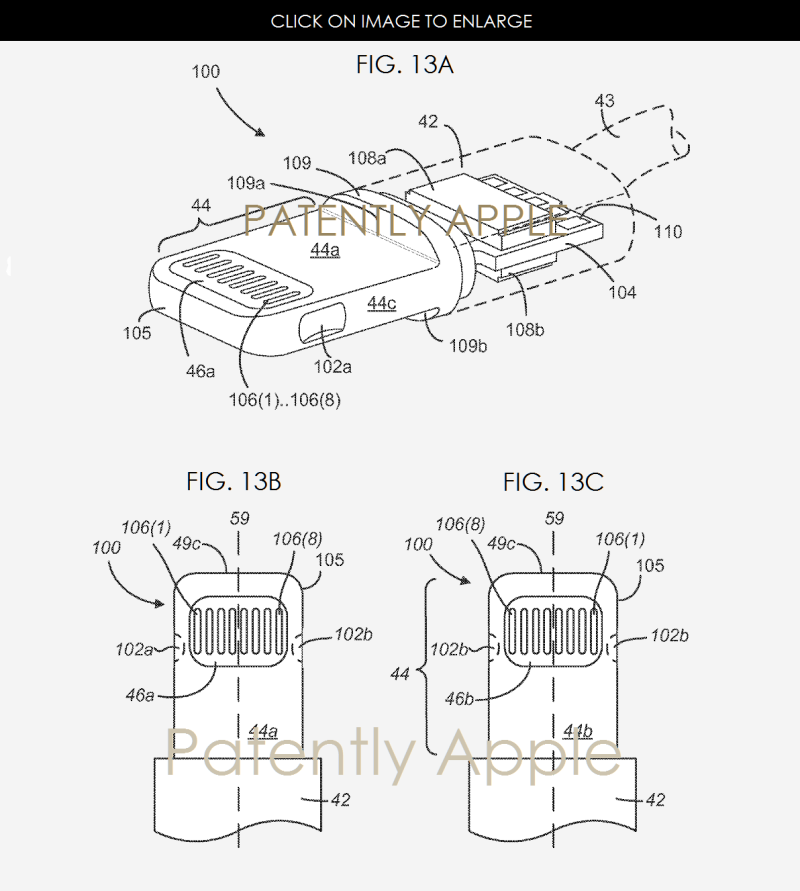 Apple's granted patent 9,437,984 was filed in Q3 2015 and published today by the US Patent and Trademark Office. Origins of the invention are noted as dating back to 2011. 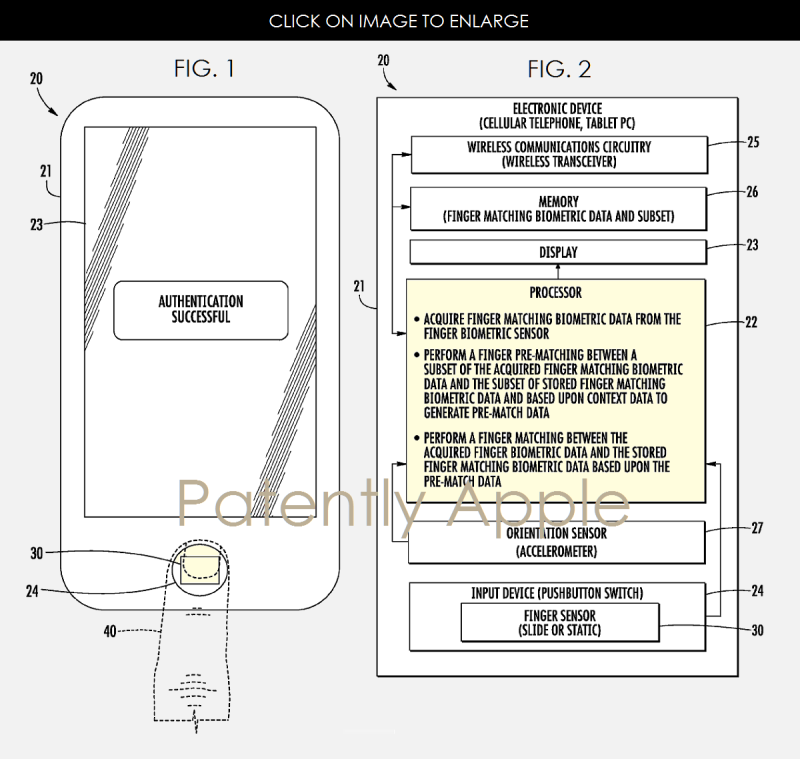 Apple's granted patent 9,436,864 was originally filed in Q3 2012 and published today by the US Patent and Trademark Office. Apple's Senior Engineering Manager Giovanni Gozzini is noted as the inventor. Gozzini came to Apple via their acquisition of Authentec. Earlier in his career Giovanni Gozzini was vice president of development at UPEK. Giovanni has over 18 years of engineering expertise with focuses on low-power silicon sensors, analog computing devices and high speed designs for telecommunication. He alsoi has deep technical experience in system level design and integration of semiconductors, hardware and software for biometric applications. 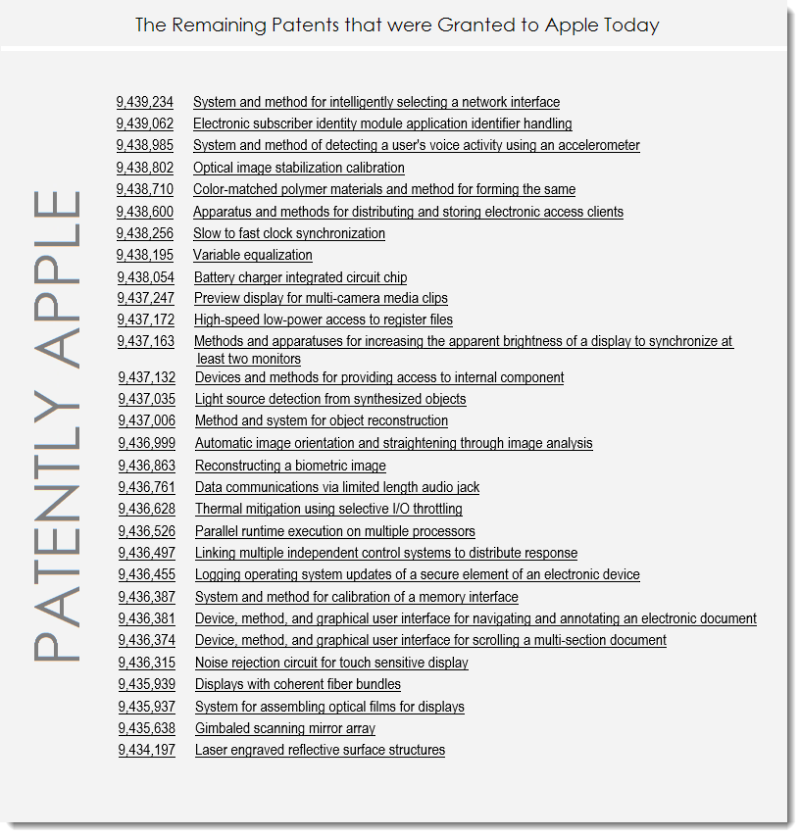