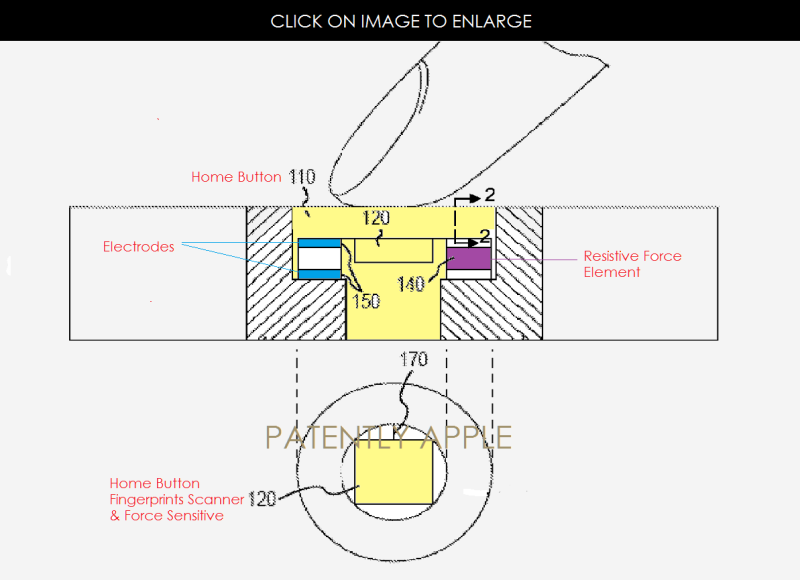 In April a Chinese site posted an iPhone 7 rumor report wherein one of the features that they noted would be coming was the Home Button switching to 'direct induction' (pressure sensitive). The idea of a pressure sensitive Home button surfaced in an Apple patent filing in February as noted in our cover graphic. Apple's patent pending invention noted that the Home button could also be based on 3D touch.

Today, Bloomberg likewise rehashes older rumored features with a fresh coat of paint about the Home button technology switch, removal of the headphone jack and a dual lens camera that will sharpen low-light photographs which we covered in an Apple patent last week on an dual camera system. Whether the haptics for the new Home button will produce a 'pop' effect as was revealed weeks ago in an Apple patent filings is unknown at this time – though the haptic mechanism illustrated just happened to take on a round home-button like shape. Read the full Bloomberg report here if you need to be reminded as to what the iPhone 7 is likely to introduce.