Apple began to explore a head mounted display system and filed their first patent for one back in 2006 which was published in 2008. One of Apple's second inventions regarding a head mounted display system was published back in April 2010 which was originally filed in 2008. After filing for a continuation patent back in March 2016, the U.S. Patent and Trademark Office officially granted this invention to Apple today under number 9,429,759. You could review Patently Apple's original patent report on this invention for extensive details and more graphics. 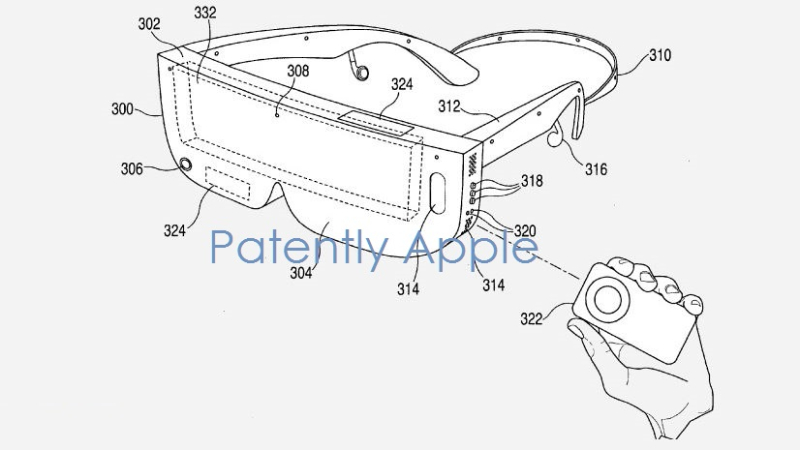 Does the concept of placing a smartphone inside a headset sound familiar? It should, because that's exactly what Samsung has done with their Gear VR headset as noted below. Once again, Apple was well ahead of the industry with this concept that others are racing to copy today – including Samsung. 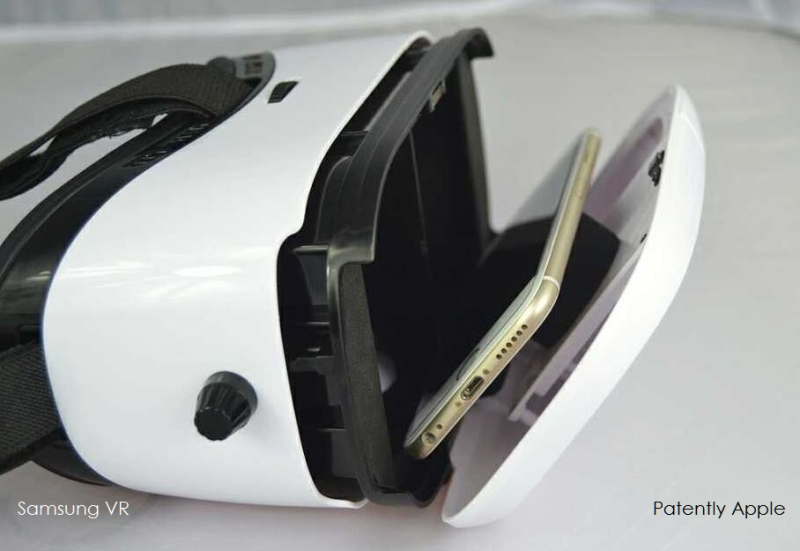 Back in January of this year Patently Apple posted a report titled "Apple's 'Secret' VR Team isn't that Secret Anymore," wherein we covered a report pointing to Apple having a team in place working on a VR headset. The report covered more of Apple's work in this area and pointed to one particular headset invention that they inherited when acquiring Israeli firm PrimeSense.