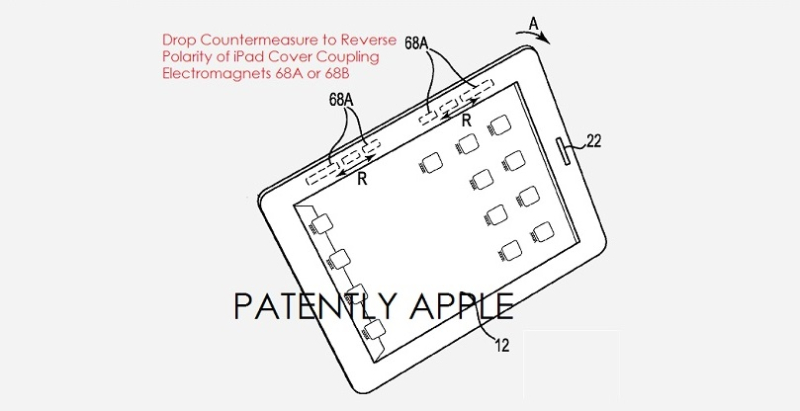 Earlier today Patently Apple published a report titled "Apple Wins Patent for Air Bag-Like Shock Absorbing System to Protect Device Cover Glass." Another patent that was granted to Apple today by the U.S. Patent and Trademark Office reveals an alternative drop countermeasures invention for the iPhone as well as for the iPad cover accessory. For more details on this invention, see Patently Apple's original patent application report posted in September 2014.

Apple's patent FIG. 2 noted below is a block diagram illustrating various internal and external components of electronic device #10 (an iPhone), including drop damage mitigation and impact countermeasure system #40. In this particular example, the system includes an accelerometer or other motion sensor #42, display #43, processor or controller #44, and actuator #45. 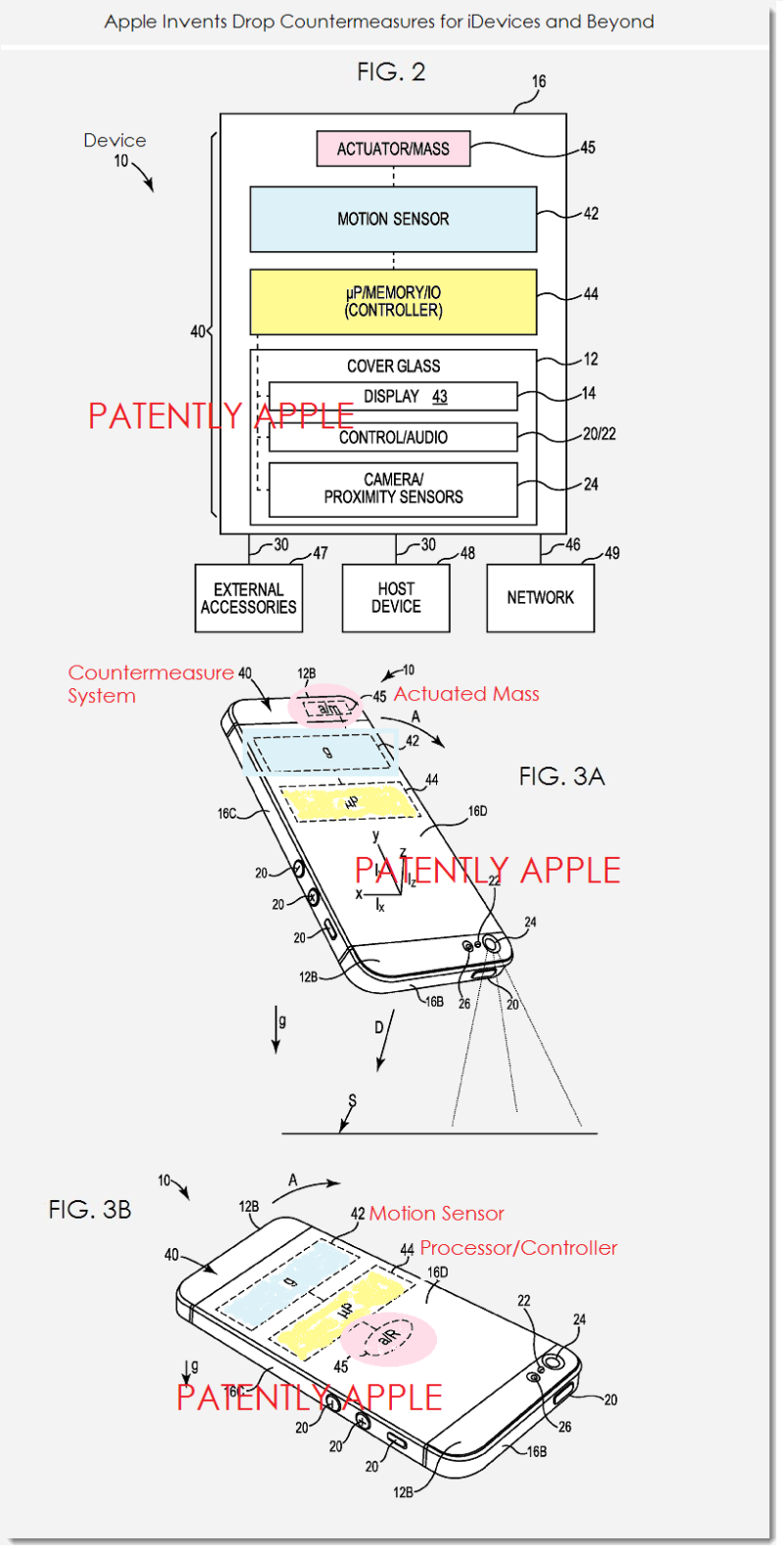 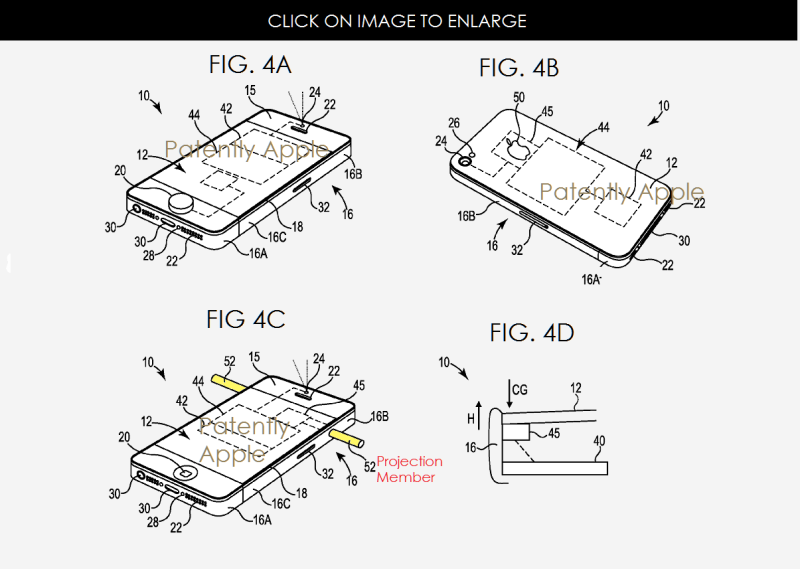